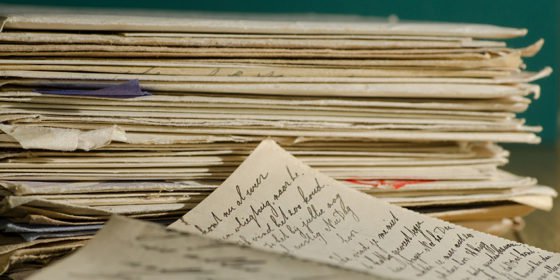 A gay man in Singapore has penned an heart wrenching open letter to his country’s leaders asking them to end discrimination against LGBTI people.

Nathan Lee wrote the letter to Prime Minister Lee Hsien Loong and other government ministers after the Advertising Standards Authority of Singapore (ASAS) ordered changes to a poster advertising a Pride event.

After receiving complaints about the posters promoting the Pink Dot event in July, the ASAS ordered organizers remove the ‘supporting the freedom to love’ tagline. It said the tagline violated the ASAS’ ‘family values’ section which mandates advertising should not ‘downplay the importance of the family as a unit and foundation of society’.

Lee wrote the open letter saying he does not believe he his country would stand by him.

‘Having done my duty to the country in the highest capacity that I could. However, something that I have learnt as of late is that my country will never stand by me,’ Lee wrote in the letter published in The Online Citizen.

‘To it I am nothing more than an inconvenience. The unspeakable. Addressing me would be toxic.

‘I am nothing more than a topic to be brushed under the carpet, to be hidden and forgotten.’

Lee wrote that he yearned for Singapore where he could not only live openly, but also to not face discrimination.

‘However, I know that will never happen, not in my lifetime, because that is not in my hands,’ he wrote.

‘The people who can make a difference, people who are reading this letter, lack the courage to do what is right.’

The author acknowledged that progress on LGBTI issues had happened in recent years, but he could not imagine equality would happen in his life time. Lee said it was time for regulatory bodies to ‘only pander to the views of highly conservative individuals’.

He argued that his community was worthy of a public discussion about their rights.

‘You see, what rips families and societies apart is not the freedom for LGBT people to love openly, but the rejection of this freedom,’ Lee said.

‘The failure to recognize that they are only human. That they too love from the heart.’

‘I am utterly disappointed by the stand taken by the Advertising Standards Authority of Singapore in their feeble attempt to pander to the hateful.

‘Today, I will remember, that the government of Singapore and its regulatory body decided to stand on the side of hate.’

Singapore is a conservative country where same-sex activities are banned under the British colonial Section 377 of the Penal Code.

Prime Minister Lee has said he would like to amend Section 377, but doesn’t believe the citizens of Singapore are ready to make that change.

The Pink Dot pride event has face a number of government sanctioned hurdles in the lead up to its July event. First, the government banned international corporations donating to the event and then police barred foreigners from attending.