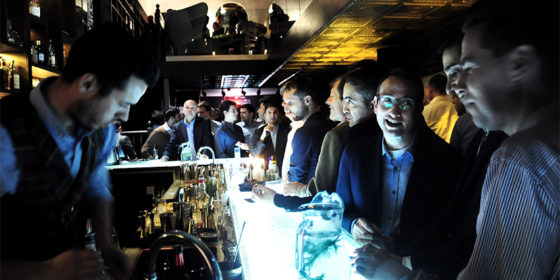 Few cities have so many globally famous icons as London. Tower Bridge is one of the world’s top 10 most recognizable landmarks. Big Ben (or St Stephen’s Clock Tower for pedants) is also on the list.

But London is also a city of hidden gems. The nooks and crannies tucked away down secret medieval alleyways, overlooked by the throngs of commuters who pass them every day.

It’s a city where even lifelong Londoners can find something new every day. And, for fear that this London should be entirely overlooked in the summer hype, here are the Gay Star News team’s favorites:

Ceremony of the Keys, Tower of London

Thousands of tourists visit Her Majesty’s Royal Palace and Fortress every day. But few know they can, if they apply in advance in writing, also return in the evening to witness the world’s oldest military ceremony – for free.

The locking of the Tower secures the castle, where the Crown Jewels are kept, for the night. But it also symbolizes how the military is responsible for the security of the whole country.

It’s been done in the same way every day for around 700 years. The warder guarded by a troop of soldiers is challenged by a sentry. When he explains he is carrying ‘Queen Elizabeth’s Keys’ he is allowed to pass. It’s all over in 10 minutes but it’s one of those experiences you never forget.

The bridge may be a compulsory photo location for every tourist, but underneath it on the north side of the river, is a little corner few Londoner’s have ever heard of.

Dead Man’s Hole was designed to retrieve corpses which were thrown into the river or washed up there. Next to the steps down to the water is a small morgue which was used to keep the bodies until they could be removed for burial.

This small block of limestone is both a mystery and a hidden gem.

Tucked away behind an iron grill, at pavement level opposite Canon Street Station, it’s entirely overlooked by the thousands of city workers who stream past it every day. But some say that if it is ever removed from the capital, the city will be destroyed.

It’s sometimes called the Stone of Brutus, after the legendary founder of London in 1,000BC. Others claim it was part of an ancient stone circle at Ludgate Hill or even the stone from which King Arthur withdrew the ‘Sword in the Stone’. It could have been a druidic altar or perhaps the Roman milliarium – the central spot from which all distances were measured in Roman Britain.

Modern Guy’s Hospital may be the ugliest building in London but at least it gives everyone access to modern medicine.

In the 19th century, things were a little more basic. And the Old Operating Theatre takes you right back to the horrors of surgery without anaesthesia.

Operations here were carried out as a spectator sport, a kind of Victorian gladiatorial show, in the roof space of a Baroque Church. Nowadays it’s a museum with the original features remarkably well-preserved and atmospheric – you can almost hear the screams of agony and see the flow of blood.

Ever wondered what real Londoners eat. Well it’s not McDonald’s. Manze’s has been serving pie, jellied eels and mashed potatoes since 1902, when it was founded by the current owner’s grandfather.

It may not be to everyone’s taste but it’s the proper Cockney deal and Manze’s still attracts long queues. It’s also a great social leveler. The Tower Bridge Road branch is close to the GSN London office and at lunchtime attracts builders and businessmen alike who rub shoulders on the wooden benches, sitting at marble tables in the traditional tiled restaurant.

The canals were London’s original motorways, drawing in vital supplies for the city’s industry and shipping out its products.

Of course, the original barges were drawn by horses and if you look closely at the bridges, you’ll see the grooves in the stone or iron where the ropes cut into them.

One of the best things to do on a sunny Sunday is to walk from Camden Lock towards Paddington basin. And the highlight is passing beside London Zoo for a free glimpse of their enormous aviary and the African hunting dogs sniffing up by the fence.

This article has been produced on an editorially independent basis. It contains affiliate links. If you click on an affiliate link and make a booking Gay Star News will receive monetary compensation.