In celebration of 25 years since the start of Spanish LGBTI magazine Shangay, the reigning monarch offered his congratulations.

He said: ‘To the readers, workers and those who have made it possible for the Shangay Group to celebrate its 25th anniversary – my most sincere congratulations.’

Shangay: ‘This is a very special moment’

It’s a landmark nod of approval towards the LGBTI community from the king of Spain.

In response to the praise, editor of Shangay Agustín Gómez Cascales told Gay Star News: ‘This is a very special moment for the Spanish LGBTI community because it’s the first time the King acknowledges the work, efforts, history and visibility of a gay company in Spain.’

Last year, he sent a message of support to the community during World Pride celebrations held in Madrid. 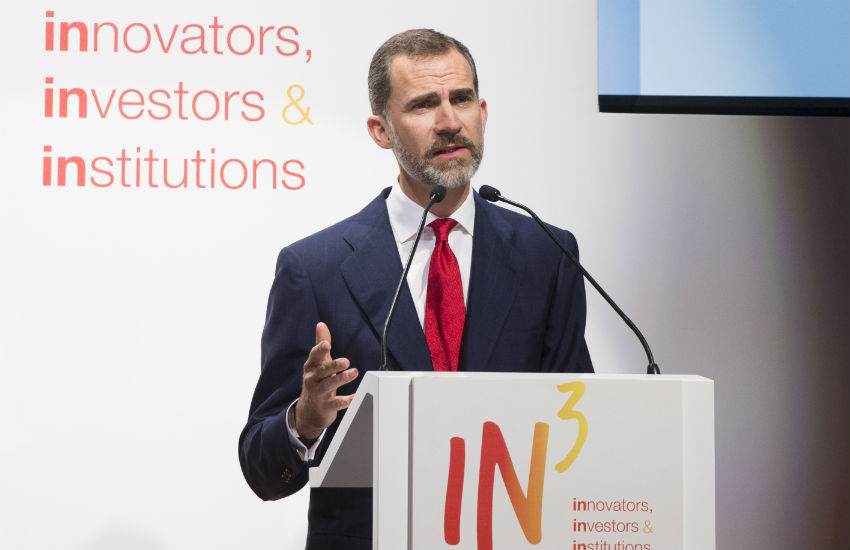 King Felipe VI ascended to the throne on 19 June 2014 after the abdication of his father, King Juan Carlos I.

In one of his first official acts as king, he invited representatives of the Federación Estatal de Lesbianas, Gays, Transexuales y Bisexuales (FELGTB) and Fundación Triángulo – two of the most important collectives that defend and represent LGBTI rights – to an official palace reception.

Cascales added: ‘This greeting message towards Shangay is very representative of an interest to openly acknowledge the work of not only activists, but also gay companies, LGBTI workers, and our efforts to be visible and enjoy rights equally as any other member of the Spanish community.’