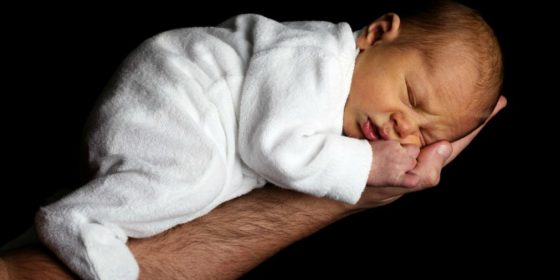 Intersex advocates are rejoicing at a paper released by three former US Surgeon Generals. The surgeon-generals called for an end to forced medical surgeries on young intersex people.

A US Surgeon General is the head of the U.S. Public Health Service Commissioned Corps (PHSCC) and leading spokesperson on matters of federal public health in the United States.

The three condemned genitoplasty and other procedures, which are often performed on infants with intersex traits.

Intersex advocates, human rights groups and even the World Health Organization recognize ‘corrective surgery’ can cause more harm than good.

The irreversible medical procedures are performed on infants or young children who cannot consent to the surgery.

‘While we do not doubt that doctors who support and perform these surgeries have the best interests of patients and their parents at heart, our review of the available evidence has persuaded us that cosmetic infant genitoplasty is not justified absent a need to ensure physical functioning, and we hope that professionals and parents who face this difficult decision will heed the growing consensus that the practice should stop,’ the three Surgeon General wrote in their paper.

‘This is an important win not just nationally but globally, as these harmful practices were pioneered in the United States, and U.S. medical institutions have been slow to question them and instrumental in exporting them throughout the world,’ Oii USA said in a statement.

‘Intersex activists across the globe have been calling for an end to medically unnecessary intersex infant surgeries… for over two decades.’

The paper comes as a new study revealed people who did not have forced surgery grew up without predicted problems.

The French study found ‘so far no major concerns have been reported from patients and their families’ and ‘with appropriate medical care and psychological support, it is possible to defer genital surgery’.

In May, Portugal banned surgery on intersex babies.

The three Surgeon Generals called on doctors to wait until children were old enough to decide for themselves.

‘Cosmetic genitoplasty should be deferred until children are old enough to voice their own view about whether to undergo the surgery,’ the wrote.

‘Those whose oath or conscience says ‘do no harm’ should heed the simple fact that, to date, research does not support the practice of cosmetic infant genitoplasty.’