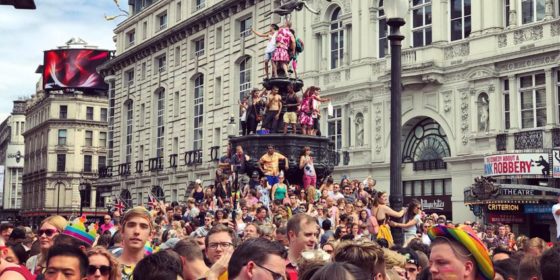 My husband and I spent a year collecting LGBTI data from hundreds of surveys, polls, reports, studies and monographs.

And the result is our new book, LGBTQ Stats: Lesbian, Gay, Bisexual, Transgender, and Queer People by the Numbers.

Ever wonder how many people around the globe live in countries where same-sex activity remains subject to criminal prosecution? Or how many trans people have been elected to public office? What relationship style lesbians prefer? Which US state was the first to elect an openly bisexual governor? Or what the top-grossing films are with LGBTQ content?

We answer these and about 1,000 other questions.

Noted economist and professor MV Lee Badgett, of The Williams Institute, says the book is ‘the most comprehensive portrait of LGBTQ life around.’

There are plenty of surprising facts and eye-opening figures.

My husband David Deschamps explains: ‘I was especially struck by the change in attitudes among young people. There has been a huge generational shift in a remarkably short span of time – from revulsion and derision to acceptance and marked casualness.’

Here is some of the most interesting LGBTI data, stats and facts we found:

LGBTIs and the law

There is no country on earth in which LGBTI citizens enjoy the same legal rights that their heterosexual counterparts take for granted.

More than 2.7 billion people live in countries where being LGBTI is punishable by imprisonment, violence, or death.

73 countries and 5 entities imprison consenting adults for homosexual acts. In 45 of these nations, the law is applied to women as well as men. In 14 countries, including Uganda and India, the potential penalty for engaging in same-sex activity is life in prison.

France became the first European country to decriminalize same-sex activity between consenting adults of the same gender in 1791. The following countries repealed sodomy laws in the years indicated:

Homosexuality remains a crime in 37 of the 52 nations that make up the Commonwealth of Nations (formerly the British Commonwealth).

Japan holds the distinction of having one of the shortest-lived sodomy laws in the world. The statute was in place from 1873 to 1883. Samurai warriors, who had a long tradition of same-sex relations, mounted strong opposition to the law and helped to get it repealed.

South Africa’s post-apartheid constitution of 1996 was the first in the world to prohibit discrimination on the basis of sexual orientation.

Lesbian, gay and bi people in the armed forces

LGB people can serve openly in the military in 49 countries, including Albania, Germany, Israel, Japan, and Thailand. Two additional countries, Mexico and South Korea, don’t ban LGB people from serving in the military, but they are often harassed and/or discharged.

Transgender people can serve in the military in 19 countries, including Australia, Canada, Sweden, the United Kingdom, and the United States.

Globally, trans women are 49 times more likely to have HIV than other adults of reproductive age.

As a result of homophobic laws, lack of sex education, and the absence of needle-exchange programs, the size of Russia’s HIV-infected population nearly doubled between 2010 (when it stood at 500,000) and 2015 (when it reached 930,000).

The AIDS Memorial Quilt was first unveiled at the Second National March on Washington for Lesbian and Gay Rights on 11 October 1987. It is composed of more than 48,000 panels. Each panel is a tribute to someone who has died of an AIDS-related illness. It is the largest piece of folk art in the world. The quilt covers 1.3 million square feet (or about 50 miles or 80 kilometers) and weighs more than 54 tons. More than 14 million people have seen it at thousands of displays worldwide. It was nominated for the Nobel Peace Prize in 1989. 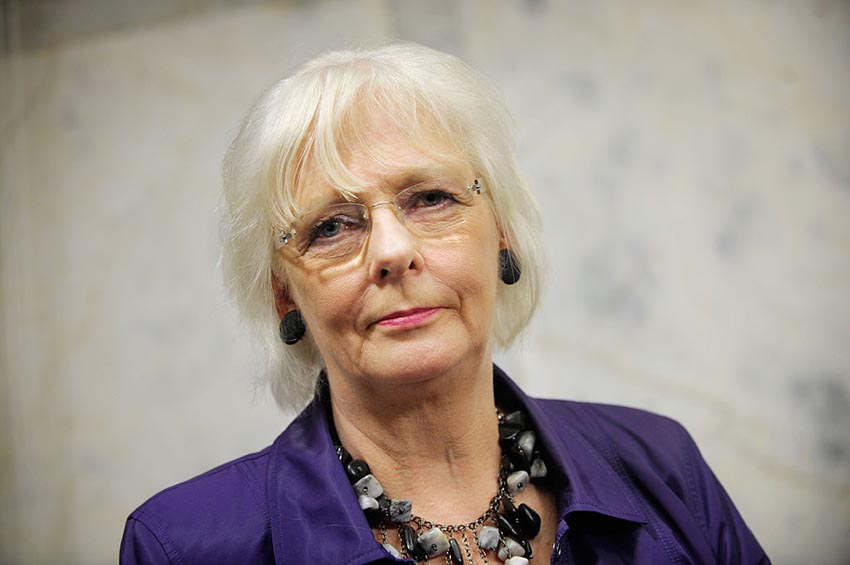 Jóhanna Sigurðardóttir  became Iceland’s first female prime minister — and the world’s first openly lesbian head of government — on February 1, 2009. She served until 2013. There have been three other openly LGBT heads of state:

According to a Washington Post analysis published in December 2015:

The ‘gay happiness index’ winners are…

In a 2015 study of 115,000 of its members, Planet Romeo – an international social network for GBT men – created a ‘gay happiness index’. It had three criteria:

Based on these criteria, of the 127 countries rated, the top nations in the gay happiness index were:

The lowest-ranked nations (in descending order) were:

What kind of relationship do lesbian and bi women want?

Where are all the LGBTI families?

The US states with the highest proportion of same-sex couples raising children are: 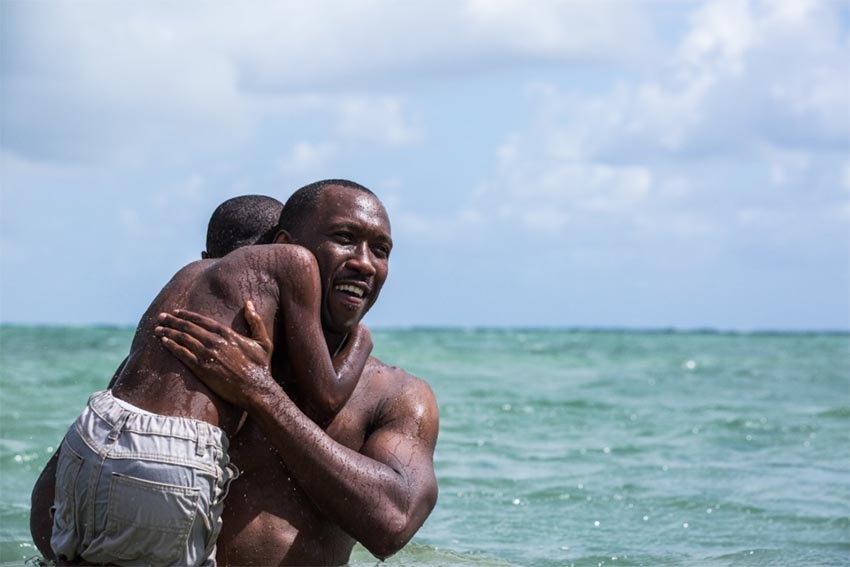 Which city in the world has the biggest Pride? 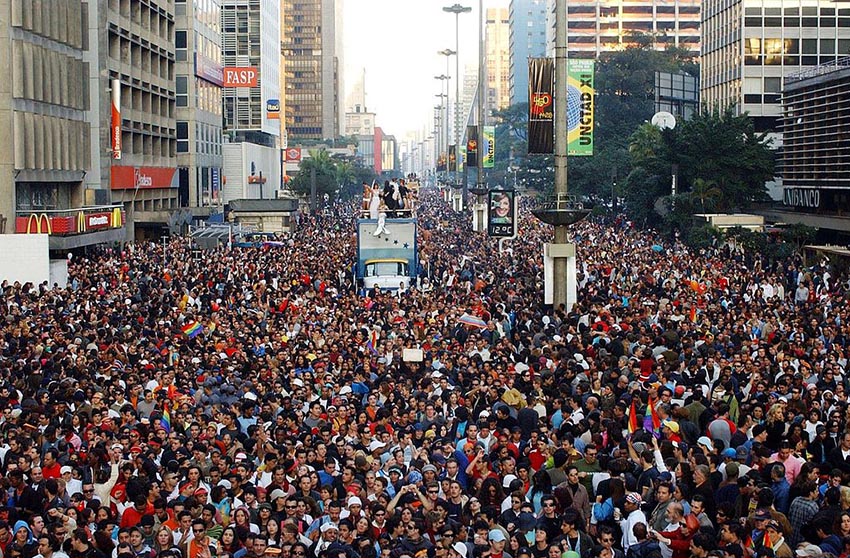 According to estimates from organizers, police, and media accounts, the largest LGBTI Pride events, calculated by the number of attendees, include:

And some ‘firsts’ from LGBTI history

Dr Magnus Hirschfeld founded the first ‘homosexual emancipation organization’ on 15 May 1897. It was called the Scientific-Humanitarian Committee and was in Berlin.

The first formally organized LGBTI movement group in the United States was the Society for Human Rights in Illinois in 1924. A few months after its founding, the group ceased to exist in the wake of several members’ arrests.

According to historian Susan Stryker, ‘the first known incident of collective militant queer resistance to police harassment in US history’ took place in August 1966. Transgender people staged a rebellion outside Compton’s Cafeteria in San Francisco’s Tenderloin district to protest mistreatment and abuse by the police.

A world of LGBTI data

LGBTQ Stats: Lesbian, Gay, Bisexual, Transgender, and Queer People by the Numbers is published by The New Press. Husband-and-husband team of David Deschamps and Bennett Singer are the authors.

To learn more or to contact the authors, visit the LGBTQ Stats site.