The Department of Justice is re-evaluating policies established during the Obama administration for transgender prisoners.

A lawsuit that was filed in federal court yesterday (Saturday, August 12) that indicated that policies which allow trans prisoners to use facilities which match their gender identity may be reversed.

Four evangelical Christian women in a Texas prison filed the case in an attempt to challenge the guidelines which allow transgender women to avoid being placed in male prisons.

Rhonda Fleming, Jeanette Driever, Charlsa Little, and Brenda Rhames are all serving sentences of four years or longer at a federal prison in Fort Worth.

The complaint lodged by the lawyers of the women refers to trans women as “men” and insists that current policies are “a politically-driven agenda” that “creates a situation that incessantly violates the privacy of female inmates”.

The plaintiff’s claim that by being in prison with trans women they are “subjected to dangerous conditions”.

The DoJ is defending trans inmates as they “have not yet proven a threat”.

However, they are not defending the policy which is currently in place to protect them.

The department suggested that the policy will be revised by the incumbent Bureau of Prisons director, a position that has not yet been filled.

For now, the DoJ appears to be halting the case brought forward by the women as they “have not exhausted their administrative remedies under the Prison Litigation Reform Act”. 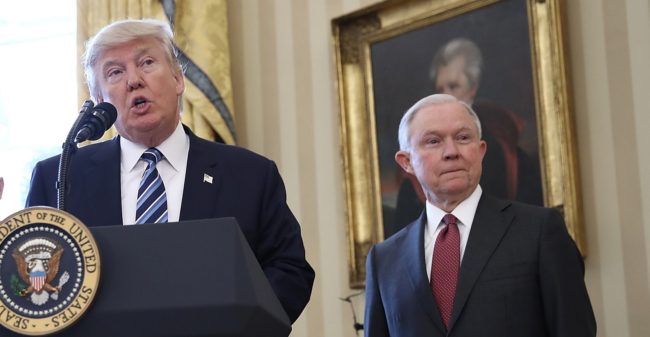 However, it is due to be heard by US District Judge Reed O’Connor, who suspended transgender protections established under Obama before.

In both cases heard by O’Connor, Attorney General Jeff Sessions withdrew appeals implemented by the federal government to defend the pre-existing policies that were intended to protect trans people.

Mia Harris, a PhD candidate at the University of Oxford, provided the insider’s guide to being transgender in prison.