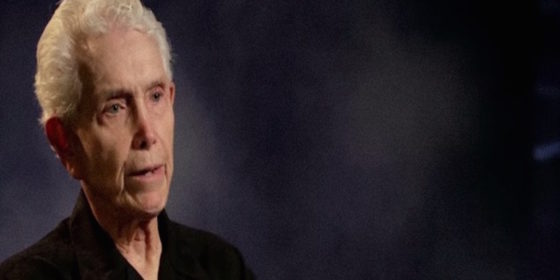 West Wing Reads, a daily email blast sent out by the White House, included a link to a transphobic piece in its 26 July edition.

This came the same week as Trump’s tweets banning trans people from serving in the military and the Justice Department deciding that the 1964 Civil Rights Act doesn’t apply to sexual orientation.

The article linked in West Wing Reads was to a piece from conservative site The Daily Signal, written by Walt Heyer.

Heyer describes himself as a ‘former transgender’ and often writes about regretting his transition.

In the article, titled ‘I Was Once Transgender. Why I Think Trump Made the Right Decision for the Military,’ Heyer writes:

‘Gender dysphoria, the common diagnosis for one who feels at odds with his or her birth gender, develops from prolonged anxiety and depression. People are not born that way.’

‘The military is expected to prepare its members in warfare: to kill, destroy, and break our enemies. The most important factors in preparing a strong military are not hormone therapy, surgical sex changes, or politically correct education,’ Heyer continues.

‘We need psychologically fit, emotionally sound, highly trained troops to protect our nation from its enemies.’

Needless to say Heyer’s opinion did not sit well with transgender people and their allies.

“Anti-LGBT activist Walt Heyer is not an expert on trans issues.” https://t.co/n2lvD0H4nx

Walt Heyer is a quack & a proven liar, but Trump, Pence, and the right wing do not care. They need a scapegoat and trans people are it. https://t.co/meaCzE3c8G

Just when you thought things couldn’t get worse, the White House is now sending out links to Walt Heyer articles… https://t.co/lQhtLwrbeT

Walt Heyer is an idiot a liar and a conman pushing pseudo-scientific BS for years now.

Trans ppl been dealing with hate projecting from Walt Heyer & his need for validation for fucking ever it feels like https://t.co/tSp5WwjUnL

‘I find the fact that the religious right continues to parade around Walt Heyer as some sort expert regarding transgender people insulting,’ Elise, a trans woman from Canada, tells GSN.

‘How is it that the poster child of the detransition movement is somehow more credible than established medical organizations such as the AMA, APA and World Health Organization is beyond me,’ she continues.

‘Furthermore, if transition regret is as big of an issue as he claims, why is he one of the only people out there talking about it? My only regret was staying in the closet for so long out of fear of the bigotry that’s rampant in rural areas.’

Indeed, many organizations and publications, including Media Matters, have discredited Heyer.