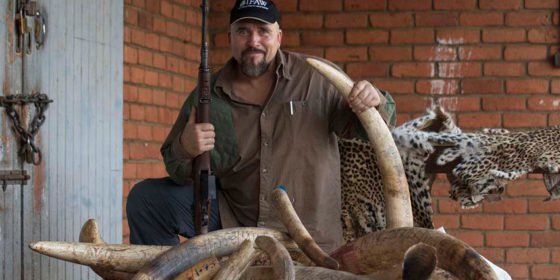 Sponsored: A full moon drifts behind a large black cloud. The light fades on a disused Chitungulu airstrip in eastern Zambia.

In the gloom, a WhatsApp message pings up on anti-poaching expert Mike Labuschagne’s phone – the ambush is on!

Within minutes a black Toyota saloon bumps along a rutted track, headlights on full beam.

It drives straight into the arms of International Fund for Animal Welfare (IFAW) anti-poaching investigators, along with undercover police and wildlife police.

It sounds like a scene from a movie. But this was a real-life ambush staged earlier this summer. Here, an IFAW spokesperson tells us more about how the bust came to be… 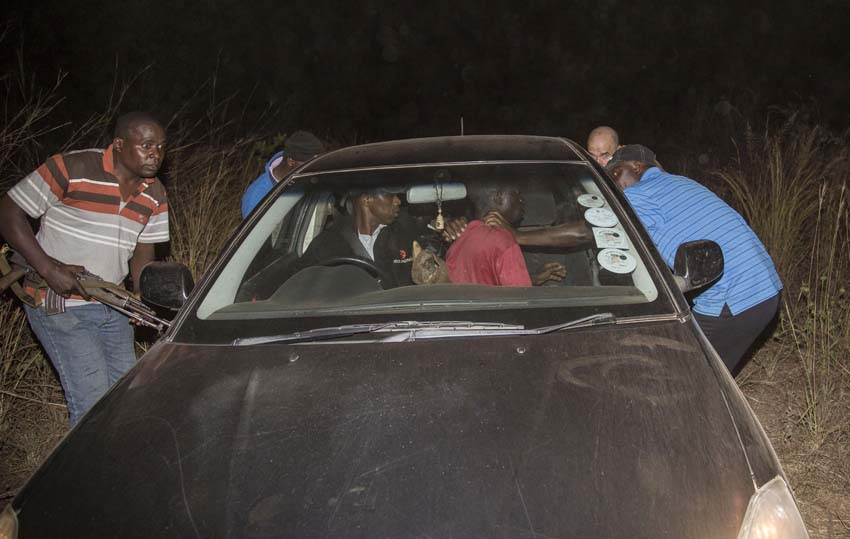 ‘Tusks so big, they couldn’t fit in the boot’

IFAW’s newly formed anti-poaching commando squad has been set up to tackle poaching in wildlife trade hotspots. These include Zambia and across the border in one of the most poaching-ravaged landscapes in Africa in nearby Kasungu National Park, Malawi.

Cramped in the car were two huge bull elephant tusks. They measured over five feet in length, and weighed 70 kilos.

They were so big, in fact, that they wouldn’t fit in the boot. Also in the car were three more poachers and an undercover Zambian Wildlife Police Officer posing as an ivory buyer.

Just seconds later, IFAW and Zambian Wildlife Police had secured the car. In the front seat was the poacher, 32-year-old William Ngulube from nearby Lundazi [pictured below]. He later admitted killing the 40-year-old bull elephant. 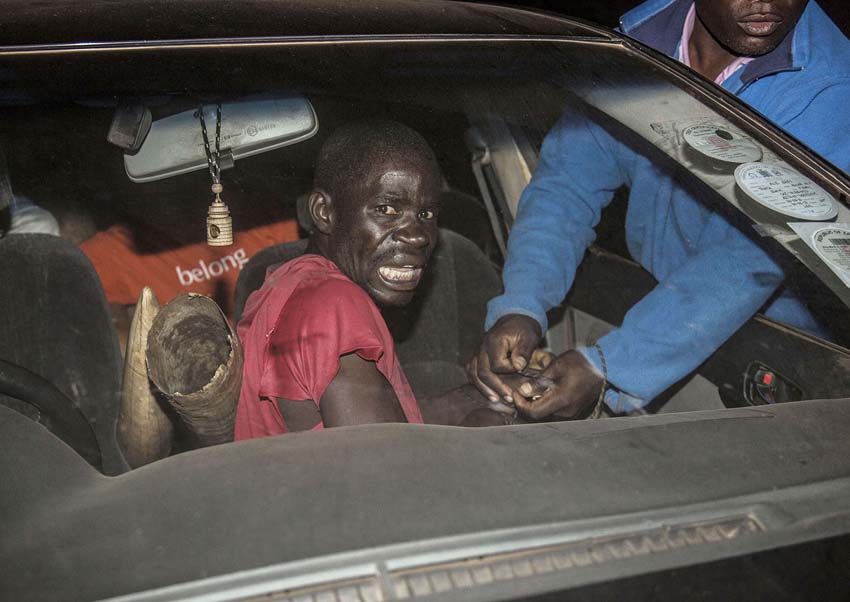 As soon as he realised what was happening he started screaming “Mamma, mamma help me.” But his repeated cries for help were not for his mother. They were to alert nearby villagers. He hoped others would come to intervene and spring them from their captors and the inevitable process of justice for their crime.

Villagers can often fall under the control of local poachers or trading kingpins. The IFAW and police team had to move the men quickly due to fears that roused villagers may arrive and begin stoning enforcers in efforts to release the suspects.

After a struggle, the killer of the elephant was dragged from the car and carried along the track to a waiting pick-up truck where three policemen threw him in the back. The other two poachers, 42-year-old Julias Kapomba and 39-year-old Gabriel Mwale, also both from Lundazi, were also hurried from their car to the pick up. 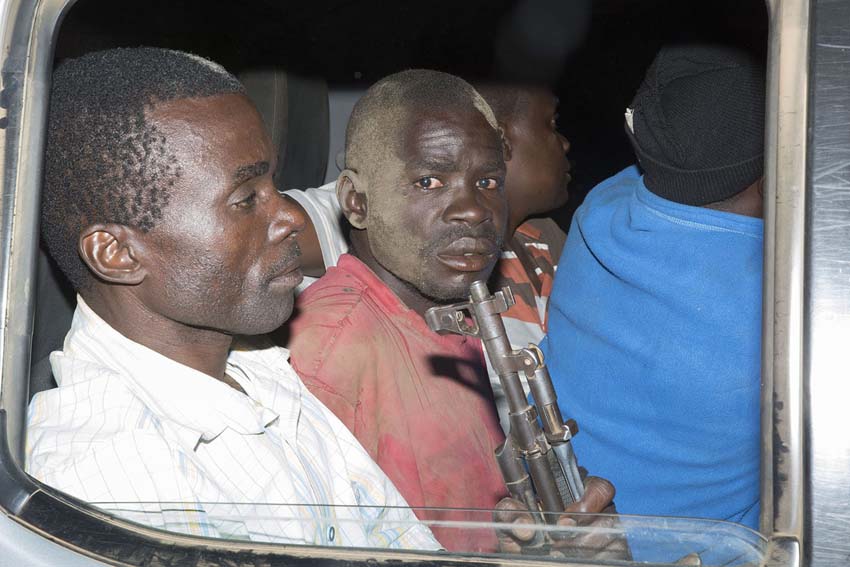 Ngulube later even revealed exactly how he brought down the majestic bull tusker. He carefully shot it so that it would bleed into its lungs, being slowly incapacitated and dying. This is a common way to take out the biggest and most powerful elephants. 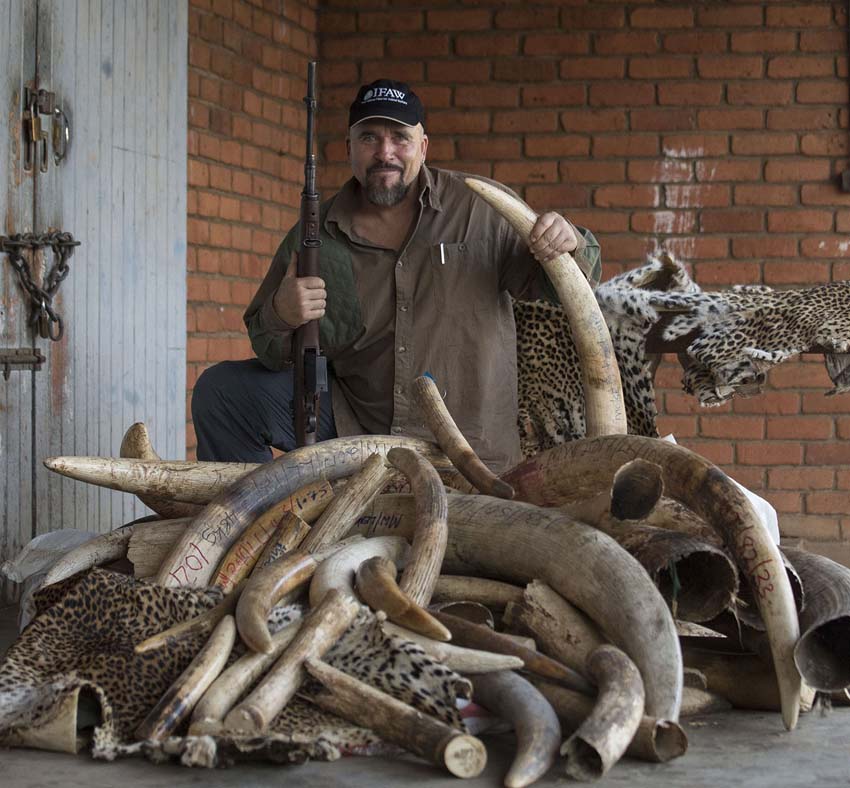 ‘One of the most poaching-ravaged parks in the world’

He said: ‘It is vital to capture and convict both hardened “trigger pullers” and first link traders. They are key to the huge global illegal ivory supply chain, which IFAW is working to break.

‘For this work, which can be dangerous, we need to build relationships. We work closely with local people to protect their wildlife and stop its decimation. Having strong local intelligence is key to our successful investigations. We have many local people willing to inform us when they know of illegal poaching and trading in wildlife.’

With a background in the military, law enforcement and conservation, his intelligence network is vital in helping to stamp out rampant poaching in the area.

Kasungu National Park in Malawi, where Mike has been working with his highly trained Commando Unit for just over a year, is acknowledged as one of the most poaching-ravaged parks in the world. 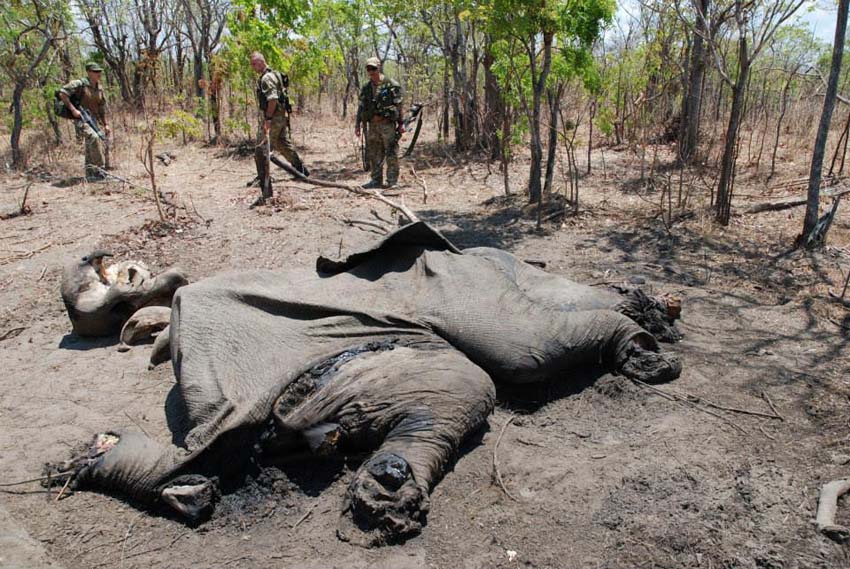 ‘A growth of the elephant, buffalo and zebra populations’

It’s lost 90% of its large animal populations over years of lawlessness. This has lead to the complete extinction of several species previously found in the park. These include the rhino, cheetah and lion.

However, within these few months of Mike and his team’s presence in the park, they had made 152 arrests. Plus a further 36 arrests in cross-border operations.

Before IFAW began working in the park, four to five elephants were poached each month. But under Mike’s leadership, only one elephant is known to have been poached over the past 18 months.

There is now clear evidence of a drop in poaching in Kasungu. Plus there is a growth of the elephant, buffalo and zebra populations in this gradually-recovering park. 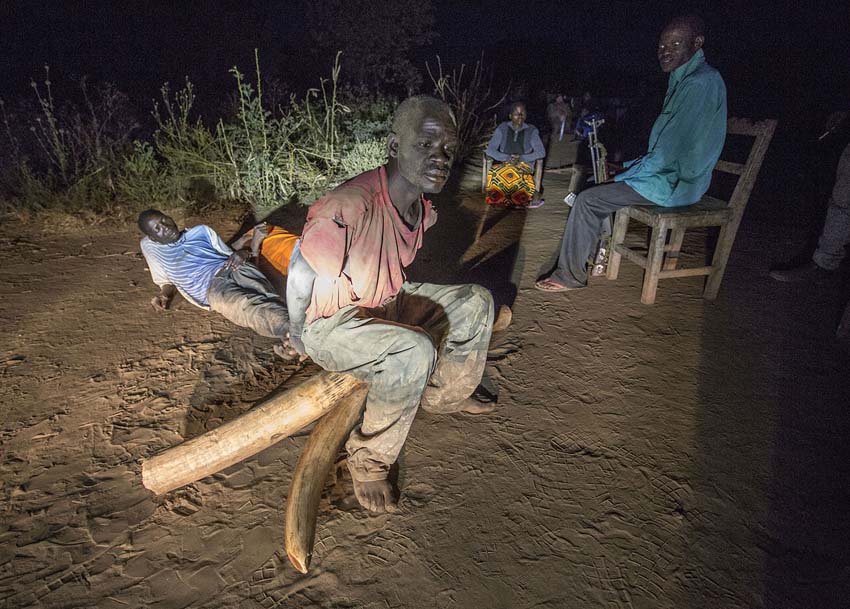 ‘If we don’t do this work, these animals will be lost forever’

The IFAW team, working in cooperation with the Department of National Parks and Wildlife Zambia is now aiming for similar results in Luambe National Park in Zambia. Plus, the huge illegal wildlife trade offtake in the surrounding Luangwa Valley.

Labuschagne added: ‘We are seeing a clear reduction in poaching incidents in Kasungu in the short time we have had a presence there. We are working to achieve the same through these intelligence-led operations in Zambia and close cooperation with our partners, to protect the remaining wildlife populations.

‘Though it can be dangerous, if we do not do this work, using our combined skills and experience to tackle organised illegal wildlife trade that fuels the global market, these animals will be lost forever.’

Close supportive work with the governments of both Malawi and Zambia is vital. The same goes for the Wildlife Crimes Investigation Unit in Malawi and the Investigations and Intelligence Unit in Zambia.

These partnerships are clearly yielding results. IFAW also works in partnership with Lilonge Wildlife Trust in Malawi and the Wildlife Crime Prevention project in Zambia. The UK government also provides financial support to the work through its illegal wildlife trade prevention program.

IFAW is a client of Gay Star News. Photos copyright of Roger Allen, provided by IFAW.