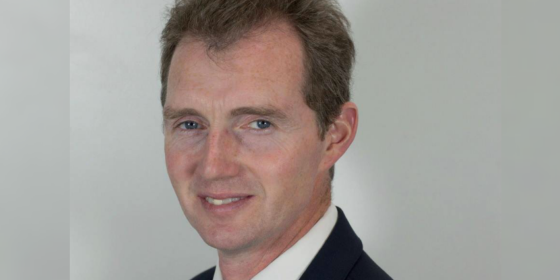 A Conservative MP has said if you have ‘male genitalia, you should only use male toilets.’

The comments mirror the ongoing debate and rhetoric in America where as many as 16 states have considered so called ‘toilet bills’ in 2017.

The Tory MP David Davies made the comments in a column in his local constituency’s paper the South Wales Argus.

He was criticizing the Equalities Minister Justine Greening’s plans for reforming the Gender Recognition act.

Though stating that ‘we should show understanding and compassion’ and not ‘discriminate’ anyone ‘confused about their gender.’

‘If a man decides to register him/herself as a woman, should he/she have the right to use women’s toilets, changing rooms, hospital wards, etc.? This would clearly have an impact on the rights of women using those facilities.

‘Some might say I am on the “wrong side of history” and “bigoted”. But I would maintain that anyone in possession of male genitalia should be expected to use male facilities regardless of what gender they feel they are.’

Trans* Form Cymru, a local support group for trans and non binary people called the article ‘inaccurate and disrespectful’, on their Twitter.

Gay Star News reached out to the gay Minister for Equalities, Nick Gibb and Minister for Education Justine Greening, who is in a same sex marriage–to ask if they’ll be asking MP David Davies to retract the comments.

The Department of Education declined to comment on Davies’ remarks. However, they pointed us to their recent announcements about continuing to drive LGBT equality.

They also said that it’s up to services and facilities providers to use discretion and common sense when it comes to gender neutral toilets. Adding that the government has produced guidance on this for service providers.

The minister for equalities Justine Greening released plans to reform the Gender Recognition act last month. They came as UK reaches the 50th anniversary of the partial decriminalization of homosexuality in England and Wales.

The UK government is proposing to allow transgender people to self-identify their gender.

It also means non-binary people will be able to record their gender as ‘X’.

It’s part of a new Gender Recognition Bill, due to be published in the next few months.

Since 2004, if a person wishes to change their gender, they need to apply for a Gender Recognition Certificate.

Currently, a doctor must medically diagnose a person with gender dysphoria. They must also spend two years living as their preferred gender.