Transgender councillor Zoe Kirk-Robinson and her wife have been the victims of a string of transphobic attacks and hate crimes in Bolton recently.

Ms Kirk-Robinson spoke out about the hate crimes which targeted her, her wife and their home.

“We’ve had people follow my wife home, throw transphobic abuse at her in the street. We’ve had a load of kids regularly throwing stones at the house and running away.”

Along with verbal abuse and attempted physical attacks, Mrs Kirk-Robinson reported an attempted break-in at the beginning of September, in which someone broke into her back garden.

While the attacks had been published in news stories prior to this, Mrs Kirk-Robinson felt as though previous reports were “condensed” and didn’t fully explain what had happened.

In regards to her calling the police, Mrs Kirk said: “We contacted the police not because someone had got in the garden – but because they were threatening to get a gang together to attack my wife.”

However, police were not sent to the house despite Mrs Kirk’s complaint, due to it being logged incorrectly on the system.

“I was told on the phone, on the 999 call, that police were coming out. But it turns out that […] the call was recorded as ‘the perpetrators have left the area and we don’t require a response.’”

When asked about the transphobia she and her wife had experienced, Mrs Kirk spoke openly.

“One night, we had half a brick thrown at the house, which barely missed my wife when it bounced off the house,” she said.

“Since then, we’ve had an increase in stones” [being thrown].

Police eventually went to their home and looked at the CCTV footage showing the break-in. They said they did not recognise the perpetrator, but think it may be tied to a gang of youths in the area, according to Mrs Kirk-Robinson.

When asked about her fellow councillors’ reaction to the crimes, Mrs Kirk said: “Conservatives are very supportive […] no one’s spoken out, but if I asked for help, I would probably get it.”

The Bolton News quoted Mrs Kirk-Robinson, who admitted that the abuse is “made worse by the police’s lack of enthusiasm when […] trying to get them to do something about it.”

“The point of bringing this to the paper wasn’t because I was […] looking for attention, my point was that we were told one thing and they wrote down another on the report.” 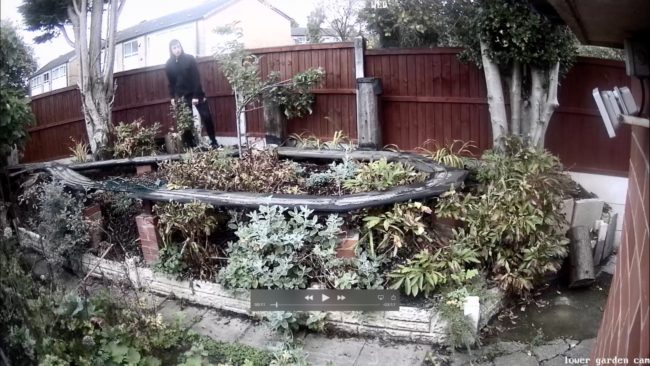 “We were waiting on a police response that we didn’t get, that they had no intention of sending.”

“But we were told that they were coming out, and that’s the problem.”

Further to this interview, Mrs Kirk-Robinson reported another attempted break-in, stating that the intruder only left “because they saw the [security] cameras.”

She got back in contact with the police and said she won’t stop until the culprits are found.