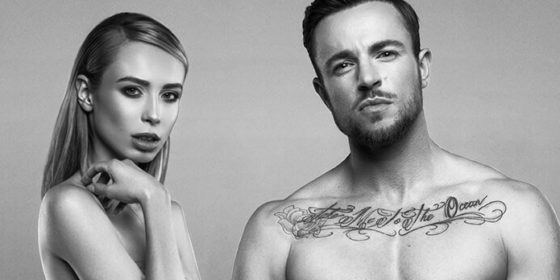 Dutch and German transgender models Loiza Lamers and Benjamin Melzer are making history – again. In a new ad, they have become the first transgender models to pose nude for  PETA’s ‘I’d rather go naked than wear fur’ campaign. You can see the ad in full and a making of video below.

PETA’s nude celebrity campaign is a mainstay of the organization. Big name stars like Pamela Anderson, Taraji P. Henson, and Eva Mendes all modeled for the animal rights organization’s anti-fur campaign in the past. Two years ago, a 90-foot billboard of Pink’s photo was erected in Times Square at the start of New York Fashion Week.

This is the first time, however, trans individuals headline the campaign. 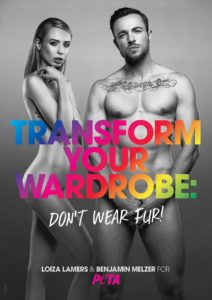 Lamers told PETA: ‘Wearing the pelt of a tormented animal who was electrocuted, beaten, drowned, or skinned alive is creepy and cruel. There are so many fur-free clothing options available now that it’s easy to have a killer look without killing animals.’

‘Fur has no place in anyone’s wardrobe,’ Melzer added. ‘We encourage all compassionate people to leave it where it belongs: on animals.’

Check out the making-of video below.