TravelOnaDate specializes in matching quality gay singles connecting people with similar values who want to share travel experiences. Only ten single gentlemen – hand-picked and pre-screened – will celebrate the first event with wine, weed, and food. The event is scheduled in Foodie town, Portland, Oregon, known for its progressiveness and natural beauty.

According to Alex Liu, the company’s founder, “We have a niche offering. Despite the major gay dating apps, gay men are still frustrated about not being able to find a long term match or serious dating partner. TravelOnaDate is a selective solution. It matches like-minded men on blind dates and provides them with relaxing, fun travel experiences.” 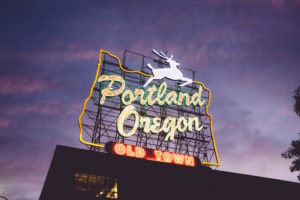 Liu added, “The backdrop of laidback, open-mind Portland culture is sure to spark something. A new friendship, a love interest or a meaningful connection – there are unlimited possibilities.”

TravelOnaDate is based on the belief that when people are outside the grind of their daily routine, they become more vulnerable and put down their guard. This makes them more open to real emotions and connections and even love. Liu continued, “Who knows, I may get invited to a wedding soon!”

As part of the event, TravelOnaDate will host Singles Mingle! on November 19th, a local singles mixer that introduces the travelers to twenty Portland-based gay singles for a night of local food and fun games.

About TravelOnaDate: TravelOnaDate is a gay personal dating planning start-up based in Portland Oregon. The company’s mission is to help connect quality gay singles with similar values who can share experiences and travel together without guess-work or effort.