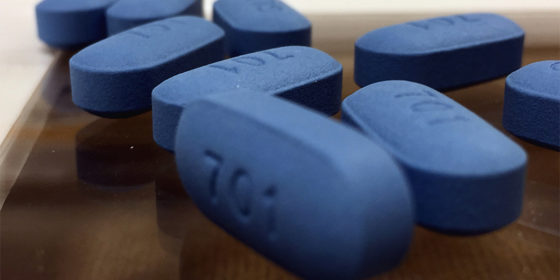 UnitedHealthcare refused to provide this gay man with PrEP, a drug known to prevent transmission of the HIV virus.

In a pre-authorization denial letter dated 11 July, the health insurance company stated that the patient was not eligible for Truvada, the HIV antiviral, because he would be using the medicine for ‘high risk homosexual behavior.’

An excerpt from the denial letter UnitedHealthcare sent

Yet, UnitedHealthcare’s 2013 criteria document for Truvada made no reference to sexual orientation.

Though the letter’s recipient chose to remain anonymous (he has since been identified as New York resident Thomas Ciganko), his denial letter was posted to Facebook by James Krellenstein, a member of ACT UP NYC.

Krellenstein wrote a letter about this to the New York State Commissioner of Health, Howard Zucker. He also started a petition for people who agree with his letter to sign.

‘There is no medical, regulatory, or biological justification for denying a patient access to Truvada due to their sexual orientation or gender identity. In fact, the use of TDFFTC PrEP for populations vulnerable to HIV infection — including gay, bisexual and other men who have sex with men (MSM), and transgender people — is one of the three pillars which Governor Andrew M. Cuomo’s “Blueprint on Ending the AIDS Epidemic” relies upon to dramatically reduce the number of new HIV infections within our State,’ Krellenstein wrote in the letter to Zucker.

‘UnitedHealthcare’s blatant homophobia is endangering the health of at least one New Yorker. As our State’s Health Commissioner, it is your responsibility to ensure that all New Yorkers have the right to access effective and competent medical care, regardless of their sexual orientation or gender identity,’ he continued.

On 5 August, UnitedHealthcare released an official apology and changed its policy on Truvada ‘effective immediately.’

‘We apologize for the insensitive language appearing in the letter and regret any difficulty it caused. We have corrected our letters, removed the prior authorization requirement for Truvada and members can fill their prescription at the network pharmacy of their choice,’ a UnitedHealthcare spokesperson told NBC News.