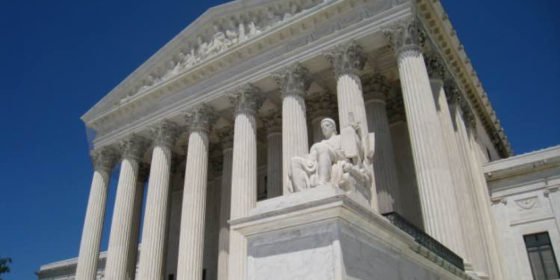 The US Supreme Court has reversed the Arkansas Supreme Court’s decision to deny same-sex married couples’ right to be named on their children’s birth certificates.

The high court’s decision on Monday (26 June) comes on the second anniversary of same-sex marriage being made legal in all 50 US states.

The court made its decision without requiring oral argument or additional briefing on the case.

They wrote that the Arkansas Supreme Court’s decision denied married same-sex couples access to the ‘constellation of benefits’ that the state has linked to marriage.

The families in this case were represented by the National Center for Lesbian Rights (NCLR) which had called the state’s actions ‘blatant discrimination.’

‘Today’s decision means that millions of married same-sex couples across the country can breathe a sigh of relief, knowing that this type of blatant discrimination against their families will not stand,’ said NCLR Family Law Director Catherine Sakimura.

‘Marriage equality is settled law and protects same-sex parents and their children from discrimination.’

Under Arkansas law, when a married couple has a child, the spouse of the birth mother is automatically listed on the birth certificate as the child’s parent, regardless of how the couple conceived the child or whether the spouse is genetically related to the child.

The lead plaintiffs in the case were married couple Marisa and Terrah Pavan who used an anonymous sperm donor to conceive their child.

When their daughter was born in 2015, the Pavans completed an application for their child’s birth certificate and listed both spouses as parents.

The Arkansas Department of Health omitted Marisa Pavan’s name on the birth certificate and listed Terrah Pavan as the only parent.

After the ruling, Marisa Pavan said in a statement: ‘Arkansas is our home. We are rooted there. Our families are there. Today’s decision guarantees that the family we love will be respected and protected in the home we love.’

Another Arkansas couple in the case was Leigh and Jana Jacobs who had a similar experience the when Leigh Jacobs gave birth to their son in 2015.

‘Today’s decision gives me comfort that my growing family, and other Arkansas families, will receive the respect and protections we deserve,’  Jana Jacobs said in a statement.