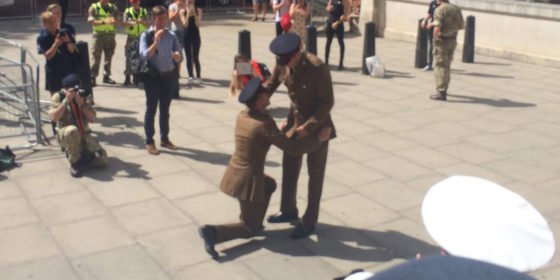 It appears that the annual Pride in London festival is becoming the place to pop the question.

This year’s parade, which took place on Saturday, featured another police proposal and a hunky rugby player throwing a surprise for his partner.

The two men met at the same event last year. Dagg thought it fitting that Pride should be the setting for his proposal.

He then got down on one knee and whipped out a ring. A stunned Thorne managed to stay composed enough to say ‘yes’ to the proposal. 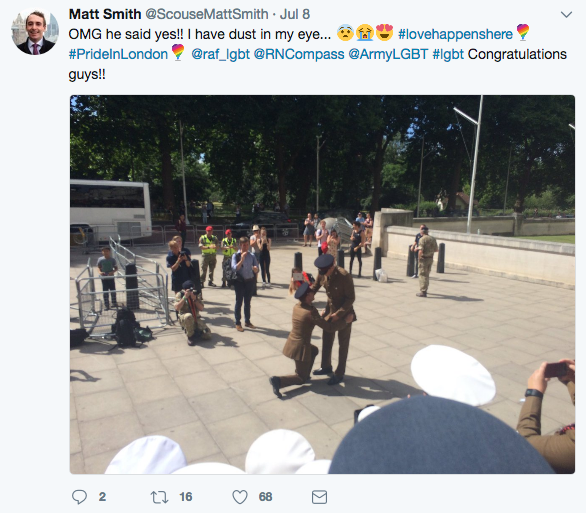 The ban on gay military personnel was lifted in the UK in 2000. Since that time the armed forces have worked hard to welcome LGBT service men and women.

The British Army raised the rainbow flag at dozens of its bases around the world to mark Pride season. It even created a special rainbow camouflage make-up stick to give out to Pride-goers in London on Saturday. 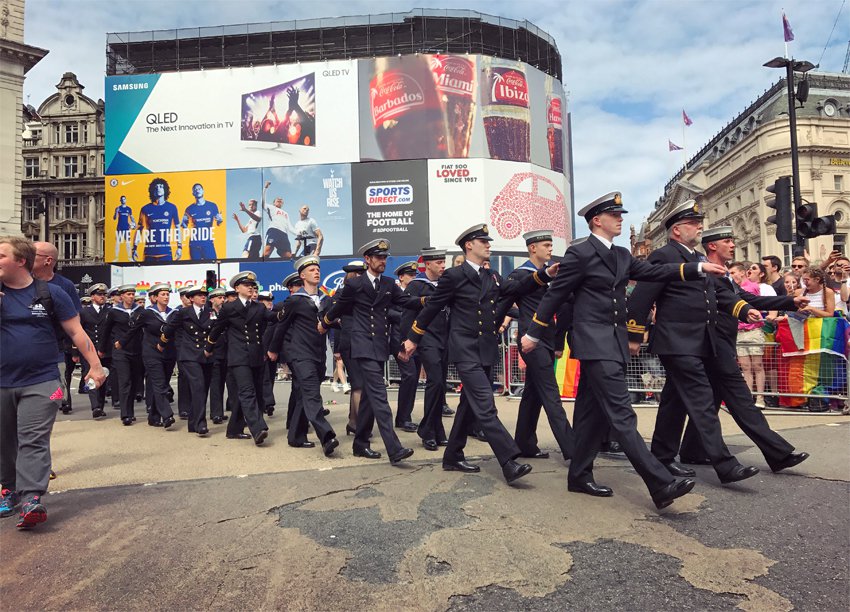