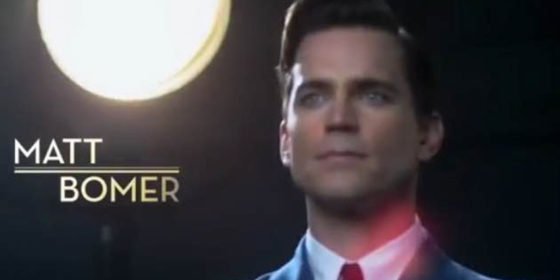 Matt Bomer can be binge-watched for the first time.

The busy actor is returning to the small screen on 28 July in the Amazon series The Last Tycoon and its Bomer’s first series for one of the major streaming services.

Amazon unveiled a trailer for the series on Friday (2 June) and we see Bomer as Monroe Stahr, a dashing, talented and straight studio executive who is struggling to find his place within the movie industry and the world.

Monroe is caught in a power struggle with his boss and mentor, Pat Brady, who is portrayed by Kelsey Grammer.

The show is set in 1930s Hollywood and is based on the final unfinished novel of F. Scott Fitzgerald.

It was inspired by the life of film mogul Irving Thalberg and his rise to power. Grammer’s character is based on Louis B. Mayer.

Since coming out publicly as a gay man in 2012, Bomer has continued to work non-stop in gay and straight roles.

After wrapping up a six season run on TV’s White Collar in 2014, he starred in American Horror Story: Hotel, in the Magic Mike feature film and its sequel, and was nominated for an Emmy and won a Golden Globe Award for his performance in HBO’s The Normal Heart.

Bomer also appeared in The Nice Guys with Ryan Gosling and Russell Crowe and has a role in The Magnificent Seven with Chris Pratt and Denzel Washington.

He next stars in the upcoming film Walking Out and has wrapped the movie Anything.