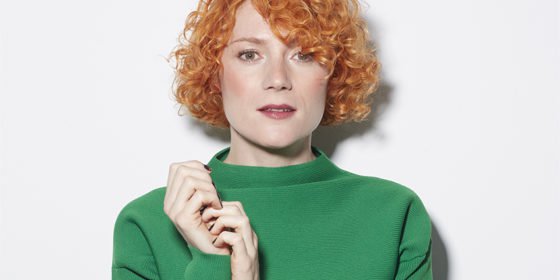 Anyone looking for a candid and humorous insight into the issues facing those looking to transition can add The New Girl by Rhyannon Styles to their summer reading list.

Styles has been known to many on the London gay club scene for several years. She earned a name as a 00s club kid at nights such as Kashpoint and Nag Nag Nag.

Dressing up in outrageous costumes each week led to her carving a career as a performer. Besides solo shows, she was a regular part of the Lipsinkers drag troupe, and performed at festivals from Glastonbury to Australia.

However, at the same time, she struggled with depression. Realizing she felt more much comfortable and happier presenting as a woman led to he to face up to her own gender dysphoria. In turn, this led to her decision to embark on transition in 2013.

It’s a process she details in The New Girl, which begins with her rural background in a small village in Staffordshire, her escape to London, and her discovery of the gay scene and cabaret.

There’s also her battle with drug and alcohol abuse, the challenges she has faced in transitioning on the National Health Service, and the painful process of telling her family.

She talks openly about her thoughts on gender reassignment procedures, and issues she has faced when dating (top tip: You’re less likely to get transphobic abuse on Grindr than Tinder!).

She writes in fresh and breezy style: the very opposite of ponderous, naval-gazing, even when covering quite dark periods of her life.

It’s a memoir that will resonate with many – not just those curious about transition but anyone who has escaped small town life for the bright lights of the city.

‘It was crucial to reach out to other trans women’

Styles visited the Gay Star News offices yesterday to take part in a Facebook Live interview about the book. She offered advice for anyone else who might be struggling with their gender identity or thinking of transitioning.

‘It was crucial for me going through my transition to reach out to other trans women who had been through the journey,’ she says when asked about finding support.

‘Particularly going through [UK national health service] the NHS. The NHS is very overwhelmed so there were quite a lot of periods of no contact. I didn’t really know where I was in the system. There were times when I really felt like I was drowning. I didn’t know what to do.

‘So to have trans women to talk to, where they could re-assure me that everything would be OK and that I would eventually got the help that I needed was so comforting.’

Styles says in The New Girl that YouTube became a valuable resource, and she watched video after video from other women who had experience of transitioning. She also cleaned up her act by attending Narcotics Anonymous and taking up regular meditation.

‘You have to be really kind and patient with people,’ she says when offering advice to others. ‘Anyone who’s transitioning themselves and who’s having a hard time should just really breathe.

‘Know that things will change when they’re meant to change. It’s not something that you can hurry up. As hard as it may feel sometimes, it has its own timeline.

‘And to anyone who knows someone who is transitioning, I would say you have to really make the effort. It is difficult to adjust your brain that they might have changed their pronouns or their name. Just talk with them. The best thing to do is to be honest and have communication.’

Watch the interview below. The New Girl is available via all good book retailers now.