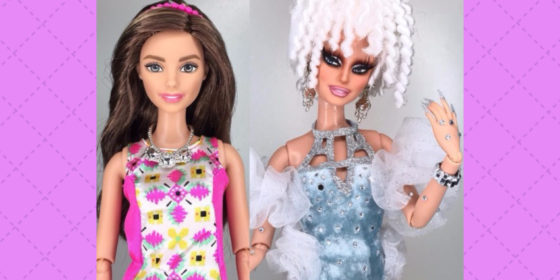 Growing up, Jonathan loved Barbies. And now, he’s painting their faces and turning them into fierce RuPaul’s Drag Race contestants.

Jonathan isn’t alone in making the Drag Race dolls either – he gets help from his supportive mom.

‘She’s always, like, loved drag queens and stuff,’ Jonathan says of his mother. ‘But I think the more that I’ve gotten her working with these she’s been watching the show.’

To transform the Barbies into drag queens, Jonathan uses acrylic paint and watercolor pencils. He says it takes around three days to complete the look.

Watch the video below: