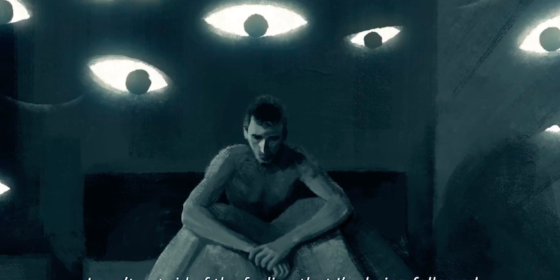 The Russian LGBT network has released a powerful new video that explores what victims of the ‘anti-gay purge’ are going through in Chechnya.

It comes as the group releases a new report, based on interviews with 33 men.

The report details how dozens have died.

It’s now thought over 200 are victims of the ‘anti-LGBT purge.’

The activist group says that victims are subject to torture, humiliation, and extortion based on their assumed homosexuality.

Speaking to GSN, the group said they plan to now take action to the International Criminal court if Russia does not start a criminal case. They call the purge a ‘crime against humanity’ in the report.

LGBTI people in Chechnya have been facing waves of violence and persecution since December 2016.

The most recent wave began in July and the Russian LGBT network says is continuing to this day.

Though initially, gay men faced the persecution, now all LGBTI people are victims.

A new video by the Russian LGBT network, ‘Unable to breath’ explains the context of the ‘anti-LGBT purges’ following years of war in the Russian Northern Caucus.

Warning, the video features accounts, and visualizations some viewers may find distressing:

The video follows one man’s account from the report.

He says ‘coming out is impossible in Chechnya.’

Living with his wife and family, he takes great care in hiding his sexuality.

Despite great caution, one online trail led police to pull him from his family home.

Facing a week of persecution he was kept in a ‘soggy basement with thick walls’.

He was unable to acknowledge his fellow detainees, some that he knew, for fear this would confirm the authorities suspicions.

Describing his and others torture, he describes accounts of the use o metal coils and electricity in sessions where men are beaten in rooms next to each other.

Though released a week later, everyone knew why he’d been arrested, making living in Chechnya very difficult.

He says his family didn’t believe the police’s suspicions, but if they had ‘they would have murdered him themselves’

The Russian LGBT Network told GSN they have concrete evidence of two cases where family members killed someone suspected to be gay.

Eventually, he was forced to flee.

Since 1 April this year, the Russian LGBT network say they have helped more than 60 people flee the Chechen Republic.

Chechnya has a ‘legal privilege’

This is not the first report to compile interviews with people from the area.

The Human Rights Campaign released a 42-page report on the persecution of gay men in Chechnya based on interviews with 6 victims.

However, this new detailed collection of 33 interviews also contains historical context about what is happening in the North Caucus in great detail.

It explains that 10 years ago, Moscow granted the authority over the Chechen Republic to a then 30-year-old Ramzan Kadyrov.

Charged with fighting Islamist separatists they received exemption from the rule of Russian law.

Therefore, this immunity became the basis for the regime that exists in Chechnya today.

A spokesperson claimed in April that reports were ‘absolute lies and disinformation’ and there were no gay men in Chechnya.

One method of stamping down on the separatists in the regime was by implementing a sense of ‘shared responsibility.’

Therefore, the state suggested separatism arises from the family upbringing.

Instilling the concept to keep the Chechen society from armed conflicts, all those linked to separatists must ‘share the responsibility.’

This led to relatives of separatists held hostage, households set on fire, as well as lynch laws and mob trials.

LGBTIs are only the latest minority to face persecution

With cases of Islamist separatism now lower, the report says:

‘The fight against terrorism was no longer a viable reason to justify the existing absolutist regime.

‘The Chechen authorities started an active search for yet another reason to remain.’

The report says Chechen authorities have done this by cracking down on dissidence.

‘The state and leader Kadyrov perpetuate the general rhetoric of morality, they chose the moral lines between who can live and who can die.

Reflecting on the move from a crackdown on Islamist separatist groups to LGBT people the spokesperson said it was not unlike the Martin Niemoller poem ‘and then they came for us.’ Adding:

‘When there is one person who sets these morals you never know who is next.’