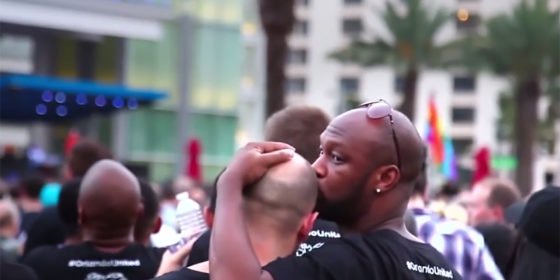 YouTube Spotlight launched this video as part of the campaign and already has more than 3 million hits on YouTube.

It also includes Peppermint and Shea from the recent season of RuPaul’s Drag Race, as well as RuPaul himself.

‘It’s so important that we keep fighting for the right to be who we are. The right to love whoever we we want to love’, is one of the testimonies you’ll hear throughout the two-minute video.

The video was targeted by numerous homophobic, biphobic and transphobic comments, receiving over 150,000 downvotes.

If you’ve visited YouTube, you’ll also see there is a Pride flag waving right next to their name.

Though YouTube has released this moving video in support to the LGBTI community, they still have yet to completely remove the ‘family filter’.

Earlier this year, LGBTI YouTubers have realized that their videos haven’t been showing once the ‘family filter’ was ticked on which restricted content that seemed ‘inappropriate.’

While they issued an apology, and promised some videos would be unrestricted, YouTube said earlier this year they have no plans to remove the filter.