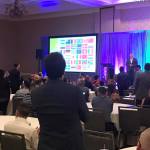 St. Petersburg in Florida this weekend is living the rainbow spirit and invited the world.
Already the home of the largest gay pride event in the State of Florida, St. Petersburg is the host of the International Gay and Lesbian Travel Organization Annual event.

Last year the summit was held in Capetown, South Africa, this year it’s the Sunshine State of Florida – and the sun is shining bright.

Delegates from more than 34 countries are representing the rainbow and big business of the global travel and tourism industry. 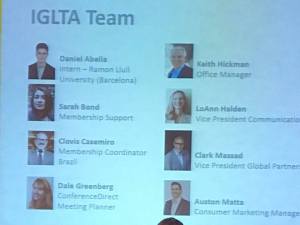 UNWTO, PATA, and attending tourism boards from around the globe understand the importance of the LGBTQ tourism dollars and are attending in full force. Among the top sponsors of the event is Delta Airlines, Hilton, the City of Madrid and it’s famous pride parade, Hyatt, Belmond, MGM Resort, Atlanta CVB, Washington DC, Italian Tourism, Marriott International, Melia Hotels International, the City of Nice and United Airlines.

Attending are many more tourism boards and CVB’s including Israel, Athens, Argentina, Guam – among others.

Most tourism businesses and destination understand how important it is to welcome LGBT travelers because it means big money, but the global LGBT community is not immune of widespread discrimination including murder, rapes, mob attacks, abuse by police and authorities, criminal sanctions, treatment or surgeries forced on LGBT and intersex persons, humiliation, bullying, job discrimination.

Tourism has played an important role and has been effective to overcome such issues in many parts of the world. A good example is the Seychelles where criminal penalties against LGBT people were recently removed and now the minister of tourism in charge at that time, Mr. Alain St.Ange is running to become the next Secretary General of the UNWTO welcoming LGBT travelers to the Indian Ocean paradise with open arms.

Safeguarding the rights of LGBT people has also become a subject of focus in international diplomacy, as aid donors such as the European Union have applied pressure on governments which have been less protective of equal rights for LGBT citizens.
Hostility towards LGBT people can cause damage to a country’s brand reputation.
Reflecting the rich diversity of the human race, LGBT people are highly diverse. There are LGBT people in every country in the world. It is important to note that, as with travelers in general, an LGBT person’s experience may vary widely, depending on gender expression, skin color, citizenship, income, or ability. There is no one type of person or one singular experience of traveling as a LGBT person. 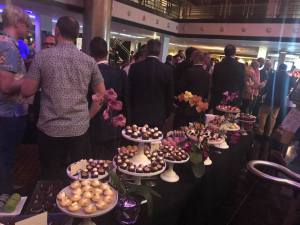 This weekend it’s not only about serious business, it’s about fun, fellowship and to get to know this exciting destination. eTN is proud to be part of it and it’s participating at the media roundtable on Friday afternoon.

The post World Tourism with IGLTA2017 turns to a Rainbow in St. Petersburg, Florida appeared first on eTurboNews (eTN).