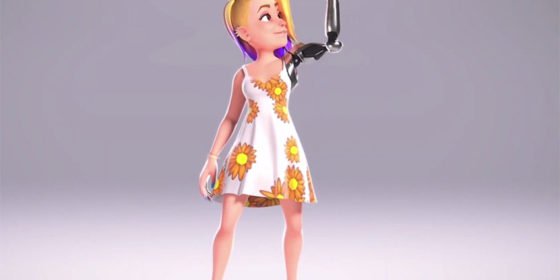 Originally male and female characters could only dress in clothing for their genders but a new update revealed at the E3 game festival in Los Angeles on Tuesday showed a modification to this system.

Designer Kathryn Storm said: ‘Our avatars are built with inclusivity absolutely in mind, with more options and flexibility.’

As well as scrapping the boy and girl choices for clothing, the update will also include wheelchairs for characters.

Project manager Bryan Saftler said: ‘At the end of the day, your avatars are meant for what you want your digital self to represent. We don’t want to put you in a box, there’s no more checkboxes.’

It seems Xbox are following on from the Sims franchise; in that game they scrapped men-only and women-clothing just last year. Fan reaction to this was positive.

The update will be released for Xbox consoles in the autumn.