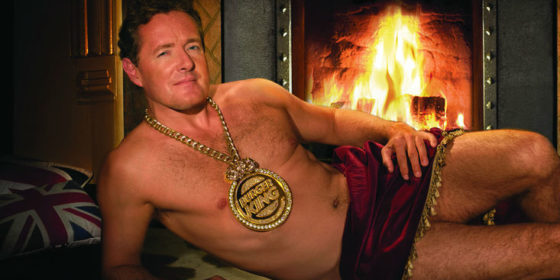 Live on air last week he made comments about it being his last day:

‘It’s our last day tomorrow before we break up for the summer. So last chance to see us, possibly ever,’ Piers commented.

To commemorate rumors he has left Good Morning Britain indefinitely, we’re taking a look back at some of his controversial moments in no particular order.

1. ‘What if I wanted to identify as an elephant?’

Piers Morgan made prejudiced comments when discussing being non-binary with activists Fox and Owl.

Piers asked where the boundaries were for children in schools who could come in an identify however they want. He pitched the hypothetical question of what would happen if he wanted to identify as an elephant.

He also added being non-binary is ‘a massive new fad.’

2. Non-binary people have ‘confused a picture that was very simple’

In this clip, Piers says his feelings on genderless acting awards are very clear. He believes they are ‘ridiculous’ and ‘unnecessary.’

He complained about having his language corrected when referring to Asia Kate Dillon. Piers failed to use the non-binary actor’s preferred pronouns of they/them.

Piers asked why the police were ‘pandering to a tiny, tiny proportion of the country who decide they don’t want to be called man or woman.’ This came after the introduction of gender-neutral headwear.

He explicitly stated he had a problem with the police force encouraging gender-neutral clothing that accommodated for non-binary people.

4. ‘What if your baby wants to identify as a monkey?’

Yet again, Piers Morgan had an issue with ‘they’ and ‘them’ being used for non-binary people.

Piers asked Kori ‘What happens if your baby gets to four or five and wants to identify as a monkey? Then what?’ 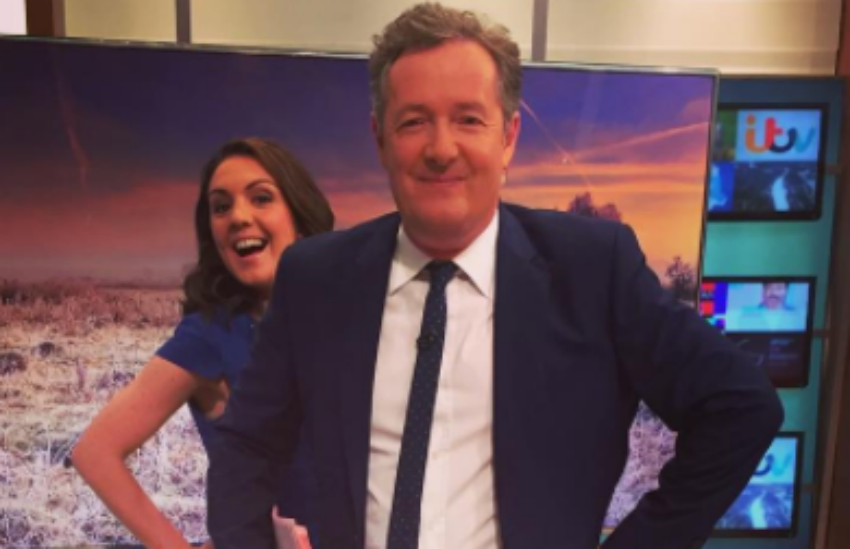 In his column for The Daily Mail, Piers explained non-binary people are his biggest pet peeve.

‘My number one pet hate at the moment is the absurd “gender fluid” movement, driven by people who don’t wish to be defined as either male or female,’ He said.

He referred to previous non-binary guest as ‘Mr/Mrs Doty’.

Piers explain: ‘As we dived into the technical weeds of the debate, Mr/Mrs Doty declared: “What someone’s genitals look like when they are born does not actually give us information about their gender.”

‘Of course not, why would any of us think otherwise?’

Very disappointed Dr Who is now a woman.
Massive insult to the non-binary gender-neutral community.

Marking the announcement of the next Doctor, Piers made a remark concerning her gender.

Jodie Whittaker was announced as the first ever female Doctor in the hit UK series Doctor Who.

Piers said he was disappointed as it was a ‘massive insult to the non-binary gender-neutral community.’

Are you mocking my possible trans-gender aspirations, Harold? https://t.co/ylhjJQe53I

Following on from his tradition of identifying however he wishes, Piers Morgan here jokes about ‘possible trans-gender aspirations.’

He was responding to a tweet claiming he had an issue with women because he wanted to be one.

Disgusted at this attempt to out me. For the record, I’m currently identifying as bi-gender-fluid-lesbian.https://t.co/xxczPo7Bry @TheGayUK

Again, Piers makes another prod at the LGBTI community’s belief you have the right to identify however you wish.

He said he was ‘disgusted’ at an article’s attempt to out him. He then went on to state he ‘currently’ identifies as a ‘bi-gender-fluid-lesbian.’

First of all, in their first interview together, Piers constantly made references to Janet’s genitalia. He talked about how Janet ‘used to be a man’, ‘was formerly a man’ and was ‘born a boy.’

Janet tweeted after the show about how impressed she was with Piers. In response, Piers labelled her as ‘deliberately, and falsely, fueling some sense of me being “transphobic.”‘

Good Morning Britain invited Janet back to the show as a result.

Despite Janet’s multiple attempts, Piers continued to explain he did not understand why it was offensive to say she was ‘born a boy’ or ‘formerly a man.’

This is just a load of incoherent, virtue-signalling flannel, Sanjay.
A bit like ‘non-binary gender neutrality’ itself. https://t.co/u6BGHmyBN6

The YouTuber tweeted Piers his video where he responded to Piers’ comments about non-binary people.

In response, Piers said it was a ‘load of incoherent flannel’ as is ‘”non-binary gender neutrality” itself’.

I never insult the LGBT community. I have a problem with non-binary gender neutral/fluid bulls**t. https://t.co/OISUcmE0ZS