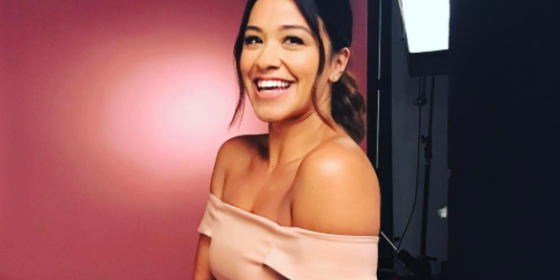 Gina Rodriguez has said she’s more bisexual than her Jane The Virgin character.

The actress was asked about whether her character Jane Villanueva is bisexual in an interview with BUST magazine.

She said: ‘Jane is the furthest from bisexual — maybe Gina’s a little closer than Jane is!’

This is not the first time Gina has hinted at sexuality either.

On Twitter she said in 2016 she does not feel the need to define her sexuality. She loves ‘hearts.’

In the interview she also said she’d love to play the fictional girlfriend of bisexual actress Stephanie Beatriz.

Gina said: ‘I want to play her love interest so bad. I really hope they make that happen.’

Series 4 of Jane The Virgin starts this October.

I don’t need anyone to define their sexuality to me nor do I feel the need to either. I love hearts. Period. https://t.co/DGR7PQT7oS