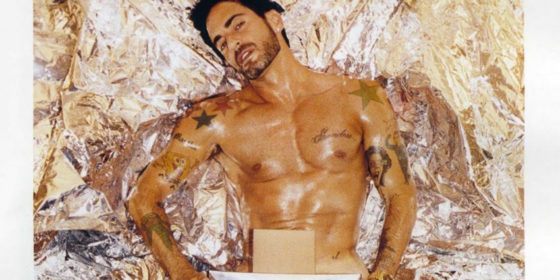 Peruvian fashion photographer to the stars Mario has shot everyone from Kate Moss to Cara Delevingne to Gaga.

His magazine work includes shots for Allure, Harper’s Bazaar and worldwide editions of Vogue, as well as campaigns for Calvin Klein and Hugo Boss.

In a 2009 profile interview with The Telegraph, the interviewer wrote: ‘Testino has a nice line when asked if he is gay – he says he does not like labels (except Gucci).’

Tom has served as creative director for the likes of Gucci and Yves Saint Laurent. He launched his own brand in 2006 and has experienced mega success.

As well as being a style guru Tom is an acclaimed director, with 2009’s A Single Man and last year’s Nocturnal Animals winning many awards. He’s also a husband to Richard Buckley, 69, Together they are dads to four-year-old Alexander John.

American Vogue veteran Andre can often be found on the front row of runway shows around the world.

Other important fashion moments include advising the First Family on style in 2008 and serving as a judge on America’s Next Top Model.

Andre has rejected the ‘gay’ label but admitted to ‘very gay experiences,’ according to reports.

He’s starred in countless fashion campaigns, style mag editorials and walked for the likes of Berluti.

The fashion designer who put Madonna in her famous cone bra has built an empire around his name, covering everything from ready-to-wear to haute couture to beauty and fragrances. He also served as the creative director of Hermès from 2003 to 2010.

He’s also been the wardrobe designer on hit films like Luc Besson’s The Fifth Element and Pedro Almodovar’s The Skin I Live In.

The Parisian – who has talked openly of his relationships with men – also comes across as one of the nicest and most down-to-earth people in the fashion industry (remember him on Eurotrash?!) and for that reason we love him.

Think Michael Kors, think clean, simple all-American style. His eponymous brand  is as known for its chic sportswear as for its high end luxury items.

He married husband Lance LePere in 2011. Of the nuptials, he’s been quoted as saying: ‘To marry someone as wonderful and special to me as Lance barefoot on a glorious beach is more than I could have dreamed of.’

Consistently ranked one of the most powerful men in the world, Marc Jacobs heads up his own label and diffusion line, and also served as creative director of Louis Vuitton from 1997 to 2014.

Three more facts about the handsome American: he’s a close friend of Victoria Beckham, has popularized skirts and kilts for men, and also served briefly as the Creative Director of Diet Coke!

He once told Interview: ‘I’ve been openly gay since I can remember.’

To France, and the fashion designer and bodybuilder Thierry Mugler, who created his first collection in 1973 after years of freelance designing.

His outfits have been worn by the likes of Beyonce, Lady Gaga, Jennifer Lopez and Gwen Stefani.

Canadian-born, London-residing identical twins Dean and Dan are the founders Dsquared2. Their clothes have been worn by Britney, Madonna, Justin Timberlake and more. They have also designed for the likes of Versace and Diesel.

In 2015, the Evening Standard reported that Dan had a boyfriend but Dean didn’t. Said Dan at the time: ‘Dean is still searching, so put in an ad for him: rich, mature, handsome gentleman…’