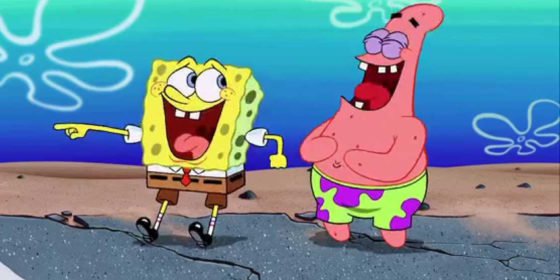 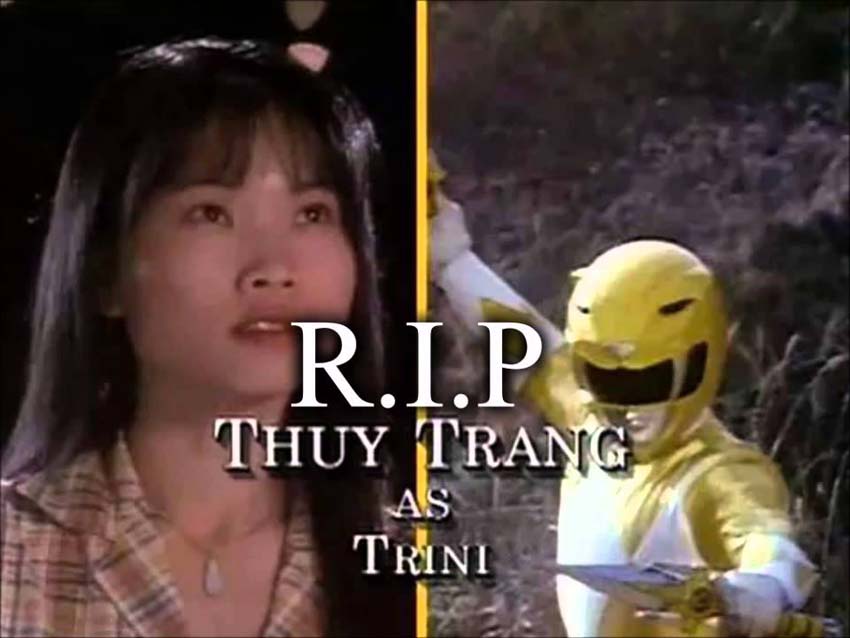 She shot to fame in the original TV show. But Thuy Trang, the first Yellow Ranger, tragically died in a car accident in 2001. In the recent reboot, she was played by Becky G, with another character referring to Trini as ‘having girlfriend problems’. This makes her, according to reports, the first LGBTI character in an a Hollywood superhero movie. See, she was potentially gay all along!

Director Dean Israelite described the scene as such to the Hollywood Reporter: ‘For Trini, really she’s questioning a lot about who she is. She hasn’t fully figured it out yet. The movie is saying, “That’s OK,” and all of the kids have to own who they are and find their tribe.’ 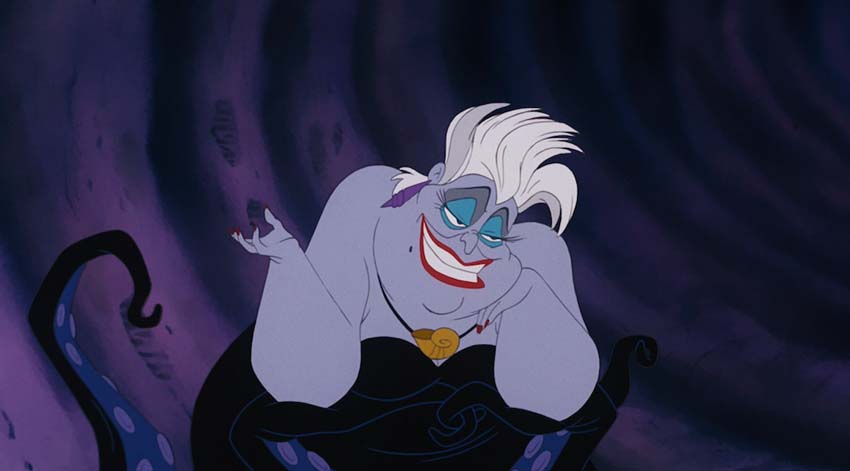 Did you know Disney’s greatest supervillian is based on a gay man? Indeed, Ursula the Sea Witch, the thorn in Ariel’s fin, is widely believed to have been inspired by Divine, the late drag legend muse of queer director extraordinaire John Waters.

This is reportedly down to the influence of the film’s producer/lyricist, the late gay Howard Ashman. (He was responsible for some of Disney’s biggest songs, from Mermaid to Beauty and the Beast.) So, is Ursula simply a woman-octopus, or something infinitely more playful? Our instincts are saying the latter.

3 Gaston from Beauty and the Beast 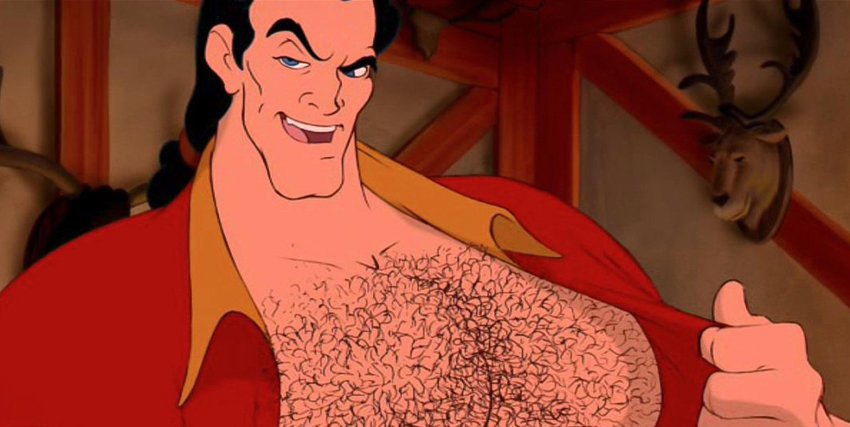 Every last inch of him is covered with hair – hands up who had their sexual awakening to Gaston? His dumb (but compelling) masculine posturing serves as the inspiration for millions of Grindr profiles, and he wants Belle purely for the sake of having her. Is he really only after a beard?

He enjoys an overly close relationship with his starstruck sidekick Le Fou – and indeed, it was La Fou himself who was at the center of Disney’s ‘first exclusively gay moment,’ in this year’s live-action remake. But if you ask us, there is an implication that Gaston’s bats for our side too – not least because he was played by the openly gay (and incredibly handsome) Welsh actor Luke Evans.

For more Disney characters who may or may not have been queer, from Scar in The Lion King to Frozen’s Elsa, click here. 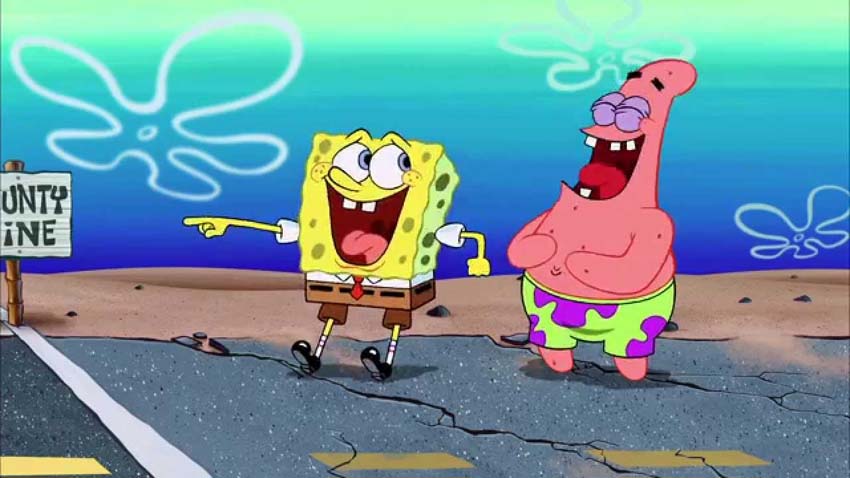 There has been fervent speculation about SpongeBob’s sexuality for years. The eccentric sea sponge and sea star neighbor Patrick have raised many an eyebrow with their closeness (they like to hold hands). In 2012, the Ukraine tried to ban it because it ‘promotes homosexuality‘ and is ‘a real threat to children’.

Meanwhile US conservative groups like Focus on the Family made similar accusations in 2005, when SpongeBob was included in a video for schools highlighting tolerance and diversity. Nevertheless, creator Stephen Hillenberg has in the past described the character as ‘somewhat asexual,’ so perhaps they shouldn’t have worried. 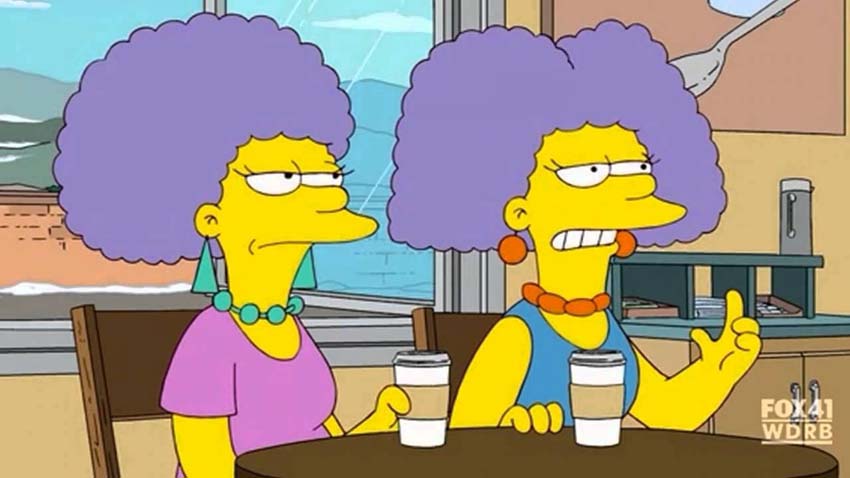 The ambiguous sexuality of Mr Burns’ lovelorn dogsbody Mr Smithers was hinted at in The Simpsons’ debut season back in 1989. That said, he only officially revealed his gayness in 2015; prior to that, producers referred to him as ‘burns-sexual’. Little did he know know he wasn’t the only Springfield resident struggling with his sexuality in the 90. Poor old gravelly-voiced Patty [pictured above left, with sister Selma].

Marge’s sister had to endure no less than five failed marriages to deadbeat guys – Sideshow Bob, Lionel Hutz, Troy McClure, Disco Stu and Abraham Simpson – before finally coming to terms with being a lesbian in the 2005 episode There’s Something About Marrying. She previously hinted she was gay when Homer ran past her naked and she said ‘There’s goes the last lingering threads of my heterosexuality…’ 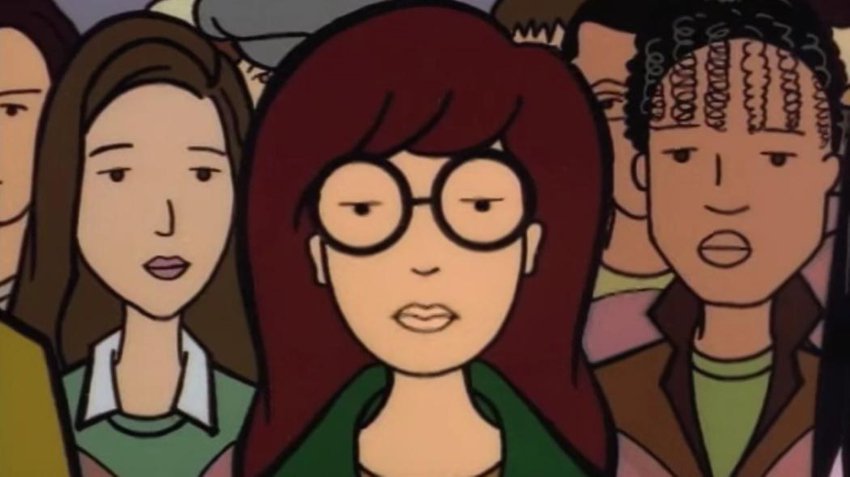 Was super chill schoolgirl Daria in in secret, lo-fi-love with her equally cool BFF Jane? You can read a number of compelling arguments for and against the theory here. But if you ask us they clearly were, and two decades on are probably living in Portland and running an achingly hip blog and/or boutique fashion label. 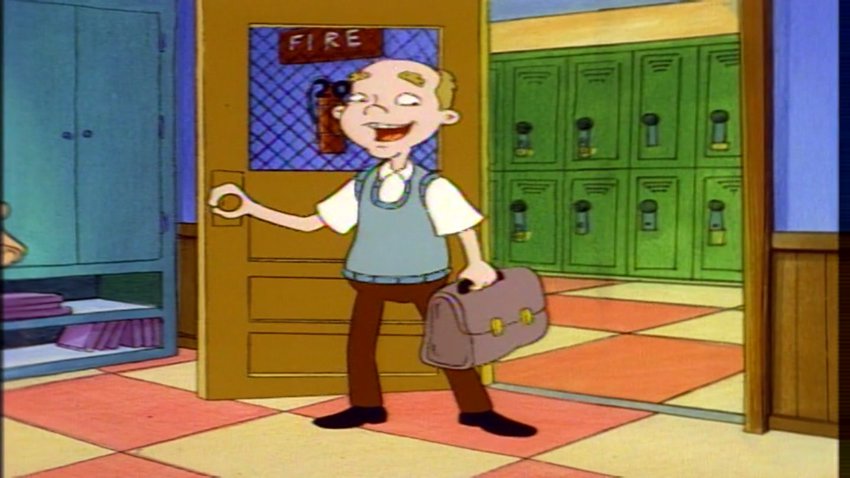 Like Patty, school teacher Robert Simmons is one of the few characters on this list whose homosexuality has been confirmed.

Last year, animator Craig Bartlett told Fuse.tv: ‘We figured Mr. Simmons was a gay character without having to make a big deal out of it, or have it be a special episode of anything like that.’ 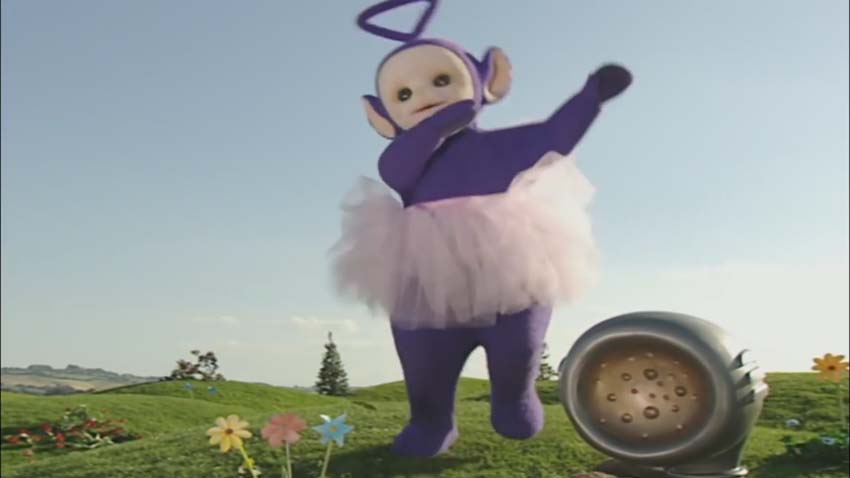 The purple Teletubbie caused quite the stir way back when with his love of ballerina skirts and red handbags. So much so, Reverend Jerry Falwell, a former spokesman for America’s Moral Majority famously denounced the character’s ‘subtle depictions’ of gayness as ‘damaging to the moral lives of children.

‘He is purple, the gay-pride colour, and his antenna is shaped like a triangle, the gay-pride symbol,’ he furthermore complained. Nevertheless, this happy-go-lucky alien’s camp personality endeared him to millions. Including one Britney Spears, with whom he appeared on the cover of Rolling Stone in 1999. 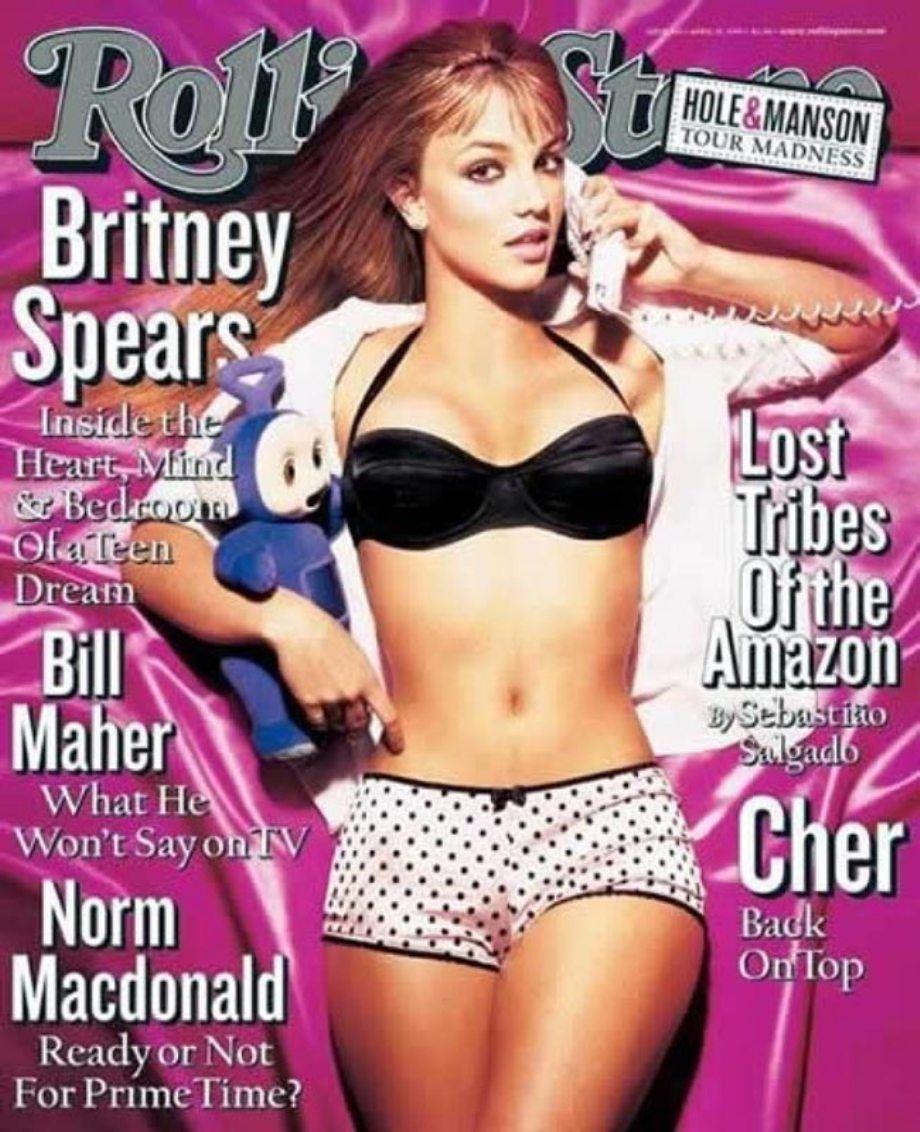 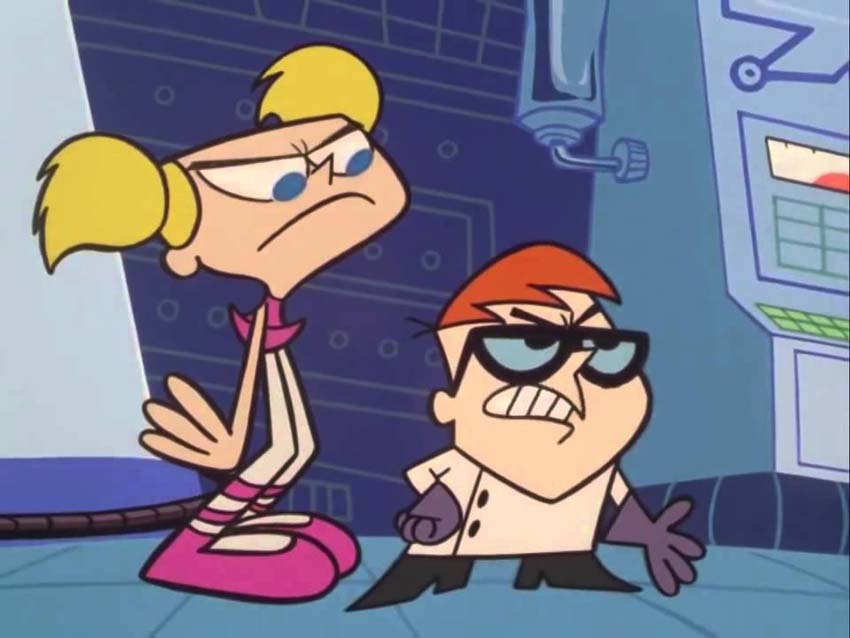 I’m calling this one because I, a 90s child, related to Dexter so intrinsically, it’s just got to mean something. A geeky outsider who hides out in his secret lab – could this be a metaphor for a closet?

In an interesting example of gender play, Dexter was voiced by two women. One of them, the late Christine Cavanaugh, also voiced Chuckie Finster from Rugrats. (On a tangent, how adorably hilarious was Dexter’s sister Dee Dee?) 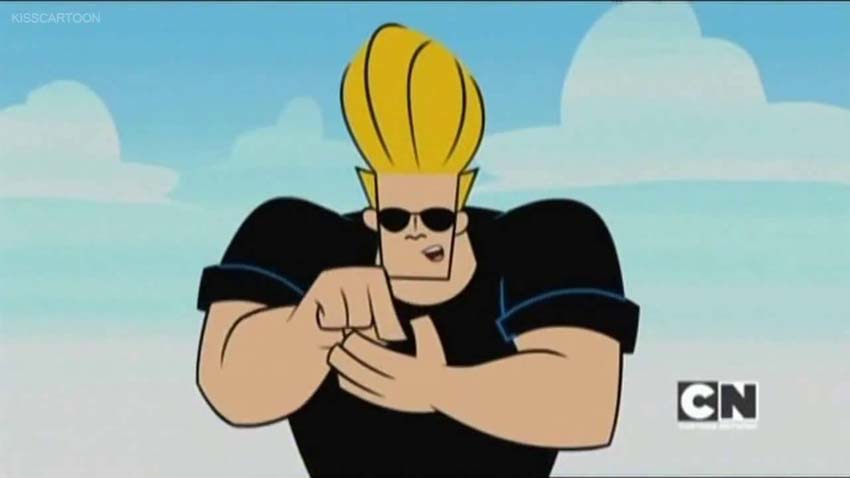 We all know a ton of super vain gays like Johnny Bravo, right? The overly-pumped up muslces, the sunglasses, the tight black t-shirt, the quiff. (Although in 2017 he’s probably have a man bun. And a beard.)

Also, like Gaston, he think he’s god’s gift to women, but can never find a date. Perhaps they’re onto him? 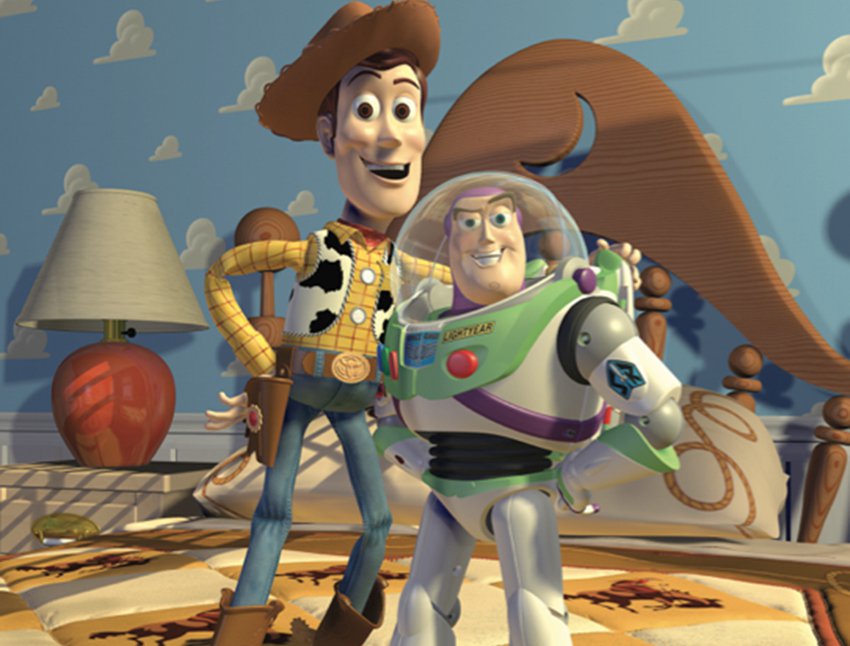 Look, we’re including these dudes because, frankly, we’re slightly turned on at the prospect, OK?