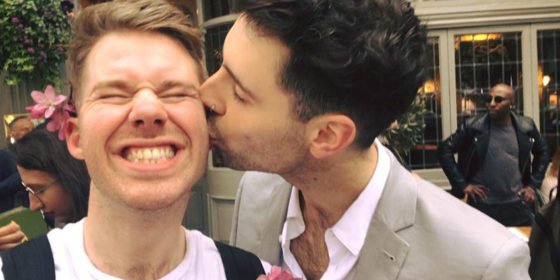 They may be from opposites sides of the world, but one Brit-Aussie couple are going global when they celebrate their civil partnership this August.

James Besanvalle, a Gay Star News 26-year-old journalist, and fiancé Matt Horwood, a 28-year-old who works at UK LGBT charity Stonewall, will be holding their ceremony in London.

The couple decided to get a civil partnership rather than a marriage for one main reason: same-sex marriage isn’t legal in Australia.

Besanvalle is from Sydney, where marriage equality is not legal, but that isn’t stopping the couple from being together.

‘Same-sex marriage is not legal in Australia and as it stands currently there is no one federal laws for civil partnerships,’ Besanvalle said. 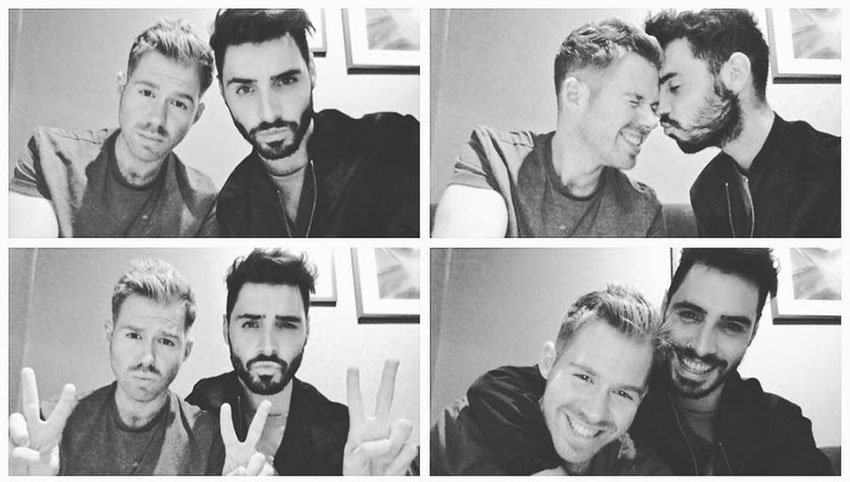 ‘When same-sex marriage is legal in Australia we’ll convert it into a marriage.’

While gay unions can’t happen yet, there are more same-sex couples in Australia now than ever.

Besanvalle describes his civil partnership as ‘a bit of a political stance.’ He then compared it to Kylie Minogue’s then-relationship with ex-fiancé Joshua Sasse for postponing their wedding until same-sex marriage is legal in the country.

The two met a year and a half ago on Tinder and knew shortly they were destined for each other.

The couple are live-streaming their wedding for various reasons. They want people to witness the process for civil partnerships and because Besanvalle’s family would not be able to attend.

‘It was really important that the process for civil partnership was as inclusive as possible.’

‘It was really important that the process for civil partnership was as inclusive as possible,’ Howard went on. ‘We are only going to be looking to use LGBTQ or all-inclusive allies as suppliers.’

The two are marrying in August when Basenvalle’s parents will visit. He believes there is no ‘better time to let them witness their love for each other.’