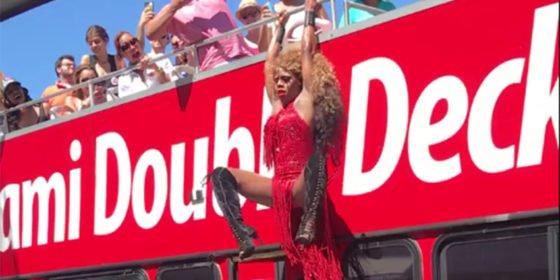 When people came down to Palace bar in Miami, they were not expecting the show they were about to get.

Elishaly D’witshes, a legendary Florida queen, was doing her typical high-energy performance in front of the eager crowd. 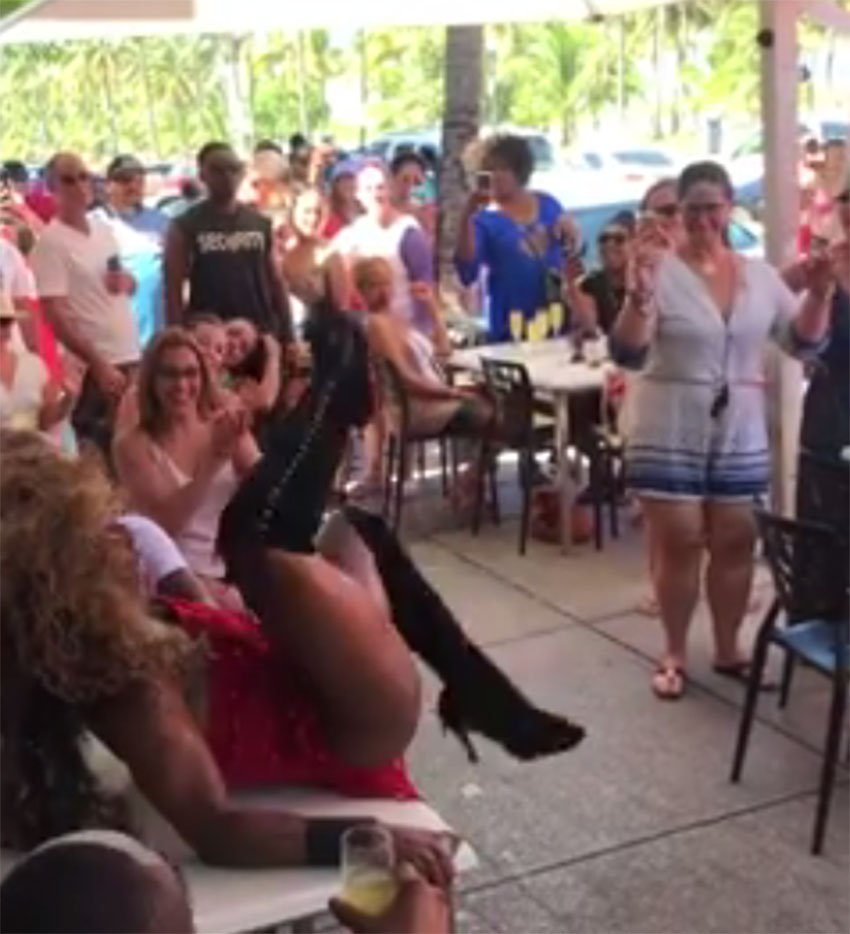 And it all seems pretty familiar until the queen runs to the waiting double-decker bus outside.

Everyone is thinking: She’s not going to jump, is she?

Going over the bars of the bus, everyone applauds. 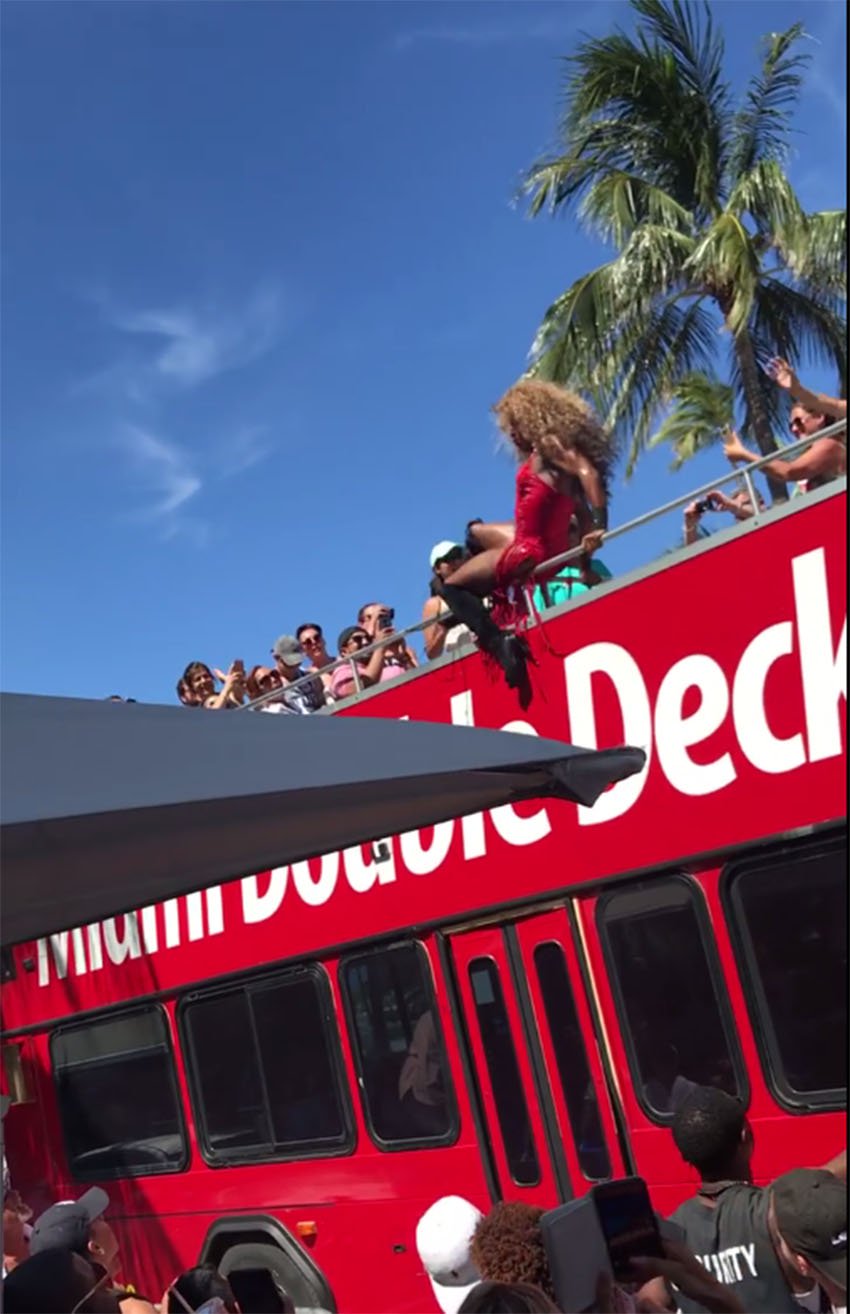 And down she goes. Falling onto the sidewalk in a perfect split. 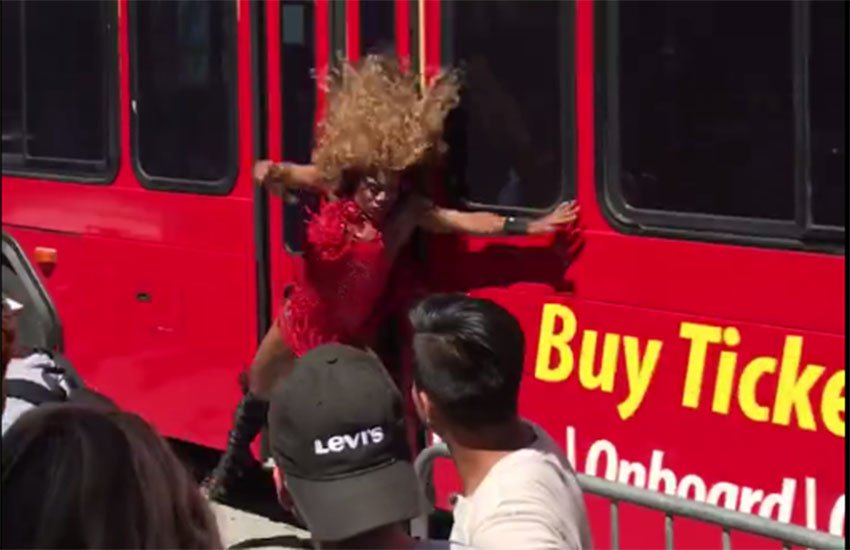 It has gone viral on Facebook, reaching over two million views in a few days.

The video is reminiscent of Tandi Iman Dupree – the drag queen who performed a Holding Out For A Hero lip sync back in 2001.

Styled out in a Wonder Woman costume, she dropped from the ceiling in a split and went on to complete a complicated choreographed performance with her Superman partner.