A policeman and Birmingham Pride marcher enjoy the carnival atmosphere

It does so amid heightened security concerns following the bombing of an Arianna Grande concert at Manchester Arena on Monday night.

Following that attack, in which 22 people died, authorities have placed the UK’s security threat at ‘critical’. Additional security is in place at big public events taking place over the long weekend. 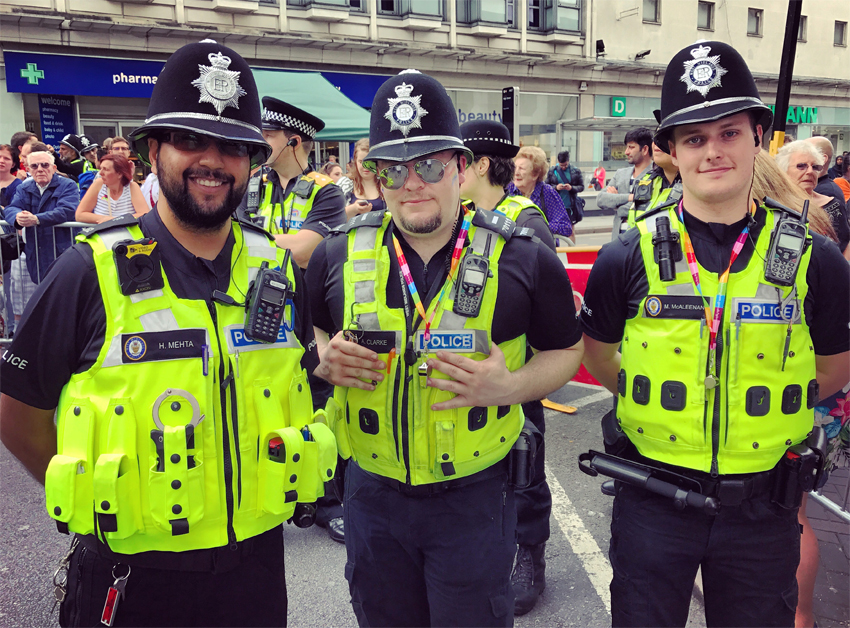 Earlier this week, ACC Alex Murray of West Midlands Police assured those planning to visit Birmingham Pride that security was a priority.

‘I appreciate that people planning to attend may feel a sense of nervousness … We will have a large number of police officers, specials and police staff on hand to keep the public safe.’

His message was backed up by the West Midlands Police Firearms Operations Unit tweeting a message of support this morning: ‘This weekend we are supporting #brumpride ensuring the public enjoy a safe & happy event’

‘[The bombing] was on my mind,’ said one Pride spectator at the start of the parade, Wayne from Banbury, when asked if he’d thought twice about attending, ‘but we’re not going to let hate win, are we?’

An additional police presence was clear as the Pride parade assembled at its starting point in the city’s Victoria Square. Before setting off, a minute’s silence was held in memory of those killed in the Manchester attack.

It was a moving commemoration for those whose lives were taken or ripped apart on what should have been a night of fun and entertainment. 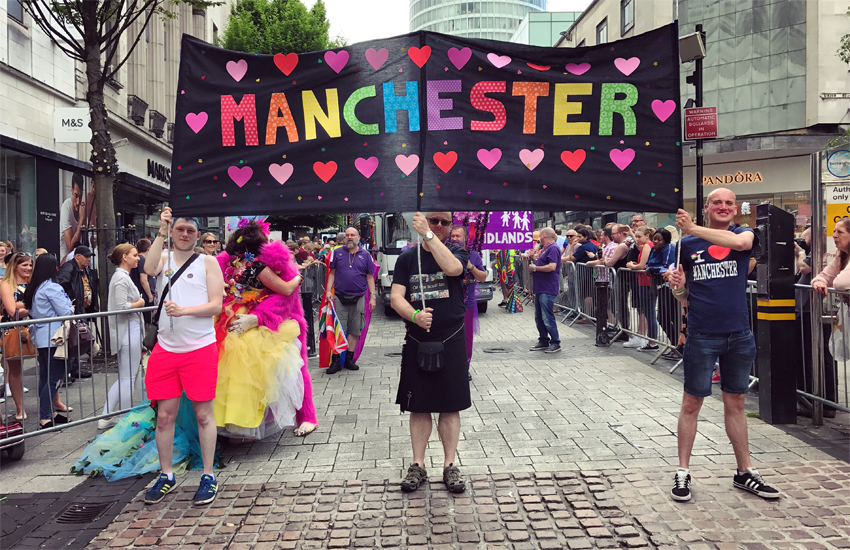 Launching the parade was the newly elected Mayor of the West Midlands, Andy Street.

‘Of course Pride is always a very big event in Birmingham, but this year’s is particularly poignant: 20th Pride, 50-year anniversary of the decriminalization of homosexuality – that’s what gives the theme this year of Love & Pride.

‘But it’s particularly poignant given the events in Manchester earlier in the week, so I just want to say an enormous thank you for everyone coming together to show our defiance over what’s happened in Manchester, and our belief in a tolerant, inclusive community irrespective of one’s background, faith or sexuality.’

After his speech and the minute’s silence, Brum’s Pride parade began to wind its way through the center of the city and an appropriately carnival atmosphere took over. 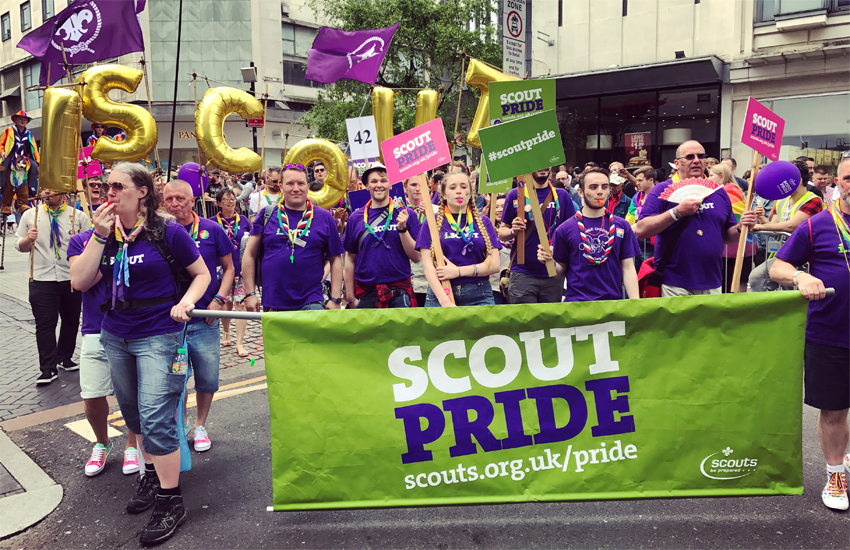 Floats and walking groups included corporates likes Barclays and John Lewis, Birmingham Swifts Running Group, Midsbears, the Scouts, police and various faith groups, including Christians and Muslims (Birmingham has one of the highest Muslim populations of any UK city). 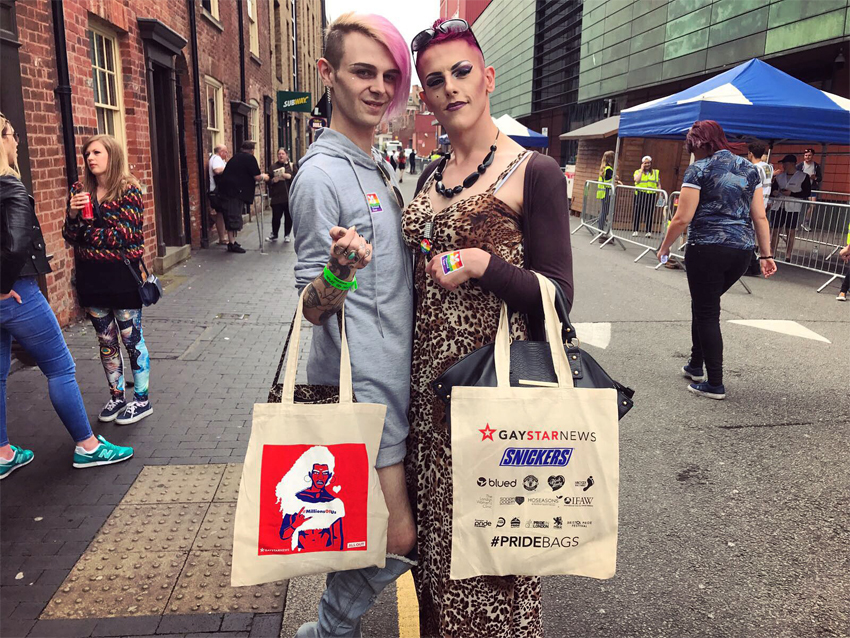 Scott Nunn, co-founder of Gay Star News said, ‘To watch everyone come out and be a part of Birmingham Pride, so soon after the Manchester bombing, makes me proud of our community.’ 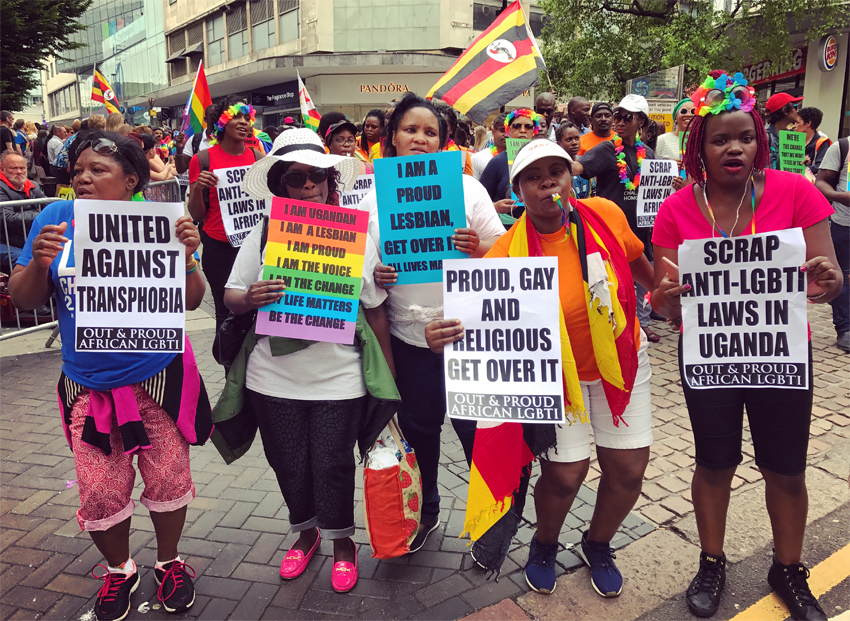 Following the parade, anyone who had purchased a wristband was able to check out the main stage entertainment. This takes place today and tomorrow and is located off Hurst Street, the city’s gay village. 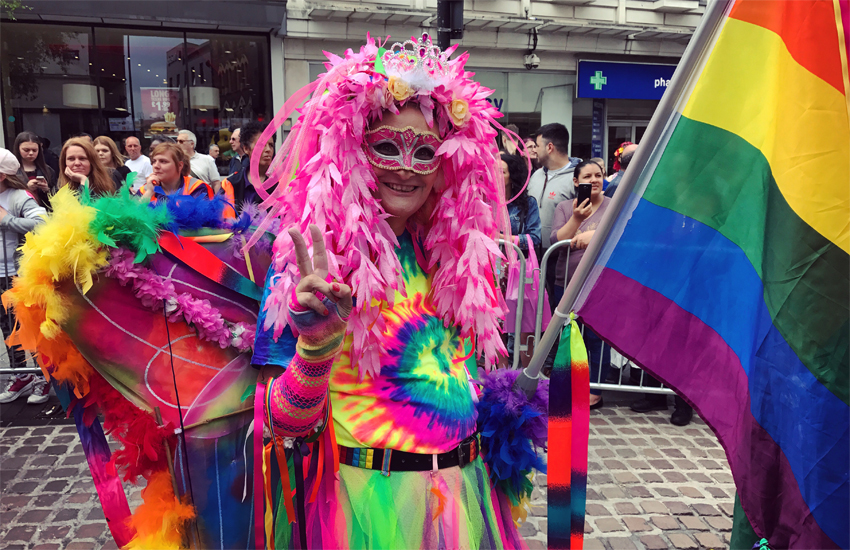 The bars and clubs in the LGBTI neighborhood are all rammed and the celebrations look set to continue across the weekend.

Check out more images from Birmingham Pride parade below 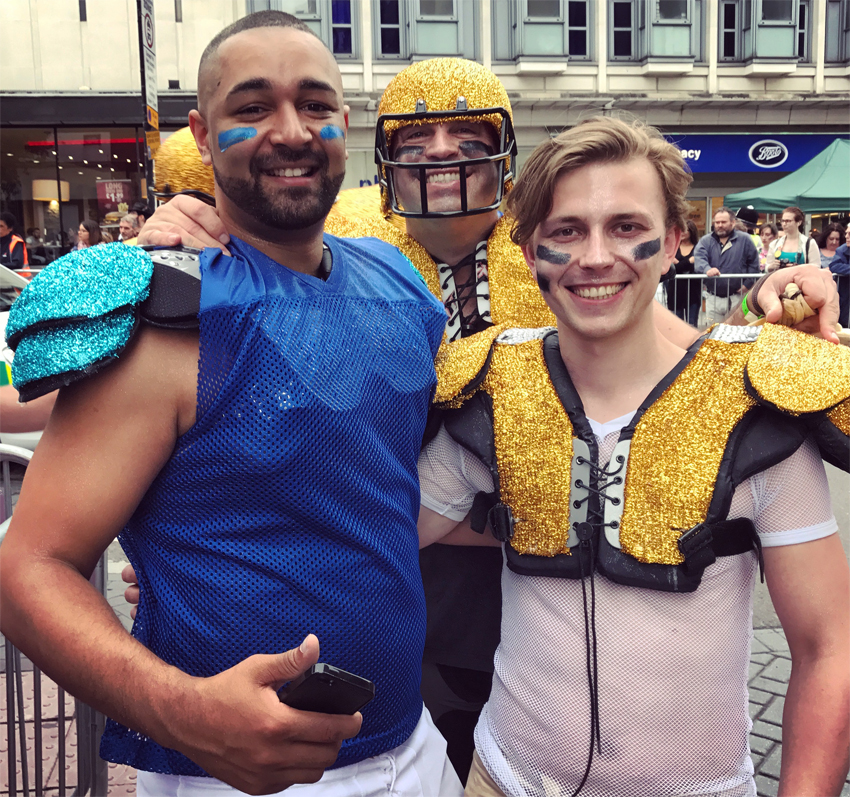 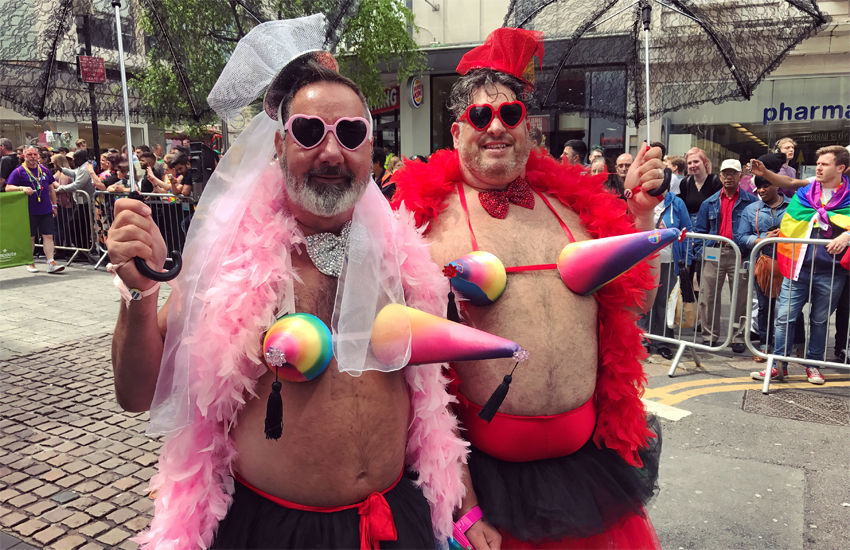 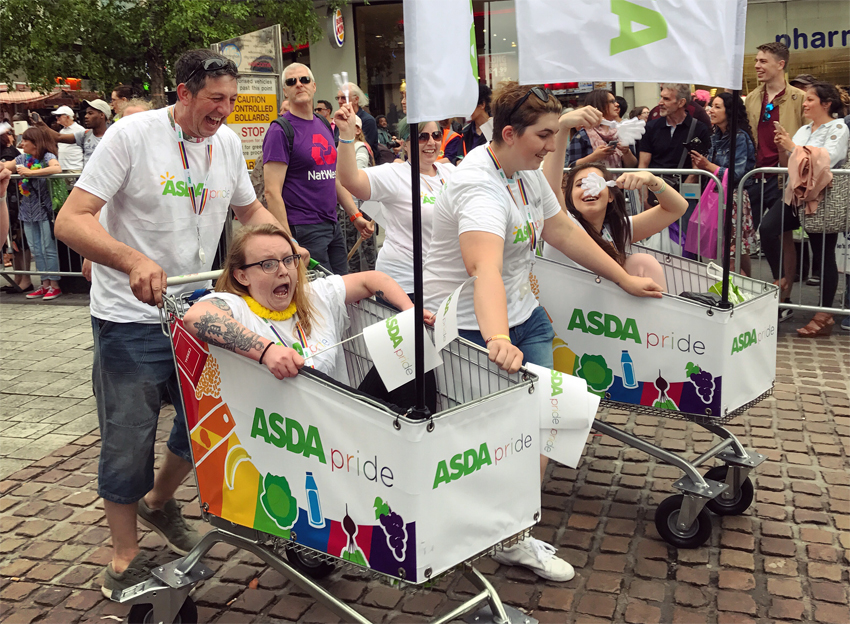 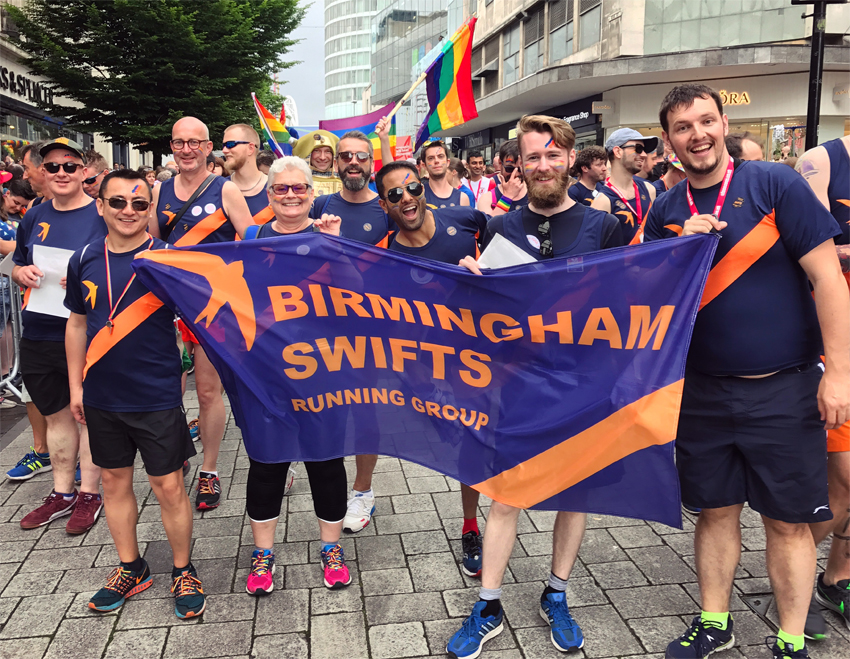 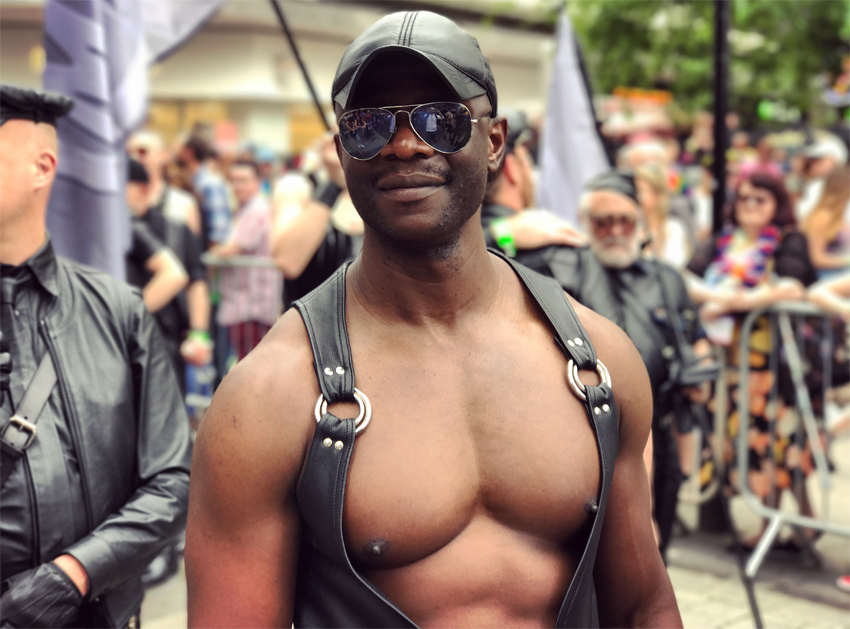 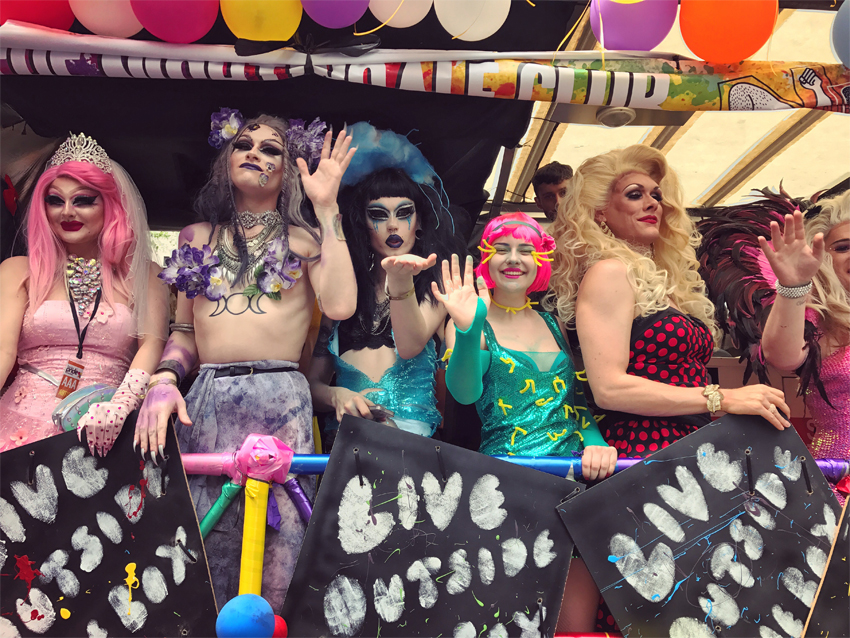 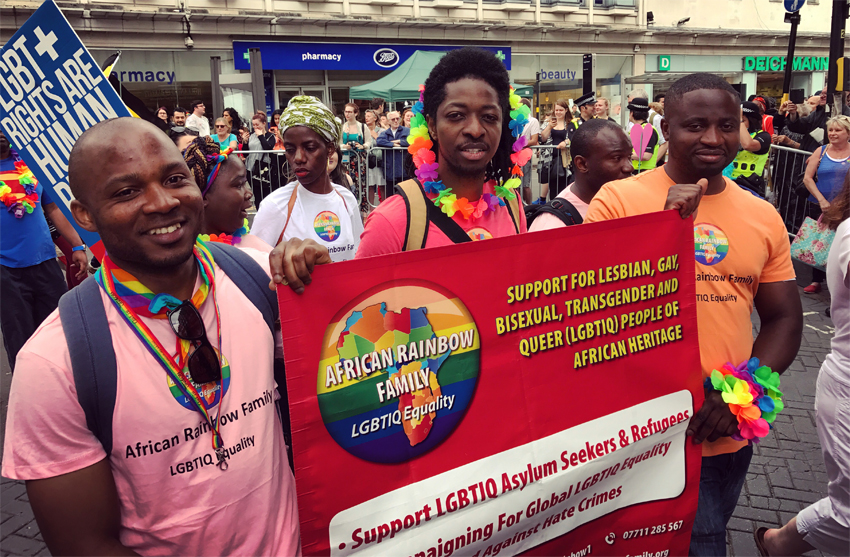 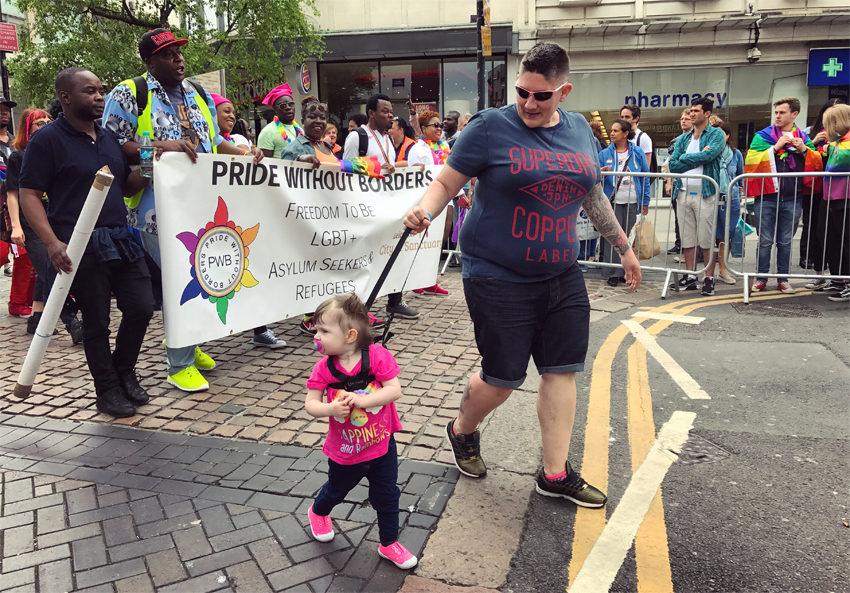 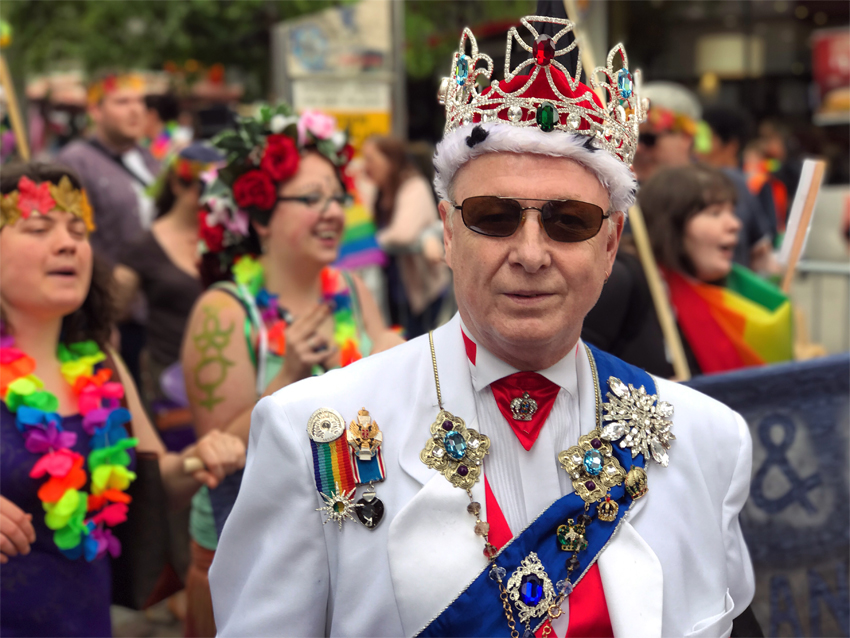 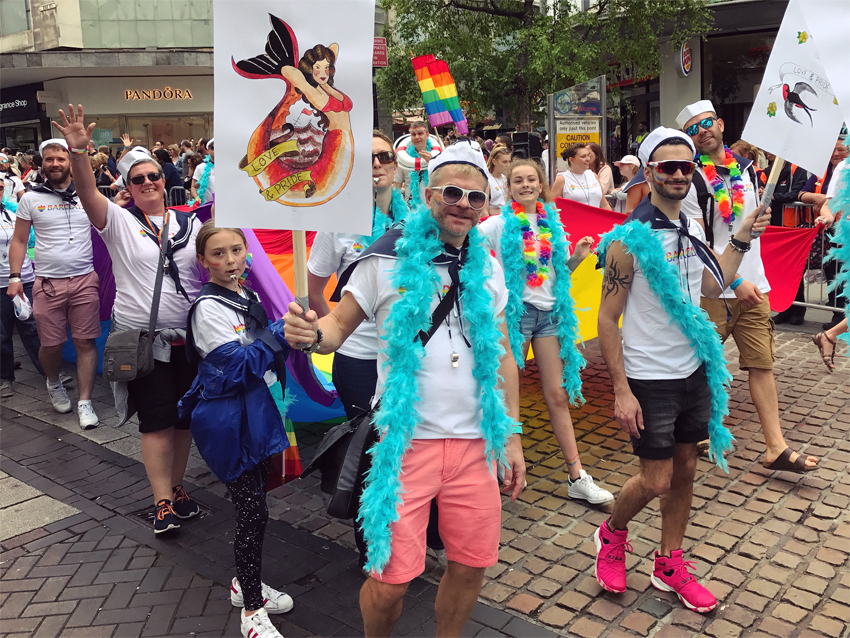 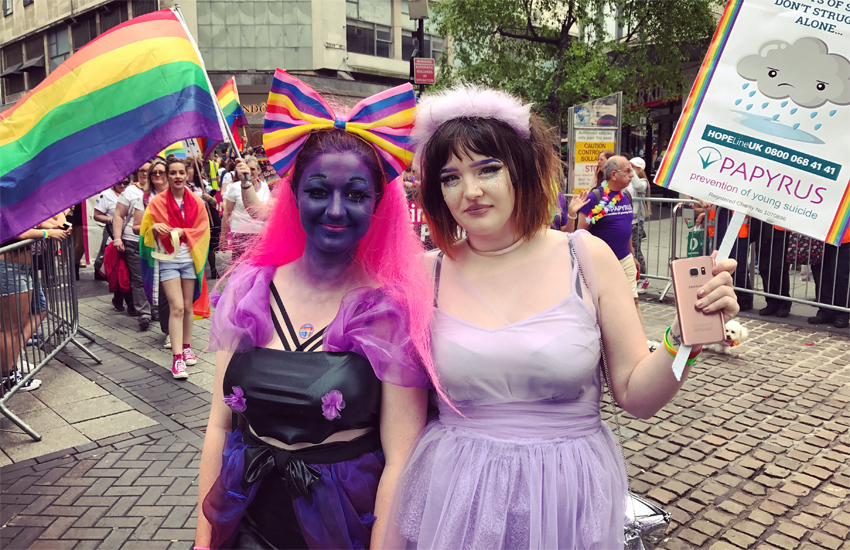 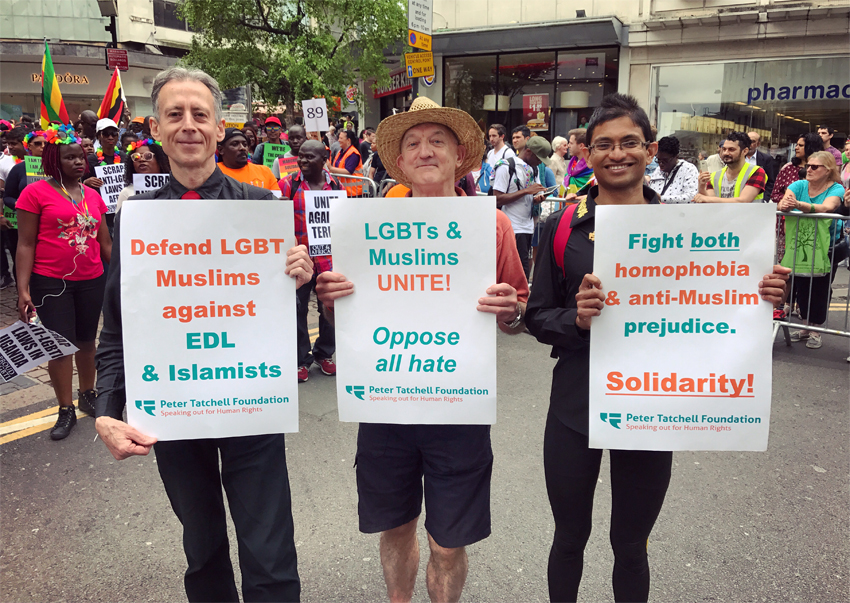 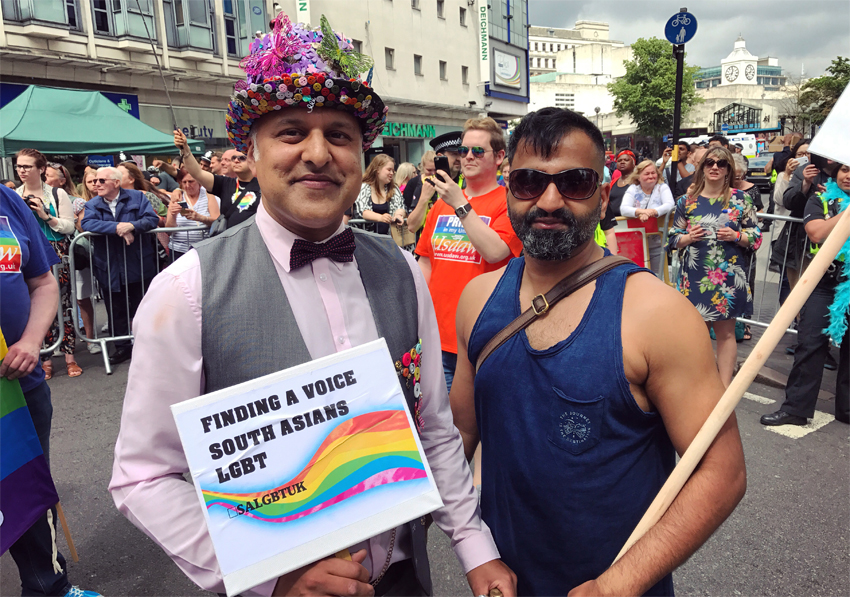 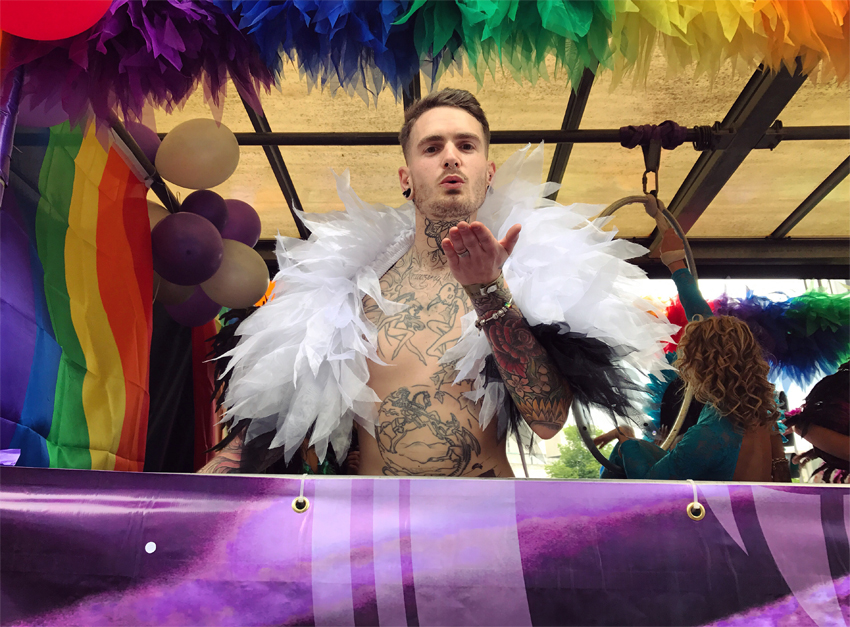