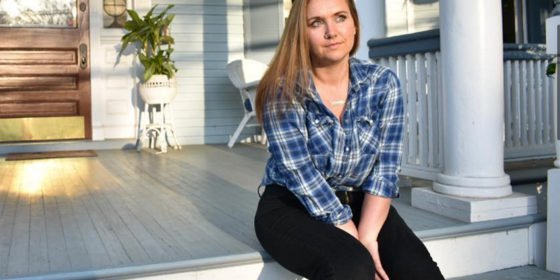 Growing up in New York, by the time I turned 20, three people in my life – two semi-closeted gay men and a trans woman – had died due to hate-related violence. My grief and anger fuelled my passion for social justice reform. I’ve spent the last 10 years working in the intersection of LGBTI education, policy and media.

Social Justice Warriors are often a misunderstood bunch because their passion at times outshines their message, which is why I wrote SLACKTIVIST: Using Digital Media to Create Change to help funnel some of that passion into concrete steps for creating change-based content online.

Social Justice Warriors, slacktivists, and snowflakes have taught me more about advocacy than my graduate degree from the Colin Powell School. Here are some of the best nuggets of truth that I’ve pulled from the trenches of Tumblr.

1 How to hold those in power accountable

Firstly, social media gives us direct access to those in power. Donald Trump’s Twitter is evidence of that. It also makes public outrage accessible to audiences around the world. One of the great powers of the internet is the ability to mention and tag those of influence. To screenshot quotes, and repost articles to our social circle.

The internet helped me break down power barriers I’d built in my mind. Politicians, influencers, and celebrities only hold power if we as a collective give it to them. By making noise and attracting media attention to issues we’re passionate about we’re able to impact the course of funding. We can even impact the course of elections for unscrupulous people of influence.

2 How to deescalate and facilitate a tense discussion

As digital activists our role is to be facilitators of conversations but we must operate under the impetus to first do no harm and second don’t waste your time.

As much as I’d like to rage tweet at every alt-right douche I see, that’s just not a productive use of my time or energy. I’m more likely to say something I don’t mean when I’m heated, and lose focus on the goals of my digital activism.

The internet, NYC, traveling and the people who I met via those three changed my worldview and me as a person. As a young queer, the more I reblogged, liked, and commented the more radical I became, the more I learned, and the more I grew as a human. I discovered separatist communities that didn’t believe the sole use of the internet was to educate the oppressor.

They spoke in unfiltered voices about their hatred of respectability politics, the ‘normalization’ of the queer image, and white supremacy. They weren’t afraid to tell it how it was. And they weren’t afraid to be seen as nonconformist or angry. While I don’t agree with every position on the ‘Social Justice Internet’ and I tend to be fairly moderate on the far left spectrum, I’ve learned a lot from these corners of the web.

Flowers in her hair and stars in her eyes.

Digital activism is often positioned as ‘performance activism’ from those trying to garner attention online. The ‘doing it for the likes’ activist narrative assumes that those who connect online are only engaging in digital actions. That the world of the internet is somehow less real and disconnected from the offline world.

After 10 years in online activism I’d argue that I exist online just as much as I do offline. I’d also argue that simple acts of societal defiance like tweeting under a repressive regime or acts of reclaiming identity like changing your name and pronouns on Facebook are brave and difficult.

5 Finally, the key to advocacy is consistency

A singular tweet probably isn’t going to change the world. But when we’re dedicated and consistent we’re contributing to a larger body of work. I’ve never seen organization and dedication to a cause like a group of feminists trying to take down a political candidate.

While it is a bit cliche, there is much truth in the sentiment ‘power in numbers’. Social media is a great place for building public awareness campaigns on social justice issues. Encourage your friends and followers to sign a petition, donate funds, or even just educate them on a cause.

For more information about Meg and SLACKTIVIST, click here.