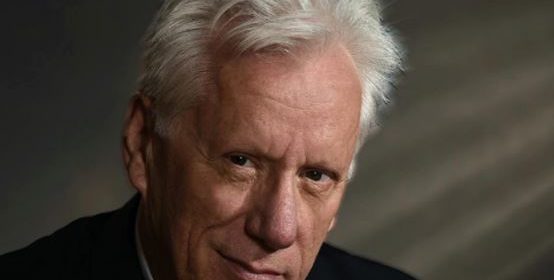 Actor James Woods is causing a commotion on Twitter and he’s not backing down, telling his detractors that none of it has to do with homophobia.

Woods, who tweets under the handle @RealJamesWoods, has always been known for voicing conservative ideas on social media. He’s also no stranger to stirring up controversy with his tweets.

The current brouhaha started on Monday (10 July) when Woods tweeted a picture of parents standing with their young, androgynous son at the Orange County LGBT Pride festival held on 24 June in Santa Ana, California.

The mother in the picture was holding a sign reading ‘I ❤my gender creative son!’ while the father had a sign, ‘My son wears dresses and makeup . . . Get over it!’

Woods responded, ‘This is sweet. Wait until this poor kid grows up, realizes what you’ve done, and stuffs both of you dismembered into a freezer in the garage.’ 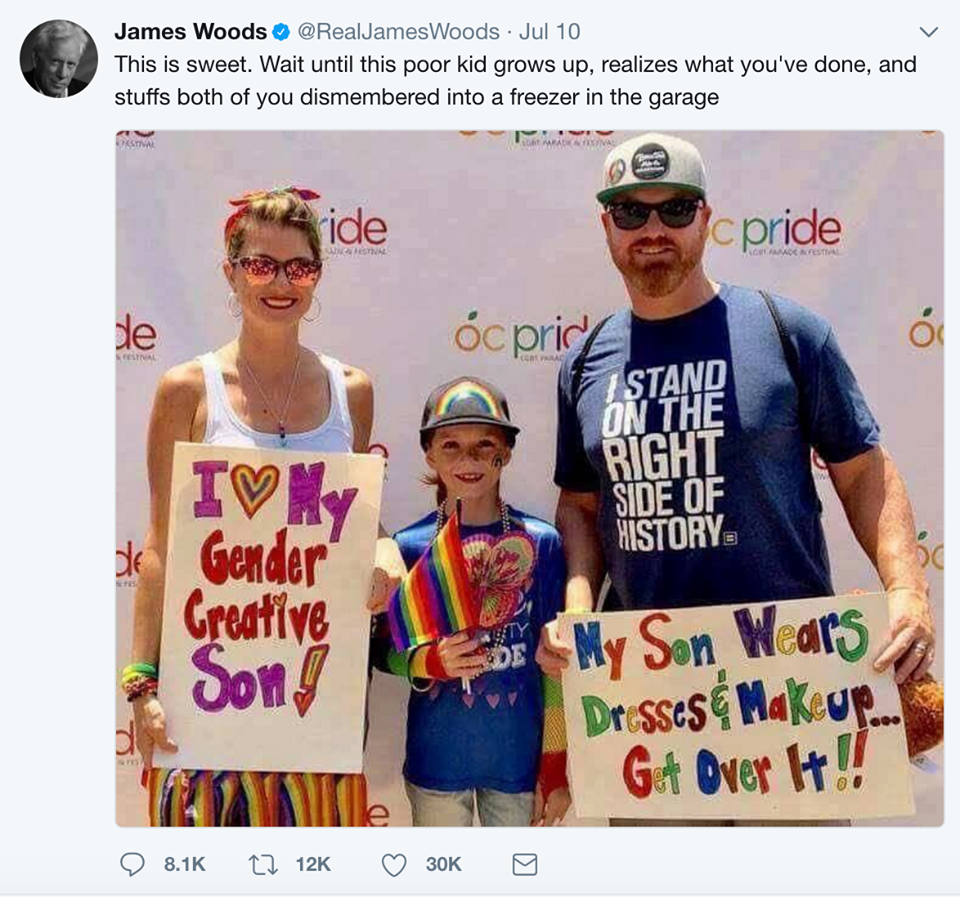 That comment brought criticism on Twitter, including from actor Neil Patrick Harris, best known for starring in the TV series Doogie Howser and How I Met Your Mother.

On Tuesday, Harris who is raising six-year-old twins with his husband David Burtka, chimed in on the controversy. He tweeted, ‘Utterly ignorant and classless, Mr. Woods. I’m friends with this family. You know not of what you speak, and should be ashamed of yourself.’

Woods fired back on Wednesday with a string of tweets addressing the controversy.

The first read, ‘Using one’s child as a social justice propaganda doll is tantamount to child abuse. This is not about homophobia. Nice try though…’

The next tweet read, ‘For the record I have supported human rights of all stripes and persuasions, colors, creeds, choices and preferences my entire life. Period.’

Woods was sidetracked momentarily when a Twitter user replied: ‘except for Podesta.’ Woods responded by joking, ‘I said “human” rights…’

He returned to his rant, saying in his next tweet, ‘Some children can be ruthlessly cruel to children who are simply different in any way. I humbly suggest making your child a target is unwise.’

He followed that by tweeting, ‘I spent my entire adult life in the New York theatre scene, kids. I have more gay friends than Liberace. So let’s stop the homophobia train.’

A Twitter user responded to the Liberace joke, ‘You don’t have to defend yourself sir, this is a new America.’

Woods replied to that, ‘This is not a defense. I’m old enough to remember the agony friends suffered for being different. Being wrongly accused of anything is vile.’

Finally, he closed out the tweets by saying ‘And of course the final word on all of this is that I frankly don’t give a shit what anybody thinks about me.’

The 70-year-old Woods is known for his roles in movies like Against All Odds, Once Upon a Time in America and Nixon. He received Oscar nominations for his roles in 1986’s Salvador and 1996’s Ghosts of Mississippi.