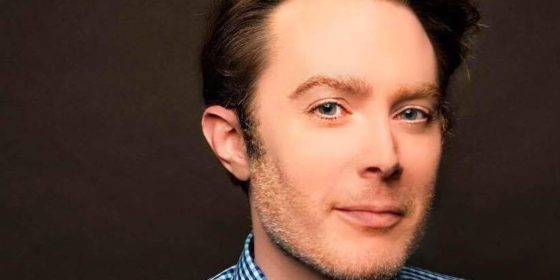 That was the catch phrase Donald Trump used when he hosted TV’s Celebrity Apprentice.

But Clay Aiken, a former contestant on Celebrity Apprentice, claims that Trump wasn’t the one who decided who was let go each week, despite the show’s efforts to make it look like he was.

Speaking on Domecast, a weekly political podcast from the News & Observer newspaper in Raleigh, North Carolina, Aiken said that Trump was merely the face of the show.

‘Trump didn’t decide who got fired on Apprentice,’ said Aiken, who finished in second place during the show’s 2012 season. ‘NBC made those decisions.’

Aiken told the podcast that Trump had what looked like a phone on his desk, but it was actually a teleprompter. The producers would feed him information during taping that he would use.

For example, the producers might use the teleprompter to tell him that two contestants hadn’t been getting along during the week. Trump would see that and say, ‘You two didn’t get along.’

Aiken said he wonders if things in the White House are being conducted in similar fashion.

‘I think to myself, the man as president definitely has a teleprompter sitting on his desk right now with people telling him, “Well such and such is in the healthcare bill, don’t say this.” I feel like half the time his teleprompter has broken down as president and he doesn’t know what’s going on,’ Aiken said.

Despite that, Aiken reported he likes Trump.

‘I always liked him. I imagine that in person, if I saw him again today, I would be charmed by him again,’ Aiken said. ‘He’s a very gracious person in person. He’s a nice guy.’

Aiken came to fame in 2003 during the second season of TV’s American Idol, where he finished as the runner up to Ruben Studdard. He went on to have a successful recording career and came out publicly in a 2008 interview with People magazine.

In 2014, Aiken ran for US Congress in North Carolina, his home state. Although he lost the election, he is happy to have brought attention to issues in the state’s 2nd Congressional district.

Donald Trump was the second person Aiken called when he decided to run. He did that so Trump would feel honored and not speak poorly of him later.

Aiken currently has no plans to run for office again, but does not rule it out in the future.

He also showed how being a candidate provided him insights into the political process. “Let’s not kid ourselves, we’ve discovered politics is pretty much only performance nowadays,” Aiken said.