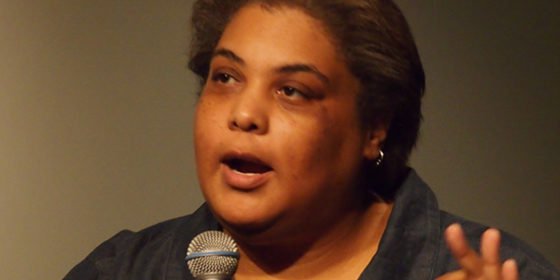 Celebrated author Roxane Gay has put her hand up to write for the reboot of popular lesbian drama The L-Word.

It was revealed yesterday Showtime was developing a sequel to the TV series. Series creator Ilene Chaiken will return as executive producer.

Gay is the best-selling author of Bad Feminist and Hunger. In January, she cut ties with her book publisher after they gave controversial mouthpiece Milo Yiannopoulos a book deal.

The bisexual author took to Twitter to offer her services on any new The L Word episodes.

She tweeted Showtime yesterday saying, ‘Dear @Showtime I will be a writer on this for you.’ Gay went on to retweet news stories about the show’s reboot.

Comedians Cameron Esposito and her wife Rhea Butcher have tweeted their eagerness to be involved in the new project.

‘Hello I, a lesbian identified person, have two years of show running experience alongside my lesbian wife @cameronesposito,’ Butcher tweeted.

Not much is known about The L Word’s reboot yet. But original stars Jennifer Beals (Bette), Kate Moennig (Shane) and Leisha Hailey (Alice) have all signed on to reprise their roles.

While Ilene Chaiken is returning to EP the show, she won’t be its show runner because she is currently the working on the Golden Globe award winning, Empire.

Beginning in 2004, The L Word was the first drama series in the United States to feature lesbians in leading roles and tell stories about their lives.