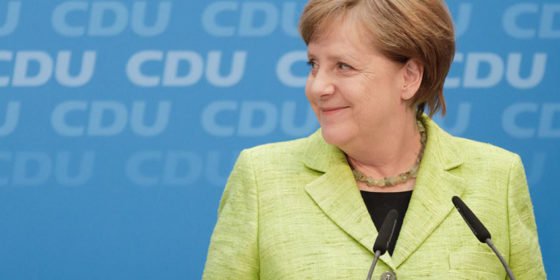 Germany’s Chancellor Angela Merkel has said it was a same-sex couple which changed her mind on marriage equality.

Earlier this week, the head of the Christian Democratic Union in Germany opened the doors to same-sex marriage.

The chancellor has been very firm in her views towards same-sex marriage claiming the ‘well-being of children’ are at risk. However, during a Q&A interview with Brigitte Magazine, Merkel’s stance on marriage equality took a turn for the better.

‘I would like to steer the discussion more into the direction of a question-of-conscience vote rather than me forcing through [Parliament] a majority decision,’ Merkel said.

She said she would have the other political parties such as the Greens, the Social Democrats and the Liberal Democrats who have all made their position on the issue clear.

The sudden change of heart shocked everyone including her own conservative board.

Merkel said an encounter with a lesbian couple changed her mind.

According to the LA Times, she said: ‘I had a life-changing experience in my home constituency.’

The chancellor attended a dinner by a woman and her partner who so happen to care for eight foster children. She witnessed how well the children were cared for.

Her encounter resulted in the realization that her stance, and those of her party, on same-sex marriage were invalid.

‘If the youth welfare service entrusts a lesbian couple with eight foster children, then the state could no longer use child welfare as an argument against adoptions,’ she said.

Merkel may have changed her mind to remain popular

Despite the Chancellor’s previous opposing views over the last 12 years, Merkel has remained in the public eye.

Many Germans support same-sex marriage, so many have wondered whether this is a tactical position.

Thomas Jaeger, a political scientist at Cologne University said: ‘Merkel switched her position now to prevent the [political opposition] from attacking her on it in the campaign.

‘About 80% of the people in Germany are in favor and she’s willing to take on a few hard-line conservatives in her own ranks.’