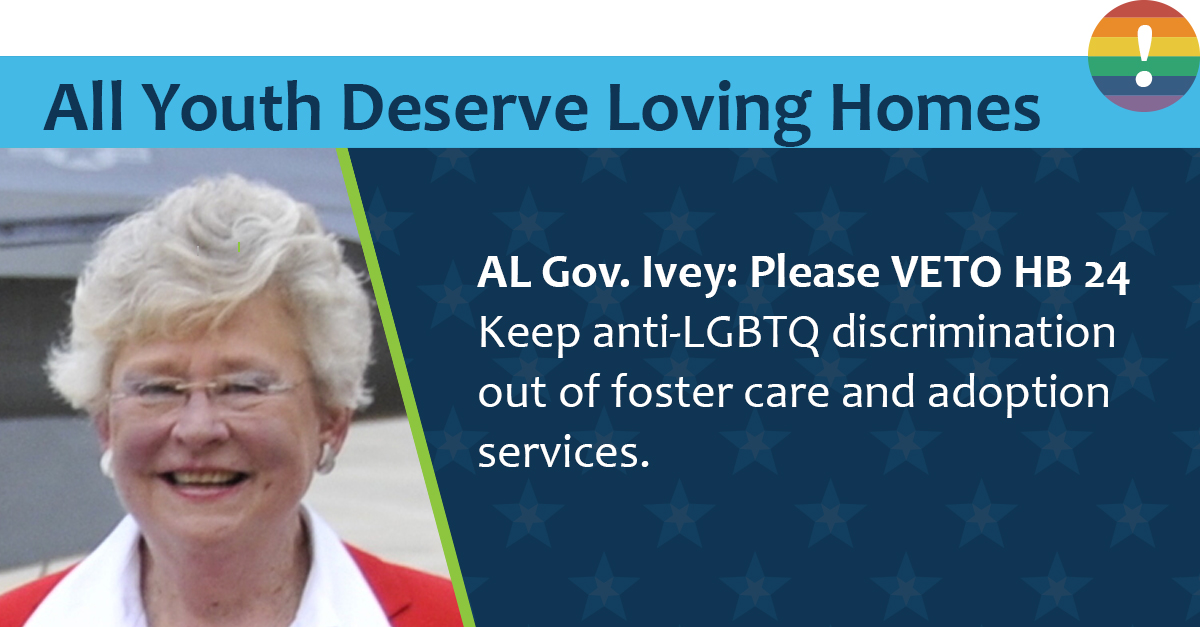 The Heart of Dixie has grown colder today. This afternoon, the Alabama House of Representatives passed HB24, deceptively named the Alabama Child Placing Agency Inclusion Act, on a 87-0 vote with 6 abstaining. The bill now heads to Governor Kay Ivey’s desk.

Alex Smith, Board Chair of Equality Alabama said, “The Alabama House of Representatives proved today that they don’t have the best interest of the nearly 5,000 children in Alabama’s child placing systems in mind. This bill robs these children of a loving home and gives the state’s seal of approval to unnecessary religious exemptions that open the door to discrimination.

If Governor Ivey signs this bill into law, my husband Michael and I – and so many other LGBTQ couples – could be discriminated against by child placing agencies and their employees.”

Equality Federation’s Deputy Director, Fran Hutchins, said, “As someone who was in foster care and adopted in Alabama, I am dismayed to see HB 24 pass. All children deserve a loving forever home, but this bill stands in the way of that. Governor Ivey has an opportunity to veto this harmful bill and have a positive impact on the lives of kids who are waiting for a home.”

Equality Alabama and Equality Federation now call on Governor Ivey to veto this shameful bill to send a message that discrimination of any kind is not welcome in Alabama. Tweet her and call her office at 334-242-7100.