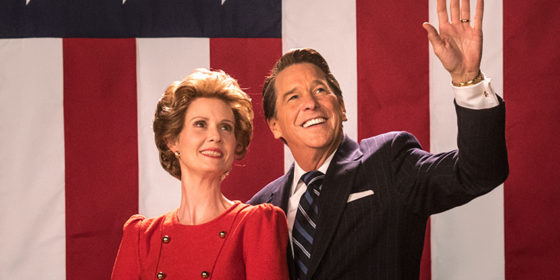 Cynthia Nixon is being eyed for a New York governor role, according to reports.

The star was named in a story by the Wall Street Journal on Friday as a possible Democratic contender for 2018.

Multi-Tony and Emmy-award winner Cynthia is of course best known as Miranda Hobbes on the seminal HBO show Sex and the City, set in NYC.

The report added that liberal groups have approached the star to stage a Democratic primary challenge against Andrew Cuomo. The current Governor has so far served two terms.

The actress has yet to address such political ambitions publicly. But she is known for campaigning for New York City Mayor Bill de Blasio in 2013. She is also outspoken about her liberal views, including speaking out in support of LGBTI issues.

‘She’d be a fantastic candidate’

The report furthermore continued: ‘The former Sex And The City star is being encouraged to run by liberal groups. Her candidacy has been floated before, but she shot it down in the past. Associates of hers said she is now considering it. She declined to comment.’

Responding to the story for the New York Daily News, Billy Easton, executive director of the teachers union-supported Alliance for Quality Education, said: ‘She’d be a fantastic candidate. She’s the sort of unusual suspect who actually excites people in this moment of time.’

Cynthia recently starred as Nancy Reagan for the TV film and political drama Killing Reagan [pictured above] for the National Geographic Channel.