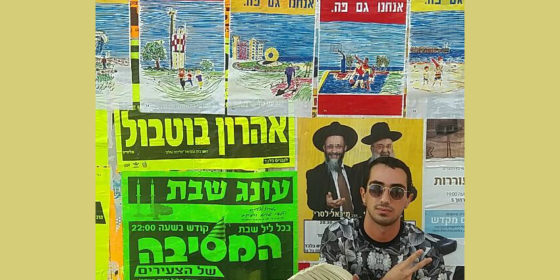 Oren Magori is a 19-year-old gay man from a small Israeli town called Ashdod. Though Magori participated in both Tel Aviv Pride and Jerusalem Pride, he is still not content with Israel’s treatment of LGBTI individuals.

In July 2017, the Israeli government announced that it will be banning same-sex couples from adopting children.

Though same-sex couples in Israel have been allowed to adopt children since 2008, adoption agencies would still prioritize heterosexual couples.

According to Haaretz, only three same-sex couples have successfully adopted children since 2008.

Now, this new announcement could make it even harder for same-sex parents to be considered by adoption agencies.

In response to this announcement, Magori decided to take matters into his own hands by creating posters and hanging them around Ashdod. 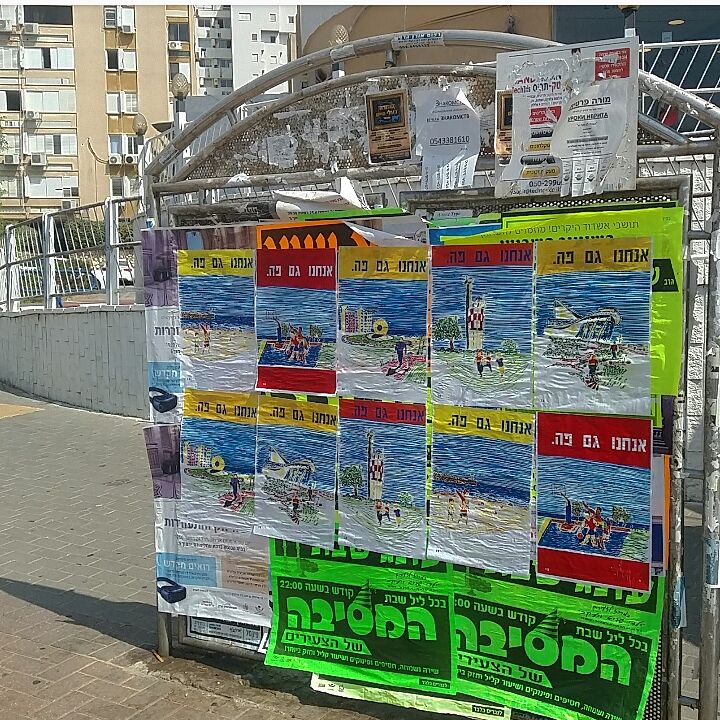 ‘The illustrations describe different every-day, human situations, in which one of the characters wears clothes colored as the pride flag,’ Magori says of his posters. ‘I’ve decided to draw them all at the Ashdod’s “hot spots” so I can convey the message – we are here too, we are everywhere, and we deserve equal rights, because we are human.’

‘After the horrific statement was published, a big demonstration took part in Tel Aviv,’ Magori tells GSN. ‘I am sure that proud people from Ashdod were present. But, because of us not being unionized under any local organization, our voice as Ashdod LGBTI residents is not being heard.’

‘In Ashdod itself, the posters I’ve made are the only form of queer protest you can currently find. Those posters shouldn’t only protest the ban on same-sex couples adopting, but should also raise the awareness to our existence in the town, outside of the so-called “Gay heaven” in Tel Aviv.’

Magori shared images of his posters on social media and was met with positive comments. ‘Many friends and strangers shared it and congratulated me for making such step,’ he says.

Magori believes that this issue affects those outside Israel as well. On the global stage, Israel is portrayed as unconditionally accepting of LGBTI people, which isn’t true.

‘Official Israeli representatives around the globe love telling the world, in English, how Israel is a LGBTI heaven. They talk about the horrific acts and death penalties taken towards queer people in Middle East, while bragging about how here, in Israel, they most-generously let us live,’ Magori says.

‘Each year Israel hosts the TLV pride parade, with hundreds of thousands of people marching and partying, including many foreign tourists. Truth is we are very far of being equal citizens,’ he explains.

‘Same sex marriage in not legalized, nor is any civil union. We are not allowed to adopt children. We can’t take part in surrogacy. Homophobia is not fully banned by the law. Conversion therapies are legal. Rabbis and ministers who get paid out of our taxes proudly and directly speak up against us, spreading homophobic ideas in the name of religion and of “family purity.”’

Magori hopes his posters educate people, on a global level, about what it’s really like to be LGBTI living in Israel.

‘I believe that if our communities shared and cooperated, our strength would increase and together we shall bring the change we are craving for,’ he states.