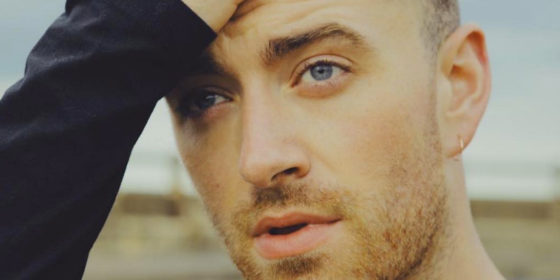 Sam Smith went out last night in a top emblazoned with a powerful statement about gender.

The Stay With Me singer has kept a relatively low profile since last year’s Oscars, which makes his choice of attire for last night’s return to the spotlight all the more interesting.

The star – who, we might add, is looking more amazing than ever – was attending a YSL party in London, for which he opted to wear a super cool sweater by Heron Preston.

On the front is an elegant, hand-drawn scene of two herons, while on the back is a slogan reading: ‘Attitude of a man, essence of a woman’.

We’re not sure if  Sam’s choice of ensemble means something to him. Or, indeed, if he’s even aware of how the words could be interpreted.

But we do suspect it’ll receive a rapturous applause from gender fluid people the world over. We also know we want this piece of clothing immediately, if not sooner.

Meanwhile, industry rumors are swirling that Sam’s about to stage an Adele-style comeback.

Recent posts on his social media imply he’s been out and about filming a new music video. We can’t wait!