Willam is looking for the woman who stole his dress | Photo: willam Instagram

RuPaul’s Drag Race star Willam has launched a search for a fan, and not for a good reason either.

The particular fan in question stole Willam’s outfit from the stage after doing a reveal.

The drag star explained in an Instagram video: ‘If a performer does a reveal, or even two like me last night, and their outfit is on the stage, that does not mean take it home with you.

‘You’re an asshole, the people that did that. And I have your pictures, and I’m gonna be calling you out. ‘Cause I want my shit back. The rest of Costa Rica, lovely.’

He has called for other fans to help him find the woman in question in multiple Instagram posts. 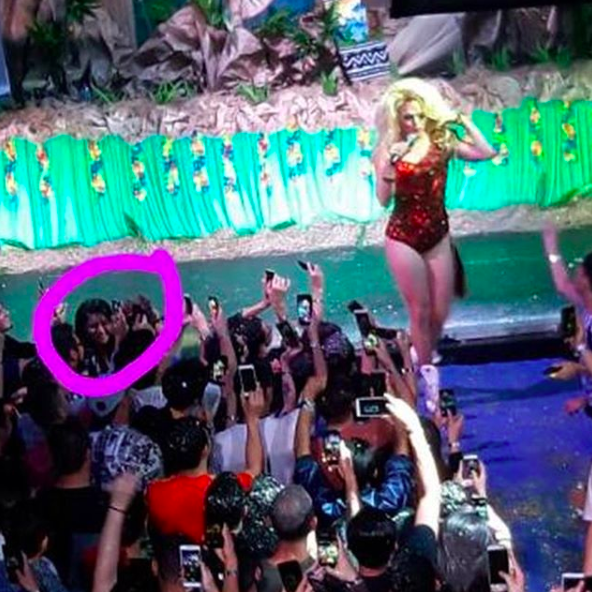 ‘Thanks for making me look snatched @marcosquared BUT WHO IS THE BITCH IN PURPLE?!? #gimmemydress’ | Photo: willam Instagram

‘She knew that that dress wasn’t hers’

He tweeted a screenshot of his hotel location. He has also offered a $100 reward to whoever returned the dress.

Fans are calling for the dress to be returned, explaining that drag is expensive and it was rude to take the dress from Willam.

Willam posted a video to his Instagram of the moment the dress was taken.

It shows that the dress wasn’t even completely off his body before a fan pulled it away.

Willam has made six posts about the dress on his Instagram now.

The post continued: ‘She knew that that dress wasn’t her’s. I had just taken off a dress one song earlier on stage and no one helped themselves to that.

‘Everyone was amazing in Costa Rica and i had a blast but this girl and her curly haired friend who are laughing in the video after they snatched it off me can go to hell.’

One fan posted a rant video to Twitter. They stated Willam is one of the nicest people they have ever met who deserves to get his dress back.