History has been made in Serbia, as out politician Ana Brnabić takes office as the country’s Prime Minister.

Ms Brnabić, 41, was nominated for the position two weeks ago by right-wing President Aleksandar Vučić, and is expected to be confirmed by the end of this week.

The politician had already made history as the country’s first gay cabinet minister, when Vučić appointed her to be Minister for Public Administration.

Her nomination as Prime Minister was approved today by a vote of 157 to just 55, despite some vocal opposition.

President Vučić said she “has all the personal and professional qualities” needed for the role.

While she is a gay politician, Ms Brnabić is clear she is not an LGBT activist.

She insisted previously: “I’m not a spokesperson for the LGBT community.

Her appointment was still met with scathing attacks from misogynists and homophobes, as well as those who accuse her of being a puppet for Vučić.

There are also those who accuse Vučić of choosing Brnabić simply for show, to demonstrate how progressive Serbia is so that it can join the European Union.

Brnabić previously hit back at detractors.

Facing the insults defiantly, she said: “I expect to receive them also in the future.

“I will respond with truths and facts that I will defend with dignity.

“I have big goals as I look to the future.

“Let’s put the past together where it belongs – to the past,” she added, according to The New York Times.

Her historic nomination has encouraged activists in the deeply conservative country, which only declassified homosexuality as a disease in 2008.

Two years after that decision, two-thirds of people still believed it was an illness. 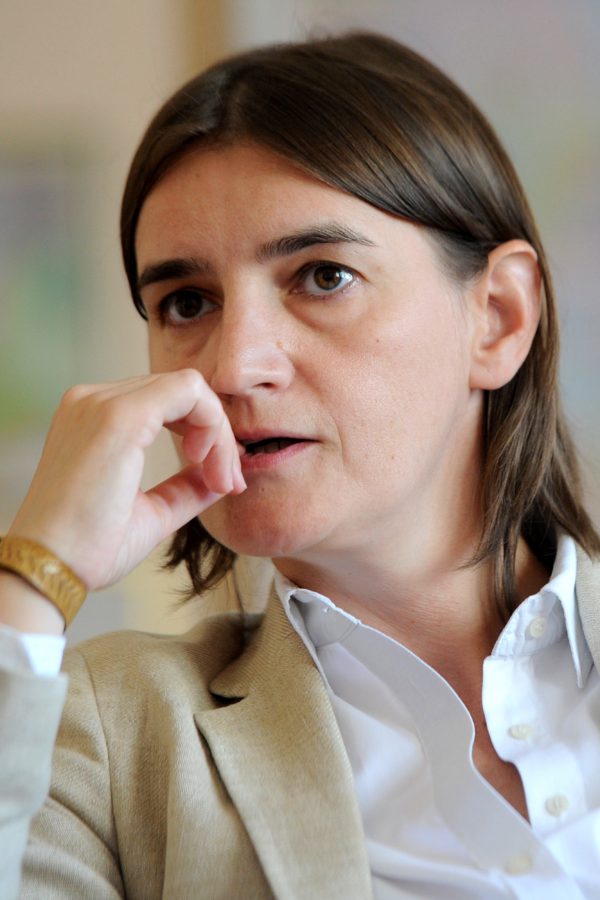 Brnabic is no activist, though. Last year she refused to lend her support to a proposal to push for legalising same-sex partnerships in Serbia.

Zoe Gudovic, 40, a social justice activist in the country, told The New York Times: “The only thing I share with Ana Brnabic is that we are both lesbians.”

She said Brnabic deserved “credit for shattering the deeply rooted notion of how a woman in the highest position of government should look like, what she should wear and how she should behave in this homophobic society.”

This did not mean she approve of Brnabic accepting the nomination, however.

“I find it impossible to accept that she is willing to be part of the nationalist, authoritarian regime that will ruin our economy, sell our country to foreigners and abolish whatever is left of a social state,” Gudovic said.