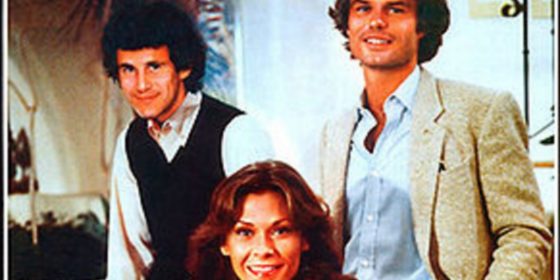 Thirty-five years ago, mainstream Hollywood movies rarely included LGBTI characters. And when they did, those characters were primarily presented in negative lights.

These characters were either sexual deviants, people to be looked down upon, pitied, vilified or scorned, or Stepin Fetchit-like comedic characters, people to be laughed at, mocked, belittled and not taken seriously.

In 1982, a movie came along offering a different representation, a positive one. This movie presented gay men as normal people with hopes, dreams, wants and desires. In essence, they were just like your neighbors.

The movie was Making Love, starring Kate Jackson, Harry Hamlin and Michael Ontkean. The story centered around Ontkean’s character, a married Los Angeles doctor, struggling to deal with his attraction to men.

While Making Love was not a huge success at the box office, many gay men report this movie gave them the courage to come out of the closet.

Screenwriter Barry Sandler shares his memories about writing the script, making the movie, and its aftermath in a new interview published on Queerty.

Twentieth Century Fox financed and released the movie. However, Sandler credits the unwavering support of Claire Townsend, Fox’s head of development, and Sherry Lansing, Fox’s head of production, with actually getting it made.

‘It took two women, by the way, to make that happen,’ Sandler says. ‘I don’t know if any men, straight or gay, at the time would have even dared to develop this.’

Sandler reports they quickly realized they were not going to get any name actors to play the two male leads. Instead, they opted for a name female lead. Kate Jackson, who had been the star on TV’s Charlie’s Angels, loved the script and readily agreed.

As for the male leads, they opted to cast two good actors who were willing to take the risk. That’s how Harry Hamlin and Michael Ontkean got the parts.

‘We ended up going with the two best actors rather than two movie stars,’ Sandler reports.

The movie only did well in major US cities in its opening weekend. But, ticket sales did offer some intriguing demographic information.

‘In Salt Lake City—Mormon town—we noticed that the biggest selling shows in the theater where it played were the 12 noon show,’ Sandler reports. ‘Meaning, guys would go off on their lunch hour, a lot of married guys, would go see this movie . . . the theater owners said they had a lot of men coming in with wedding rings on.’

Sandler came out publicly in the course of promoting the movie, a daring move at a time when few in Hollywood were publicly out of the closet.

‘I thought, not only is it important for me to give the film legitimacy, but it was important for people to see not only that a gay man could have no problem coming out, that I had nothing to fear, nothing to be ashamed of,’ Sandler says.

Today, the 70-year-old Sandler is a writing professor with the University of Central Florida’s film school. He’s also busy talking about Making Love at 35th anniversary screenings happening across the US