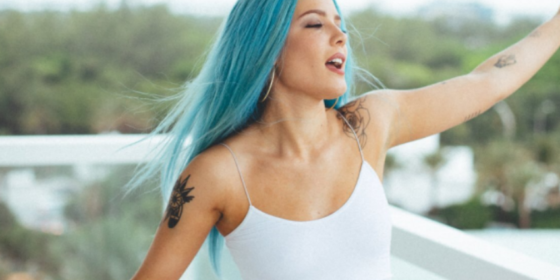 Singer Halsey has announced on Twitter her next single will be a bisexual song.

Bad at Love see’s the singer talk about past same-sex and straight relationships.

The first verse talks about a ‘boy back home in Michigan’ and a ‘guy that lives in the garden state.’

Then in the next verse, Halsey talks about a ‘girl with California eyes’ and then a ‘London girl with attitude.’

The song normalizes bisexuality in an amazing way.

Her video for single Now or Never showed Halsey in a relationship with a man. Then she is seen with a woman.

People are now inpatient for the video for Bad at Love.