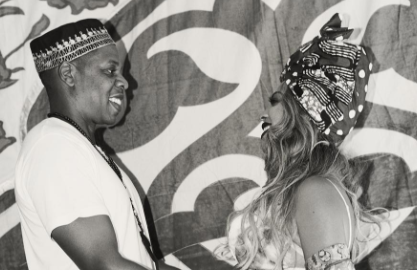 Beyoncé’s baby twins may have arrived!

There is also now, according to the insider, extra security outside of West Los Angeles Hospital.

‘Bey and Jay’s large security team, including three well-staffed Escalades, are now waiting outside the hospital for the arrival of the twins’, they explained.

To add to the theory Bey has given birth, two days ago her friend and hair stylist posted a picture of the two of them on Instagram with the caption ‘Hang in there, Mama’.

Hang in there, Mama!

The birth of the twins has been highly anticipated by all since 1 February, when Beyoncé used pictures from an extravagant photo-shoot to announce the pregnancy.

We would like to share our love and happiness. We have been blessed two times over. We are incredibly grateful that our family will be growing by two, and we thank you for your well wishes. – The Carters

We’re not the only one’s who’re excited about the potential arrival of two new baby Carters. Twitter is in uproar, desperate for confirmation of the birth.

Is Beyoncé in labor? Is Jay Z prepared? Will Blue Ivy check the twins right out the womb? Find out next time on DRAGONBALL BEY!! pic.twitter.com/R5wBJFvd9p

“what are your plans for the week?”
me: “refreshing my insta feed for a picture of beyoncé’s twins”

Apparently Beyoncé is having her twins today.
I REPEAT BEYONCE IS HAVING HER BEBEEEEEES pic.twitter.com/n2LSzvRIDp