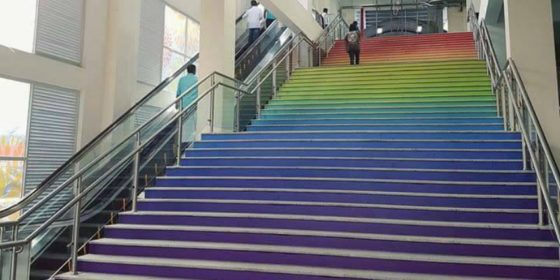 Nine trans people hired to work at Kochi Metro in India have quit in their first week because they could not afford housing. Some were even denied a lease because they are trans.

They were nine of 21 people hired in a special quota program at Kochi Metro Rail (KMRL) in the south western state of Kerala. The program was the country’s first government-led initiative to employ trans people. The trans people were hired to work in the ticketing and cleaning departments starting on June 19.

But they were forced to quit because their salaries were not enough to pay for rent in a safe part of the city.

‘It is difficult for us to get an apartment for rent on our own,’ Raga Ranjini told Times of India.

‘Though there are many vacant houses for rent, the owners refuse to hire it out to us. We’re forced to stay in lodges coughing up over Rs 600 per day. The problem of finding a shelter turned out to be an unexpected issue,’ Sheetal Shyam, a ticketing officer told the Deccan Chronicle.

Both are working on the same contract jobs and we can only take level-playing action,’ a senior KMRL official said.