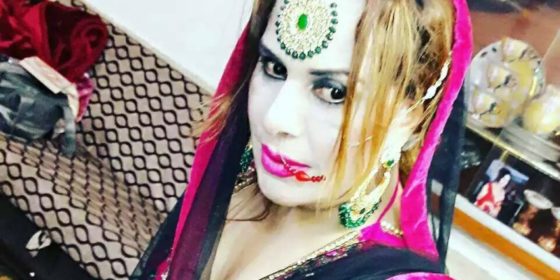 The first passport registered under a ‘third gender’ for trans people has just been issued in Pakistan.

Long-time trans advocate Farzana Jan made history when she applied for and successfully received a passport with gender marked as ‘X’.

Farzana is the co-founder and president of TransAction Alliance. She applied for the passport six months ago. But she was told it would not be possible to have a passport issued under a third gender. Officials said the National Database and Registration Authority (NADRA) system would need to be updated.

‘But I hadn’t abandoned the task of adding a separate column, and finally they (Nadra authorities) have added the column for transgender,’ she told The Express Tribune.

‘I am so happy to be recognised by the Directorate General of Immigration & Passports that I am a human and has a gender other than male and female.

‘It’s the biggest milestone for all the transgender community of Pakistan that they will now get a passport having a separate column about their gender.’

In 2011, the Supreme Court of Pakistan ruled that passports and computerised national identity cards (CNICs) should include a column for trans people.

Earlier this year the Lahore High Court ordered the Pakistani government to include trans people in the March census.

Trans advocates around the country celebrated Farzana’s achievement and said it gave hope to others waiting to have their passports approved.

‘The occasion is as joyful to us as the addition of the third gender to our CNICs by NADRA. It will make it convenient for our community members to travel across the world without having to fear discrimination,’
Qamar Naseem of Trans-Action Khuber Pakhtunkhwa and a member of Chief Minister’s Special Committee on Transgender rights told MangoBaaz.

’44 other people from our community have also applied for a trans-passport and we’re immensely hopeful. We’ll now start petitions for the issuance of trans driving licences and trans train tickets, as well.

‘We would like to thank the Government of Pakistan for their cooperation.’