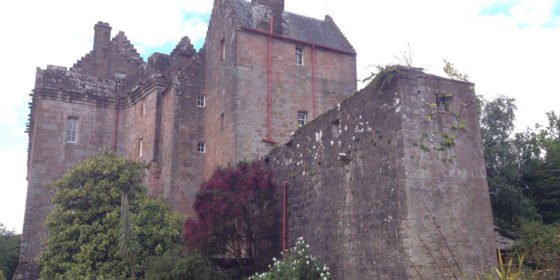 ‘We’re the Arran Ceilidh Band…’ announced the band-leader in a strong Scottish accent, while his co-members adjusted their array of traditional instruments. ‘We’re going to play some music, because that’s what we do. I hope you like it.’

I was in a restaurant in Brodick on the Isle of Arran, looking out across the water. It was a small, unassuming place, but on a Saturday night it was full of people and folk music.

In many ways that sentiment of: ‘This is what we do, hope you like it…’ is probably the perfect tourism slogan to describe the Isle of Arran.

It’s a unique place. Undeniably Scottish, almost intensely so. Tourism is the island’s major industry, but this is a place that feels very real, a place where people live, a place where the traditions and realities of life on an island off the coast of Scotland is authentic, unapologetic, and unforgiving.

You can get to Arran swiftly by taking a ferry with the award-winning Caledonian MacBrayne, also known as CalMac. You can enjoy their comfortable facilities while heading to an array of remote, magical island destinations throughout Scotland, from Barra to Gigha to Skye. 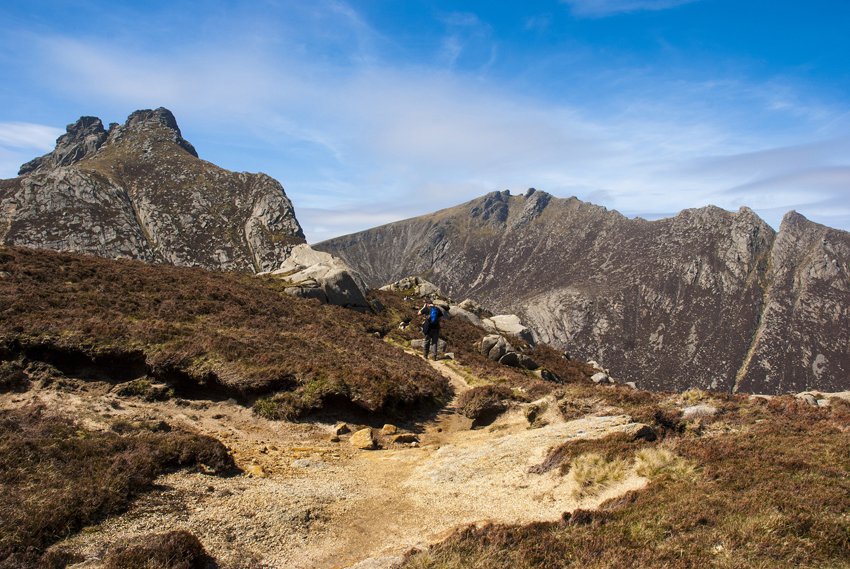 Arran, meanwhile, is only an hour across the water from Scotland’s west coast on CalMac. But it feels a world away from the gritty bustle of Glasgow or the sedate grandeur of Edinburgh.

Approaching the island, the dramatic coastline gradually comes into view, emerging from the water, promising a glimpse into a different way of life, a change of pace.

I was there for a weekend in June. I found the people of Arran to be incredibly welcoming, and the island offers a huge range of things to do and experience. Here’s what I learnt during my visit… 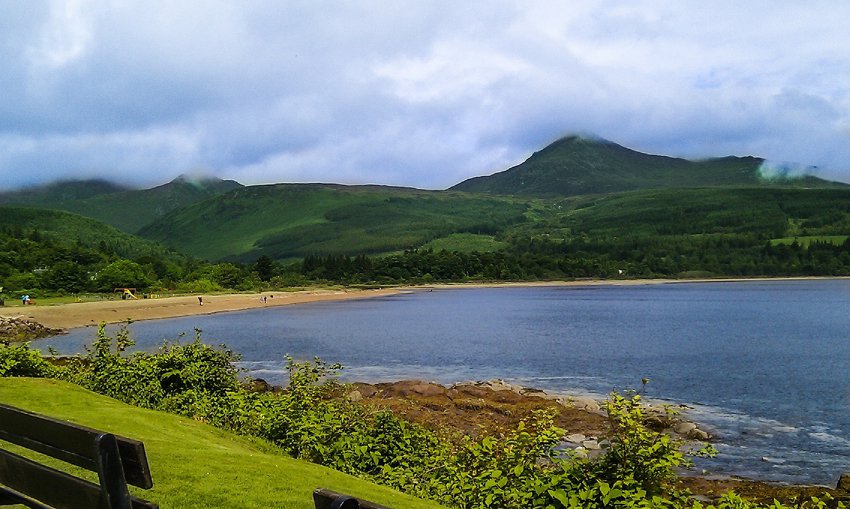 Is the Isle of Arran welcoming to LGBTIs?

I told everyone that I met that I worked for Gay Star News. People were interested, polite, not really bothered. A few people mentioned local gay and lesbian couples, people they knew running businesses or who had recently married.

I’d seen a number of gays and lesbians on the ferry on the way over, I wanted to know whether the LGBTI market was something that tourism promoters on the island were targeting:

‘We don’t really target anyone specifically…’ explained one operator. ‘We want to welcome everybody – whether you’re gay, a family, if you have accessibility needs, or if you’ve got a dog – we don’t want to make a big deal of it, just be welcoming.’

If you’re wanting a taste of Scotland, then Arran is a great way to do it. If you’re a couple looking for a romantic minibreak; a family looking for activities to entertain the kids; a group of friends looking for some outdoor activities, or if you’re looking for a destination where you can take your dog with you – Arran gives you all of that. Just don’t expect anybody to make a big deal of it. 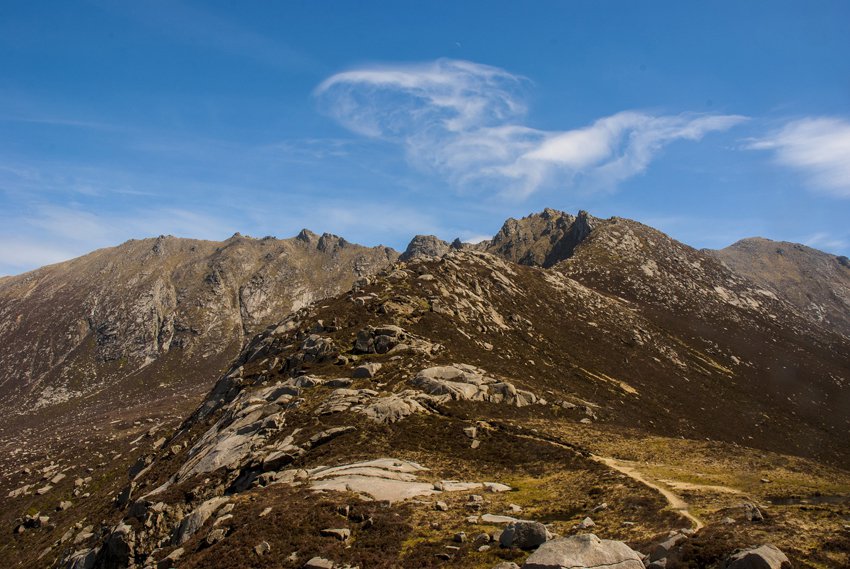 Settlements on the island have been dated back to the Neolithic period (possibly around 4500BC), and the standing stones and stone circles that can still be seen today are from the early Bronze Age (possibly around 2000BC).

Control of Arran has shifted numerous times across the centuries – ruled from Ireland as part of the kingdom of Dalriada; ruled from Norway as part of the Viking empire of Magnus III; ruled by Alexander III of Scotland; often contested by the English; and held by various clans throughout the years.

Arran was caught up in the Highland Clearances of the 19th century. Alexander, the 10th Duke of Hamilton – the Earl of Arran – forcibly evicted tenant farming families, leading to widespread emigration from the island, the removal of entire villages, and the devastation of the Gaelic culture that had been part of the island’s identity since the 6th century.

Today about 5,000 people call the Isle of Arran home. One of the biggest challenges facing the island’s tourism industry is recruiting the staff required to run the hotels, restaurants, and activities. Attracting people from the mainland isn’t easy, agency staff from Europe hard to come by. 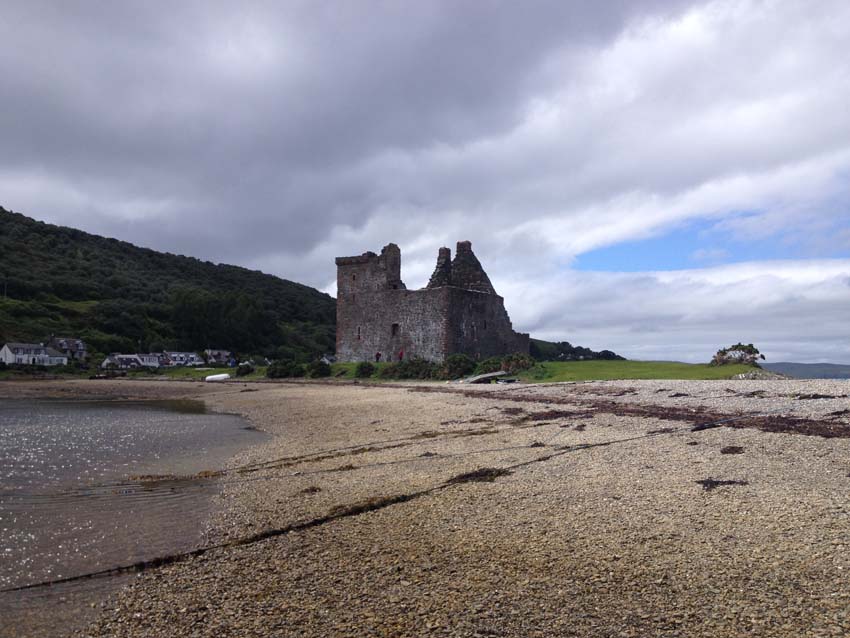 The ruins of Lochranza Castle 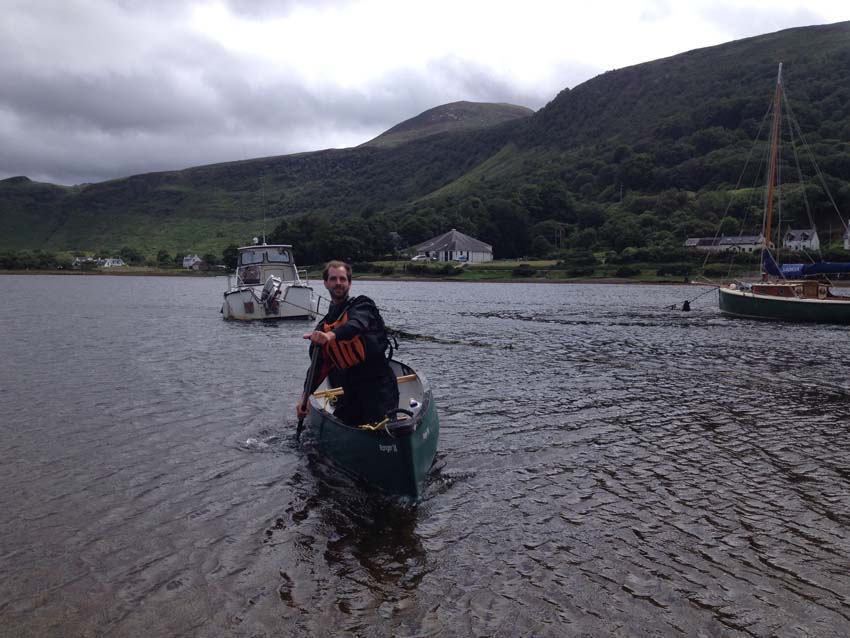 Bonding with Magnus the horse on Blackwaterfoot beach, as part of a Cairnhouse Riding Centre trek.

How to get there 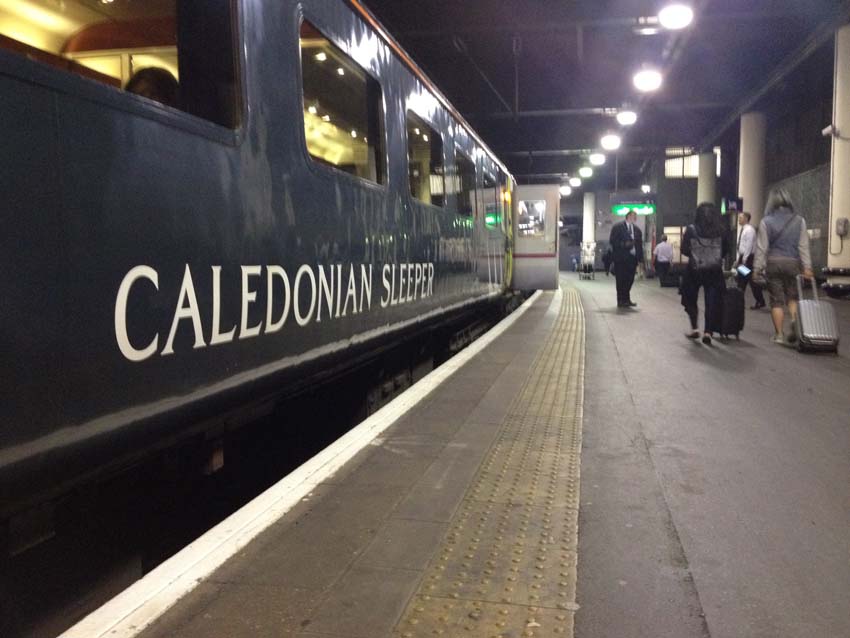 Arriving into Glasgow Central Station on the Caledonian Sleeper 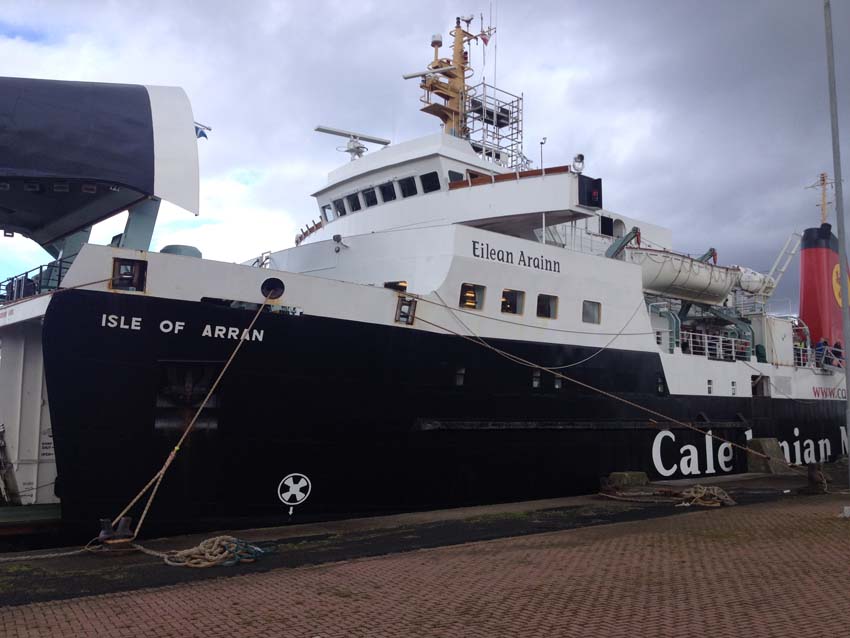 Loading the car onto the Caledonian MacBrayne ferry at Ardrossan 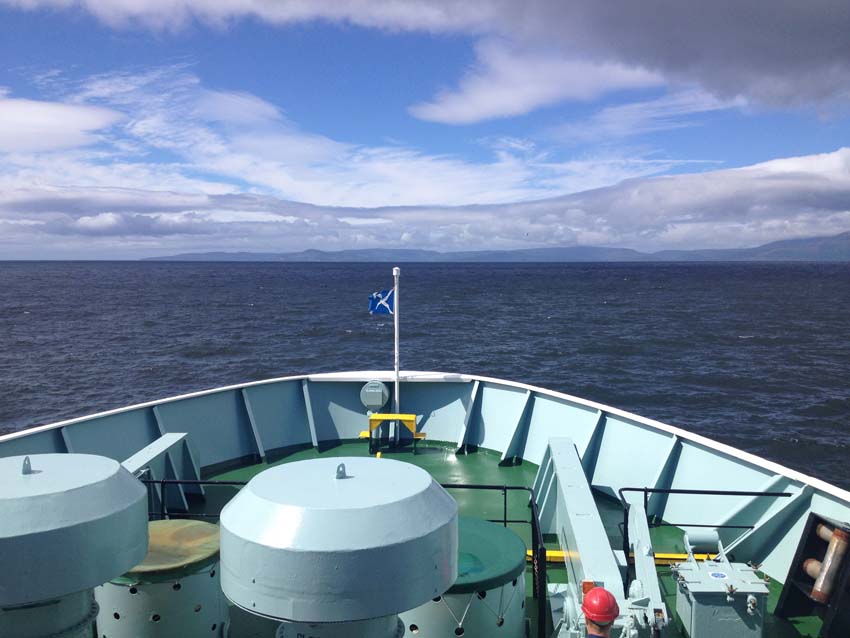 Approaching the Isle of Arran 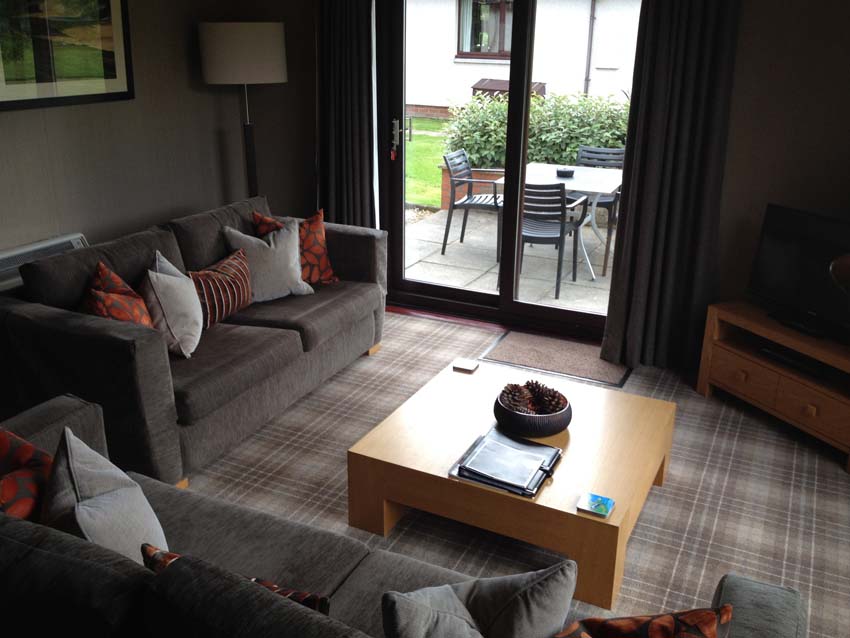 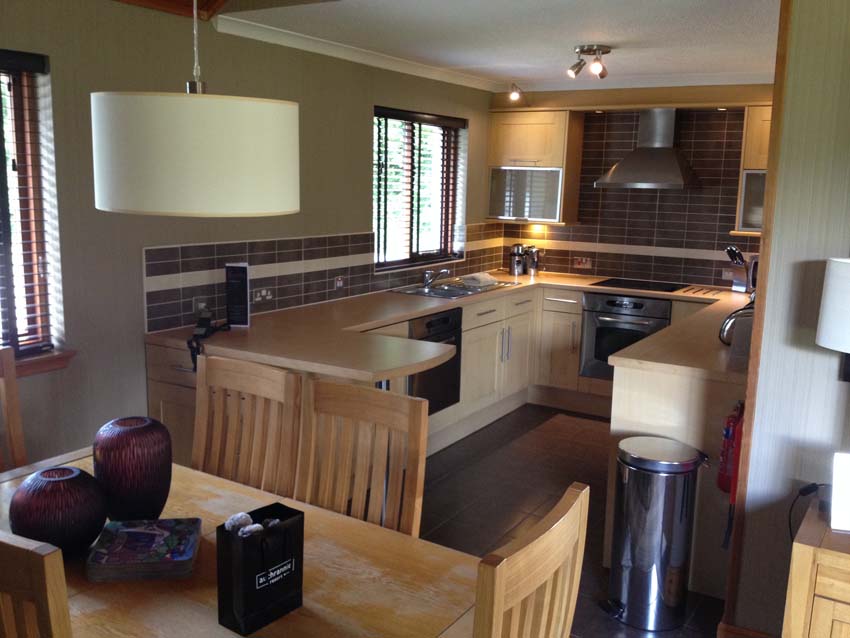 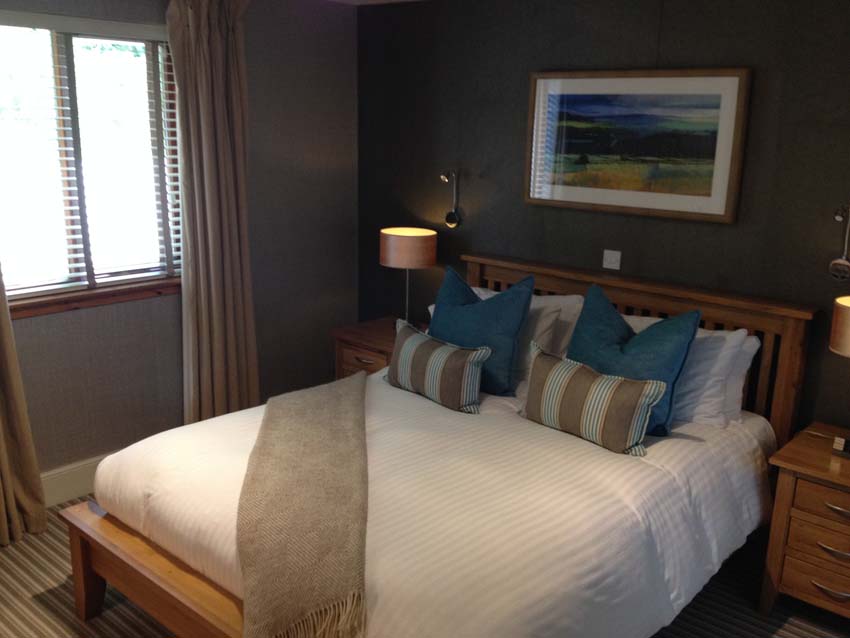 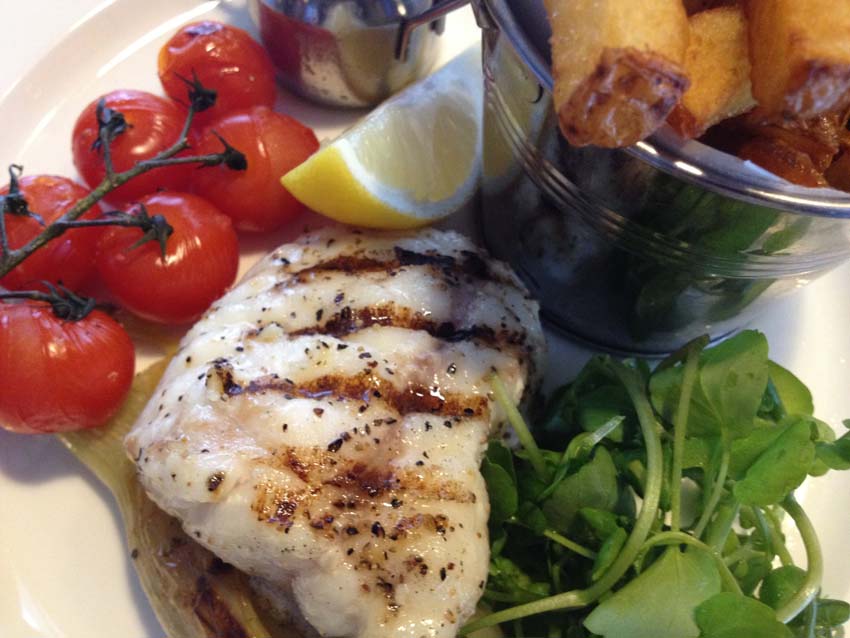 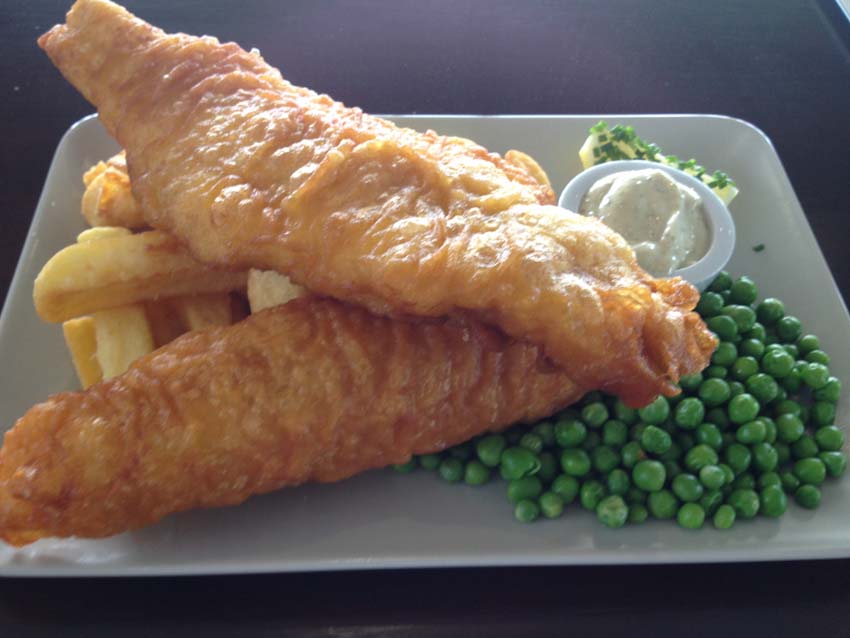 Fish and chips at the Kildonan Hotel, Isle of Arran 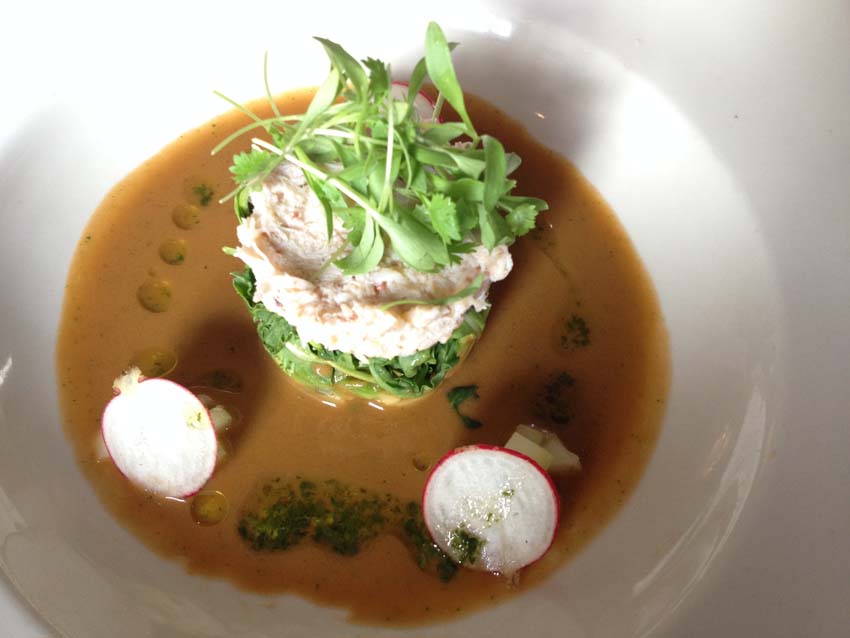 Tian of crab with gazpacho at Fiddlers’ Music Bar, Isle of Arran

Gareth Johnson travelled to the Isle of Arran courtesy of Caledonian MacBrayne and Visit Arran.

CalMac is a client of Gay Star News

Top three pictures by Pixabay. All other pictures author’s own