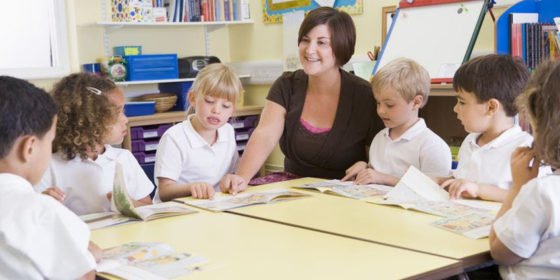 An Orthodox Jewish school in London faces closure after failing to teach their pupils ages three to eight about LGBTI issues.

For the third time in a row, The Vishnitz Girls School failed their Ofsted inspection refusing to meet government requirements.

Inspectors visited the school last month and said the school failed to give ‘a full understanding of fundamental British values.’

By refusing to teach students about sexual orientation, the Jewish school is in breach of equality laws.

‘This restricts pupils’ spiritual, moral, social and cultural development and does not promote equality of opportunity in ways that take account of differing lifestyles,’ inspectors reported.

The school’s approach resulted in pupils being ‘shielded from learning about certain differences between people, such as sexual orientation,’ the report continued. ‘The school’s culture is, however, clearly focused on teaching pupils to respect everybody, regardless of beliefs and lifestyle.’

Vishnet Girls School is a private school holding 212 pupils and charges £5,200 ($6,600, €5,900) a year. Though there are different requirements for public schools, under the Equality Act 2010, they are required to teach these issues.

The investigators said the school does in fact acknowledge the act. ‘However, they acknowledge that they do not teach pupils about all the protected characteristics, particularly those relating to gender reassignment and sexual orientation.

‘This means that pupils have a limited understanding of the different lifestyles and partnerships that individuals may choose in present-day society,’ the report said.

Vishnet Girls School is not the only one facing closure for failure to teach modern gender issues.

According to Schools Week, six other schools including Bnos Zion of Bobov have also failed their Ofsted inspections.

These schools have failed their inspections because they had ‘no reference to protected characteristics for sexual orientation and gender reassignment.’

The school will be taken off the independent school registrar if they refuse to teach pupils these issues. This means it will be a criminal offense to remain open according to British regulations.