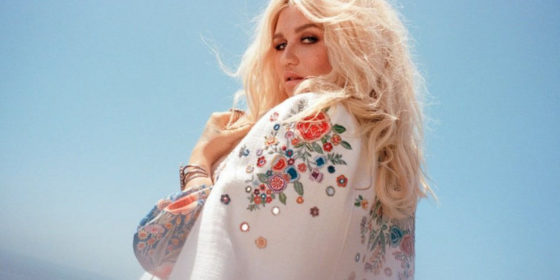 After a long bout with legal battles, Kesha is making a big comeback. She released three music videos for her upcoming album and Tuesday morning announced the Rainbow Tour.

This music tour will be her first solo outing since 2013’s Warrior Tour.

Starting on 26 September in Birmingham, Alabama, the six-week tour takes the singer across North America performing old classic as well as new songs from her upcoming album Rainbow. The album is set for release August 11 and every pair of concert tickets comes with a physical copy of the album.

‘My new album ‘Rainbow’ is dedicated to my fans,’ said Kesha. ‘And I’m so excited to be able to invite you all to come boogie with me on my new Rainbow Tour. I would not have made it to this point without my animals and supporters so now come out and join the celebration with me.’

Plus, Kesha has three live performances scheduled leading up to the tour.

Brand new tour for the animals