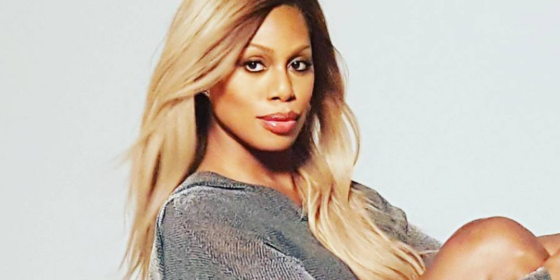 Orange Is the New Black star Laverne Cox has bravely revealed she was once in a relationship with an emotionally abusive alcoholic.

The trans activist opened up about her relationship history in a new interview with Grazia.

‘My biggest regret is that I dated an emotionally abusive alcoholic for four years,’ she admitted.

She went on to explain: ‘I believed that because I was black and trans, he was the only man who’d ever love me. The relationship almost killed me.’

Laverne also shared one of her biggest dating disasters to the publication.

‘Years ago I was on OKCupid,’ she said. ‘I had an hour and half to finally meet this guy for a drink – I’d been talking to him for months. He arrived and looked nothing like his pictutes but I persevered. I realised I was doing all the talking. I hate that and he said, “I’m just imagining being back at your apartment naked.”‘

Furthermore, she added: ‘I looked at him and took $20 out of my purse and said “I’m going to go now. Have a lovely day.”‘

Dating douchebags aside (we’ve all been there, Laverne), the actress did also find time to address pleasanter topics.

She admitted she’s most proud of having ‘inspired others to live more authentically as themselves and to transition. A lot of people tell me they’ve been inspired by my story.’

Laverne, of course, stars in Orange Is the New Black as the lovable Sophia. What’s more, the fifth season is available to stream online now.