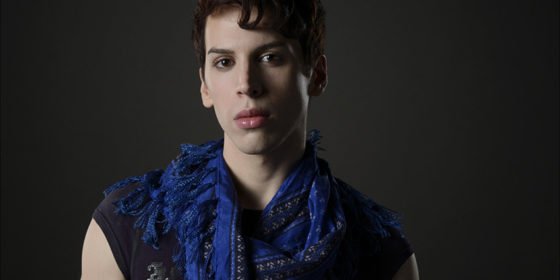 Orphan Black is one of the best LGBTI series in the past decade, and in its final season star Jordan Gavaris has decided to come out.

Playing the gay character Felix Dawkins, the brother and sidekick to main character Sarah Manning, Gavaris admitted it was a ‘tricky’ thing to say.

‘Nobody ever asks me. I’ve never been asked. Like, the whole course of the series,’ Gavaris told Vulture, admitting it wasn’t something he was jumping up and down to
talk about.

Gavaris has been out to his family since he was 19, but now eight years later he decided it was time to speak openly.

‘Maybe I wouldn’t have the same impact as someone like Colton Haynes or Gus Kenworthy or something,’ the Orphan Black star says.

‘But even one person who feels more comfortable, who sees themselves represented in some way—that just started to be more important than protecting myself.’

Gavaris has said he hopes we get to a point where no one has to ‘come out’.

‘I hope that one day, the world gets to a place where you don’t need to politicize your sexuality any more than someone needs to politicize their race—that we can just act and we can exist in this zeitgeist, telling stories about one another,’ he added.